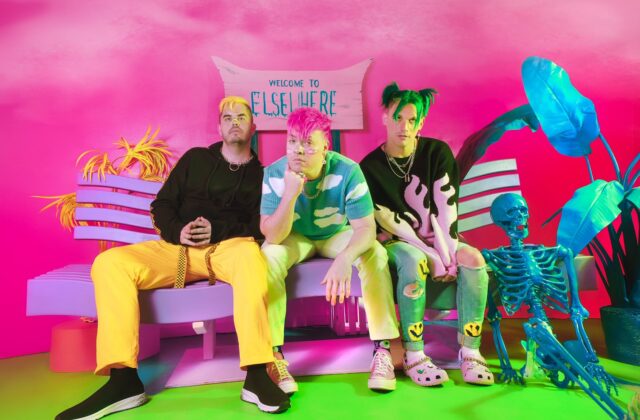 With a new single, “Skeleton,” already released, Set it Off is officially back on tour in 2022. The “Welcome to the Elsewhere” tour features two amazing dates in Florida this coming weekend. The first show in on January 21st in Fort Lauderdale at the Revolution Live and the second show on January 22nd in Orlando at the House of Blues. These two shows back-to-back are set to be the biggest shows of the year so far and are not ones to be missed. With a fantastic blend of pop-punk, guitar riffs that strike every nerve, and vocals that are poetry to the ear, Set it Off is set to bring the party back to Florida. Joining them will be Stand Atlantic, As It Is, and No Love For The Middle Child. (GET TICKETS HERE) Set It Off Tickets Orlando 2022

There are many bands that blend a form of pop and punk to create a unique sound, but none is more prolific than Set it Off. Currently consisting of Cody Carson on lead vocals, Maxx Danziger playing the drums, and Zach DeWall as the lead guitarist. Formed in 2008 in Tampa, FL, Set it Off has seen a total of five different studio albums and two record labels; through all the change, one thing has stayed the same: the level of energy and love put into each album released.

After a collection of Ep’s and singles released on their own, the band signed to Equal Vision Records in 2011, releasing their first EP Horrible Kids shortly after. The band would go onto release three more albums, Cinematics in 2012, Duality in 2014 and Upside Down in 2016. With each album, the band evolved with members and sound, with the last album at Equal Vision Records being the most pop album out of the four. In 2018 Set it Off left Equal Vision Records and signed with Fearless Records. In 2019 after joining a new label they released their newest and most explorative album yet, Midnight.” Two years later in 2021, within the midst of the pandemic, Set it Off released the deluxe version of Midnight.”

We’ve teamed up with Live Nation FL to bring you some Free GA tickets to Set It Off at House Of Blues in Orlando on January 22, 2022!

Set It Off Concert Tickets Orlando Preview 2022 by Juergen Boehmer.