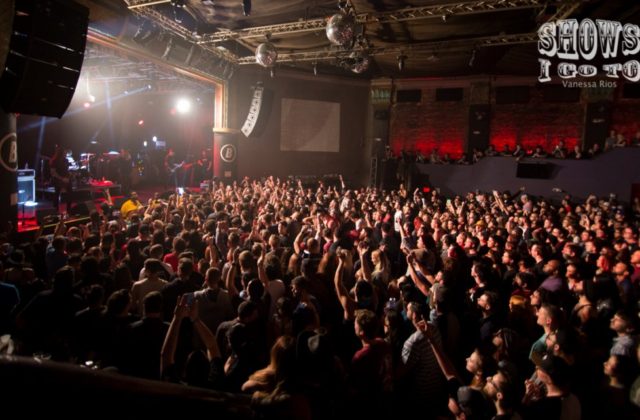 As the restless blacked-out venue awaited for five bodies to take the stage, chills ran up and down my spine. Seconds later, a drum beat, a sick guitar riff, and a pounding bassline intro poured out of the speakers. A post-hardcore band known as Saosin ended my 13-year withdrawal with “Racing Toward a Red Light.”

And you’ll decide how it’s gonna be…”

Anthony Green. Beau Burchell. Chris Sorenson. Alex Rodriguez. I met all four gentlemen on a gorgeous Wednesday afternoon in downtown Orlando. Phil Sgrosso [touring lead guitarist (As I Lay Dying, WOVENWAR) since Shekoski is gone] was not present. It would’ve been cool to meet you, Phil. You ARE part of the magic that is Saosin. Getting to personally meet the guys was awesome! The talented musicians were so kind and chill. They were all down for hugs. Anthony complimented me on my TMNT tee. I randomly threw that shirt on before leaving the house, but as the compliment left his mouth, I remembered that his boys dig TMNT. I mentioned the site to him, and he asked if I was reviewing the show. “Yep” (My apologies for being so behind. I blame work for the delay. But now this late review allows me to plug in a couple of other things. 😉 ). I posed awkwardly with the guys and received my signed tour poster. As the rest of VIP had their pictures taken and signed posters handed to them, we all hung out waiting for the next activity.

Beau and Alex left leaving Anthony and Chris with acoustic in hand. Anthony asked us to gather around. He thanked us with sincerity for supporting the band and being part of the journey. The acoustic set was “3rd Measurement in C,” “Seven Years,” and an unreleased song his buddy Jeremy from Moments in Grace wrote. The intimacy of the set was blissful and real. After the last song, Anthony said that from the moment he leaves until he steps on stage, he would be stuffing himself with tacos. He thanked us again, and he and Chris left to go get some dinner. 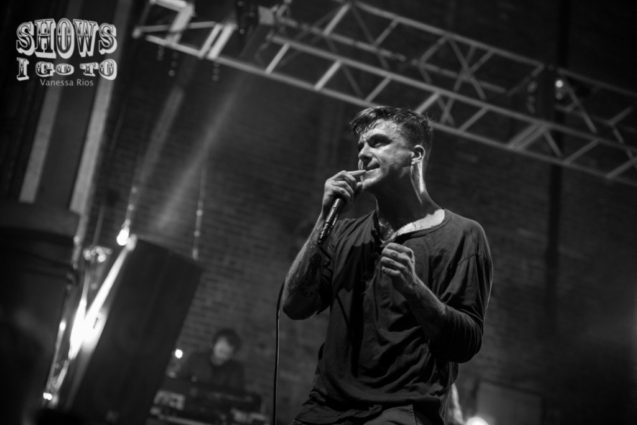 VIP wrapped up close to 6:45pm. We all hung out and found our spots for the night. Prior to VIP, I had been texting with Vanessa and Garrett. I knew Vanessa was photographing the show, so I kept her in the loop with the set times. And later, Garrett wound up coming to the show. 🙂 The two joined me on the house left staircase.

Young and Heartless opened the show. I was stoked to see them; I’ve always enjoyed their sweet tunes. They are what I like to listen to when I’m just hanging out. LIMBS followed. The Tampa natives were a little more on the harder, metal side. I wasn’t as prepared for them as I should have been. Their first couple of songs reminded me a little bit of Thursday. I think part of that had to do with lighting, but I think there was a little Thursday influence there. The guys were totally deserving of being on the tour. It’s just my ears were ringing after their set, and I was not really a fan of that.

As LIMBS walked off stage, the venue grew with anticipation. The late show goers started filing in, and the floor filled up fast. Garrett finally joined Vanessa and I. We all chatted and briefly caught up. V went into the photo pit to take some intoxicating photos. The lights went out for a few moments, and the only visible lights were the exit signs and the lights on the amps and monitors with some intro music. The crowd grew louder by the second, and Saosin took the stage. “JUMP!” screamed Anthony. Fittingly, the stage was lit up in red, and the house was going nuts. 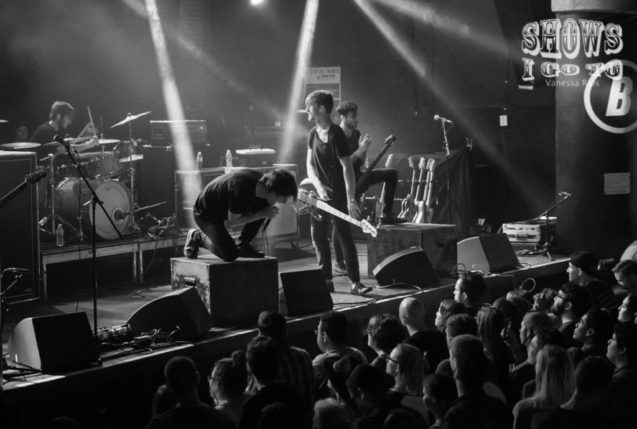 Pits happened, crowd surfing was non-stop. Anthony was quite vocal during the show. He called out security. One dude just dropped to the floor when he came over the barricade. Security didn’t assist him at all. Green made vape jokes. He poked fun at all the vapes that were in the crowd. He even said the smoke machine under the stage was just a giant vaporizer. He had the fans that were vaping to simultaneously vape to fill the venue. It was pretty funny. It smelled nice too, there must have been tens of different vape juices similar to the Vapewild e-liquid that’s available. It’s almost as if they wanted us to be vaping with the number of vape jokes there were! I’m kind of tempted to look into a few now, as the smell was so good in there! One I’ve heard a lot of good press about is the vaporisateur pax 3, and with it being portable I guess it’s pretty easy to take around with you. Anyway, there was a lot of love between Green, Burchell, and Sorenson. At some point in the show, he did give props to Phil. Those riffs, man. I can’t get enough of them. The riffs and solos are a big draw for me.

said Anthony as they closed out the set with “Seven Years.”

No idea if Vanessa got any shots of it, but after all the music was said and done, Anthony came back out on stage. This time, without any pants on. He was in his camo boxer briefs and danced to “Hotline Bling” for a delicious second or two.

Since this show and the announcement of the Tampa date of the Taste of Chaos Tour, Saosin has been added to the lineup. 😀 I’m glad I don’t have to make a trip out of state for this now. Oh, and according to Eddie Reyes’ IG, “…but the record is done and I’m heading home 🙂 . Peace out…”

It’s going to be an awesome summer of shows with new music from some of my favorite acts!!