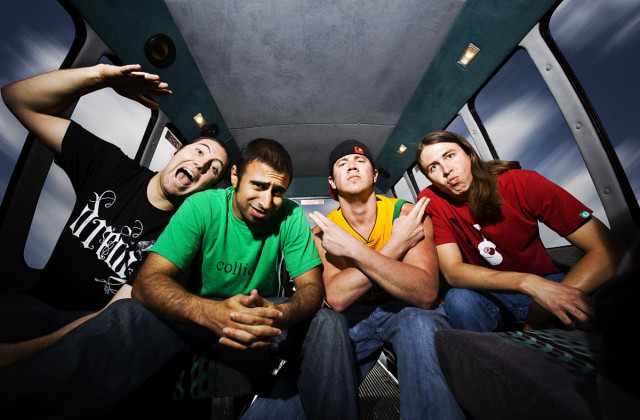 It finally happened! On Sunday, January 10th, I finally got to see my favorite reggae band, Rebelution, for the first time at Hard Rock Live Orlando. Ever since I started listening to these guys early last year I’ve been wanting to see them live and, at last, the dream was fulfilled. As it turned out, their performance was even better than I could have imagined!

The opener, New Kingston, must have put on a great show also because when I arrived, the crowd had filled the floor and everyone seemed to be radiating happiness and positivity. When the lights dimmed and Rebelution punched in with their first song of the night, “Green to Black,” everyone around me started screaming and dancing. I naturally found myself moving along to the groove in short time.

One thing that makes Rebelution a more prominent act is their bombastic stage presence. From the very beginning, they were exploding with excited energy and blazing riffs. As a live experience, they sound so much fuller, brighter, and more detailed somehow. There’s definitely an added element to being there that the recorded music does not capture. For instance, I never realized how good Eric Rachmany was at guitar until seeing him rip little solos all over the songs. Actually, every member of the band nailed their parts more interestingly than the recordings if you ask me.

This was the first reggae type of show I’ve seen where the majority of the crowd could be seen with their hands in the air cheering for just about every song. I was very pleased with the set list; I had copied it for my own use by the end of the night. It was as follows:

My favorite songs of the night were mostly the ones off of the albums Peace of Mind and Count Me In. Regardless of the album, I think just about anyone can relate to the feels of this band overall. The soulful, loving lyrics and happy vibes are what they’re all about. As simple as they can be sometimes, it’s hard not to love them. I will say though, it helps even more to have a certain kind of aroma flowing through the air. 😉

Anyway, as it stands, this has been my favorite show of the year so far. This one sets the bar very, very high for all other shows to come. Don’t miss these guys if you get a chance to see them, especially if you haven’t seen them before!