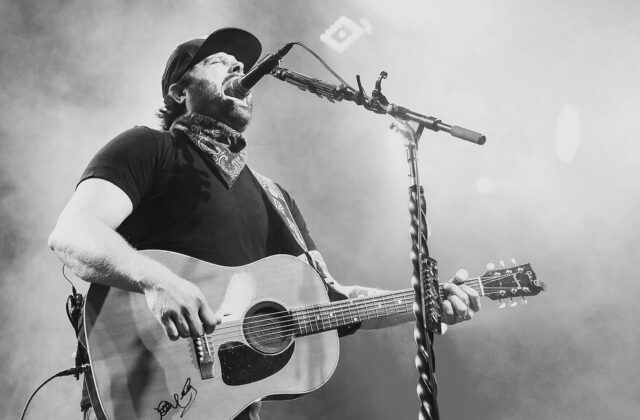 Randy Houser is back on tour, traveling the country, playing Magnolia for all to hear. His first stop of the tour is this Friday, January 28, 2022 at the Orlando House of Blues. Make sure to buy your tickets to catch Randy Houser live as he sings his best work of art to date (TICKETS HERE). For a brief moment there is silence, and then without hesitation, there is a single strum on the guitar and that’s when it hits… The guitar picks up and the subtle beat of the kick drums falls into place and after only 19 seconds, Randy Houser and his deep, strong voice begins to belt out the tune. This was the opening to “Boots On”, which was the first song on his debut album Anything Goes, which was released in 2008. Randy’s first work was a fresh look at country music, a genre that had seen many changes since the ’90s Garth Brooks had become infamous. Anything Goes dared to be different, with a taste of rock, a pinch of blues and the ever so gentle feel of soul and love that made the album feel like home.

The formula that Randy Houser used in Anything Goes was so successful that he used it on three more albums, spanning eight years. Each following album had its own spin, making it unique from the previous, but each album still felt similar to Anything Goes. His second album They Call Me Cadillac was more pop inspired with guitar riffs that blended, while his third album, How Country Feels, was more rock and roll incorporating hard hitting drums that thumped throughout the album. His fourth album, Fired Up, was his most at home and reflective album of the bunch, exploring who he was, and how exactly he ended up to where he is.

In 2019 however, Randy flipped the script and threw out the formula that garnered him so much mainstream success. He started fresh, with a new sound and unique songs that gave the impression he was sitting next to you telling a story. Magnolia was the product of a new Randy, and it felt more real than all his other albums. With a glimpse of rock and a hint of pop, Randy had found a way to blend alternative rock and the country pop that dominated the music industry.

We’ve teamed up with Live Nation FL to bring you some Free GA tickets to RANDY HOUSER at House Of Blues in Orlando on January 28, 2022!