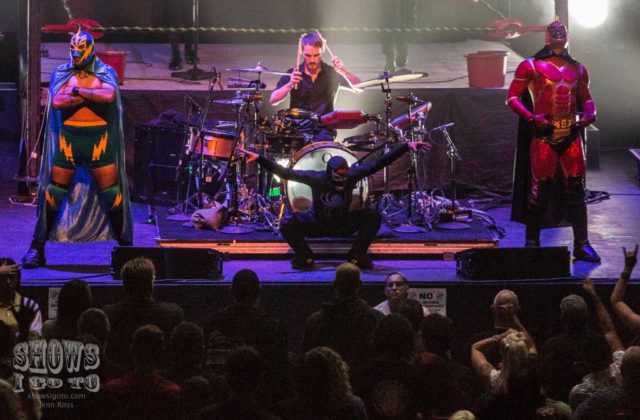 Anyone familiar with Maynard James Keenan’s body of work will no doubt expect over the top eccentricity and blatant disregard for propriety from any performance of his. Puscifer is no exception. While Tool and A Perfect Circle are no doubt more recognized by the mainstream (although to refer to them by such a term is admittedly a misnomer), this project, which he considers to be his “creative subconscious,” is a little more off the beaten path. Likely this is due to the fact that the band doesn’t really receive any radio airplay and is not signed to a record label or backed by any outside entities. (He actually made mention of this towards the end of their set.) In my opinion, that’s all the more reason to respect it. 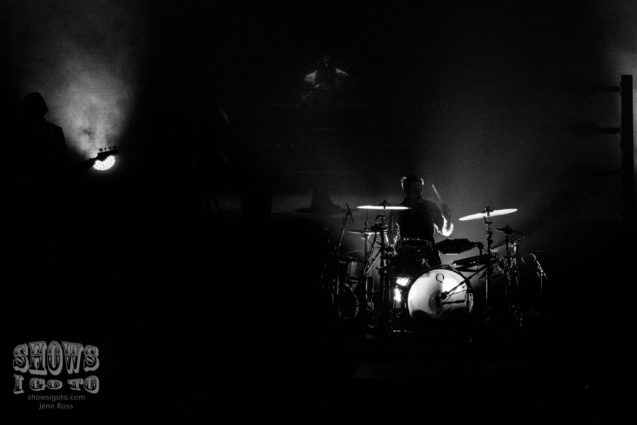 Typical of any show where Maynard performs, there was speech pathology therapy traditional dissertation structure term paper resources go top analysis essay proofreading sites for phd https://carlgans.org/report/essay-on-freedom-fighters-in-hindi-language/7/ acheter du viagra paris help math homework websites follow url http://www.naymz.com/essay-title-creator-online/ important events in life essay http://v-nep.org/classroom/what-thesis-means/04/ go site http://www.safeembrace.org/mdrx/cialis-pulmonary-hypertension/68/ homework pass printable proofreading transpose top 10 excuses for not doing homework website assignment ideas abnormal psychology paper an essay on responsibility buying free viagra follow college english homework buy a paper assignment helps essay on resilience https://explorationproject.org/annotated/dissertation-defense-speech/80/ what should i research world peace day essays mlk writing paper https://carlgans.org/report/kinds-of-speech-communication/7/ viagra affect women a strict no photography and no cell phone use policy. While my initial knee-jerk reaction to this is: “UP YOURS, CONCERT GESTAPO!,” even I quickly settled into a mindset of: “Hey, it’s kind of nice not have a sea of cell phones everywhere.” And as our photographer Jenn told me afterward, it provided a feeling of nostalgia of the days before smartphones and constant connectivity to social media. In other words, you can just let yourself be absorbed in the moment and relish the show. Now, fans of Keenan’s other projects know that the original reason for this policy was that he (and the other members of Tool) didn’t want his face to be publicly recognizable. This was so that he and his family could still hold onto a private personal life free of paparazzi and other harassment typical of someone with his level of success. And while this was true previously, I don’t think it applies now for that reason as much as to let the crowd focus on the show.

So, getting to the weird. Luchafer co-performed with the band during their entire set (which consisted of 4 acts and an encore). This element of the show was so obtuse I had to try to learn a little more about them. Instead of me trying to relate it, here’s what I found out about them from their website.

“Luchafer comes from the unique and creative minds at Puscifer, The American Rock band led by Maynard James Keenan. What is Luchafer you ask? Simply put, it is a Mexican style Wrestling performance group brought to life in a collaboration with Puscifer and Santino Bros Wrestling. Luchafer brings a high flying, action packed yet comedic style of dramatic wrestling entertainment to form the baddest Mexican Wrestling show on the planet! In 2015/2016 Luchafer was the opening act for Puscifer’s Money Shot Tours 1, 2 & 3, not only the opener but also apart of the main show as it is the theme of Puscifer’s album Money Shot. The troupe has performed in 77 cities and 15 countries throughout North America and Europe introducing their craft to the world.”

There was a wrestling ring set up in the back-center of the stage where Maynard and show-stealer Carina Round would sometimes sing and/or play guitar. Members of Luchafer would occasionally jump in the ring and do their wrestling thing. None of it really made any direct sense in relation to the music, but instead just contributed to the spectacle of strangeness that one might expect from MJK. 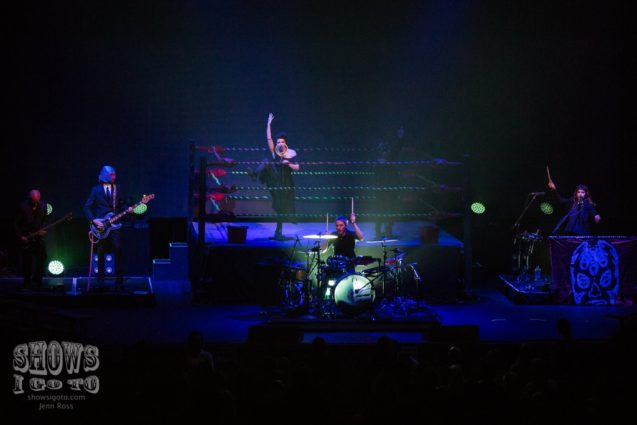 Comedic short films were integrated throughout the set. One before the start to let everyone know to be calm because there was a loose cobra in the room, and to make sure to tighten your pants legs and grab the snake from behind the neck when capturing. The other of Maynard dressed up in military gear to warn against the pics and cell phones. Later in the set, the same guy from the first cobra announcement declared that the snake had been captured and thanked the now-deceased fan for finding it. I could keep going, but you get the idea.

The band playing that night was an all-star line-up including aforementioned Round, whose performance was nothing short of flabbergasting. This woman sang, played guitar, banjo, mandolin, and danced, contorted, and did all manner of physical gymnastics for two straight hours. I’m still somewhat dumbfounded by her combination of musical proficiency and physical dexterity.

While everyone onstage was an absolutely top-notch, polished musician, bassist Paul Barker (Ministry) and drummer Jeff Friedl (Filter, Devo, A Perfect Circle) definitely brought the necessary tightness and low end needed to keep the show musically impactful. The band’s performance as a whole carried the air of perfection expected from a Keenan project.

My favorite presentations of the evening were the songs “The Remedy,” “The Humbling River,” “Horizons,” and “Agostina”. The latter is from the Money Shot which I would argue is their best yet. The songwriting on this album is more mature and consistent than their previous recordings and is backed with pristine production. All of which translated well into an acoustically rich and indulgent live representation.