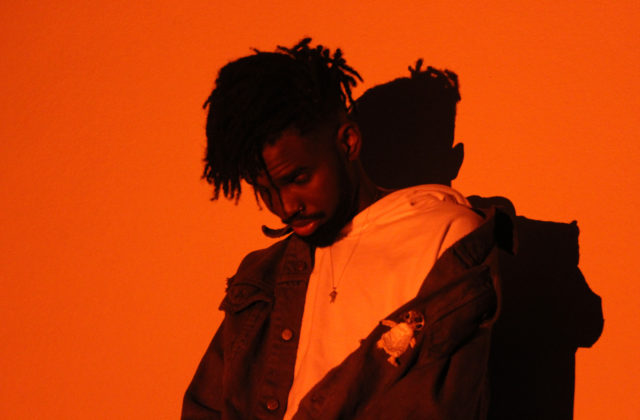 The Making of the 27th Club

Behind the scenes of the upcoming Film, Album, and Documentary!

Eric Polite is asking you to kill a version of yourself.

Mr. Polite is inviting you to join the club. 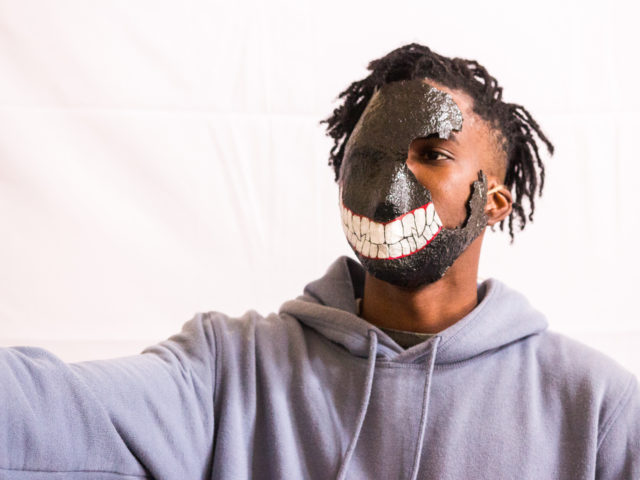 “The 27th Club is an Experimental Art Project creating a Short Film, Ep, and Documentary in 5 days.”

The 27th Club is the 24 year old’s passion project, born out of more than just the lore of the fated number and all its famous members, (Amy Winehouse, Jimi Hendrix, Janis Joplin, Heath Ledger, Brian Jones, Kurt Cobain, & more). More than 15 people came together to crew this film and album, which drops the same day as the film premiere.

My birthday is on the 27th. 27 has always marked memorable points in my life. When I would move, get a new job, when someone close to me died. It was always that number.”

Eric, the writer/actor/artist of the film/album, believes not everyone gets to choose everything that happens to them in life, but trusts in the process of change and letting go.

“You can’t keep being that person. You have to let go of what is holding you back.“

Polite aka Pacos Eric (the rapper’s onstage name,) met the music producer/executive producer on the album, Greg Smith, in high school when they played basketball together. Greg was making beats and eventually they collaborated on music together.

Then came the wildcard, Chris Miglioranzi. 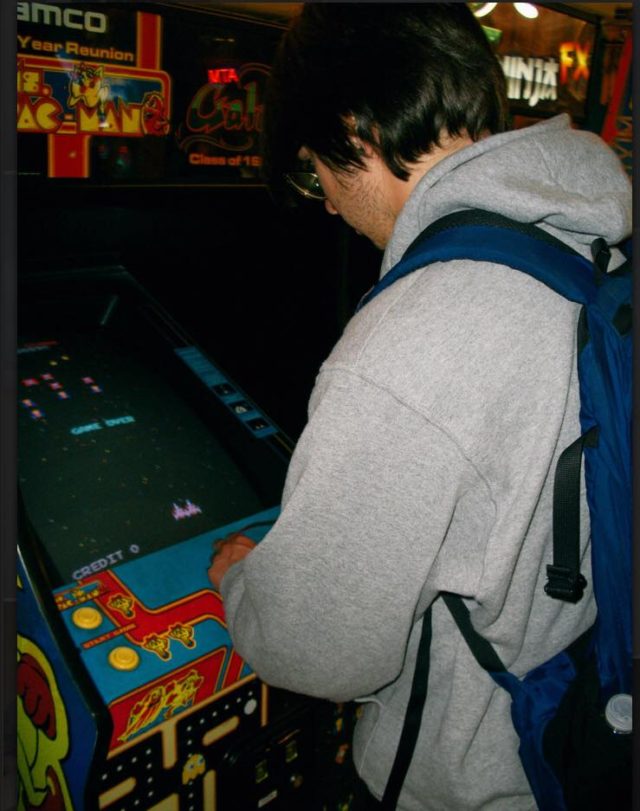 A drunk guy tried to fight us in Winter Park. A person sang for us in a Krispy Kreme in Daytona. There were 12 people in my little ass apartment, sleeping on the floor. All of us crammed into a hotel room eating free breakfast. Some nights we only had two hours of sleep. Imagine having to manage 12 people when you haven’t had any sleep yourself,” Chris laughs.

When there are several creatives involved, it takes a while to adjust to each other’s process. 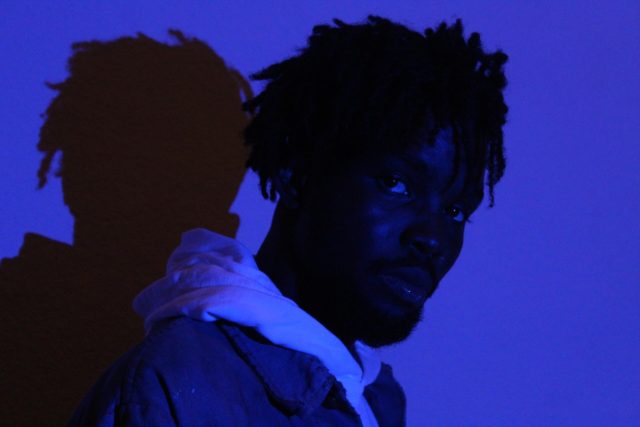 “I make things hard. I do not sleep. I would be texting them ideas at 3am. I want to make the most of time.” – Eric Polite | Writer/Actor/Artist on The 27th Club

With grit & hard work, the three brought together their own skills and learned new ones along the way to make a product they could proudly present to the world.

“My goal was to make something within a certain time frame. I wanted to challenge myself to create something and be better at something new,” Chris states.

The movie was filmed all over Florida, touching down in Orlando, St. Augustine, Jacksonville, and Daytona. Eric sees The 27th Club as experimental art, a collaboration. The guys recruited their main actress, Tory Drummond from Instagram (@tory.dru) about two weeks before shooting started. 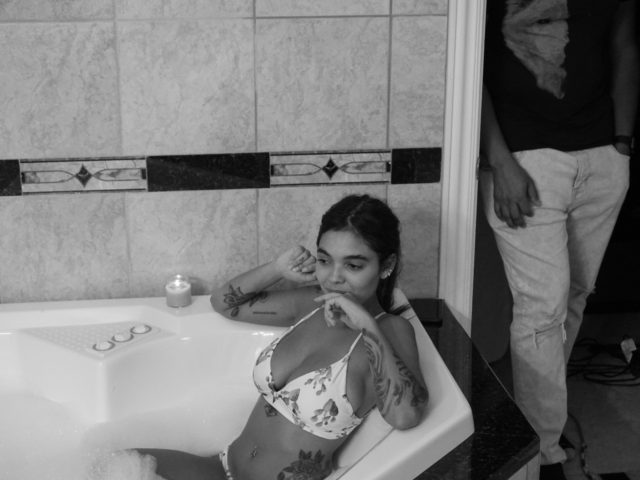 “She was down for the ride,” Chris says. “She trusted our vision and we’re so grateful.” – Tory Drummond pictured above.

One rule was clear from the beginning, use who you know.

Of course, you could get someone with 500K followers or go for the big get, but there’s such a lack of horizontal networking in this industry, and we wanted to change that,“ 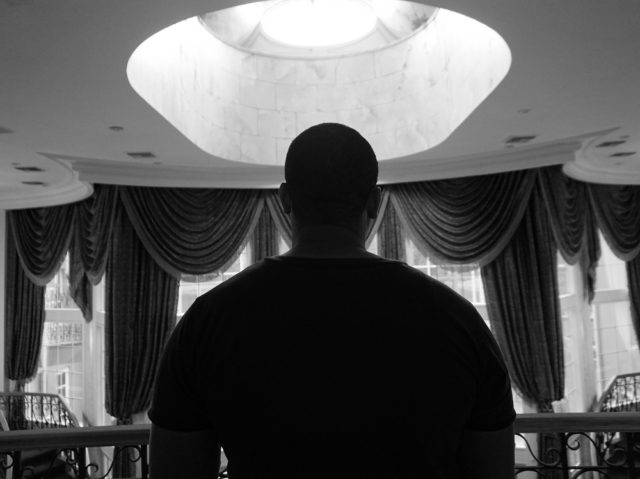 20 hour days left them even more humble than the crew began.

When we went to St. Augustine, we were shooting a promo with Iana (artist, producer) and Daniel (documentary producer). She wasn’t supposed to come, but was single-handledly the greatest secret weapon. Painter, photographer, set designer, director, etc. We were shooting a bit and she brought her ukulele and Daniel brought his violin. They were supposed to be buskers for the scene and they were so good that when we were filming people thought they were street performers and they were making like $7 every minute.” 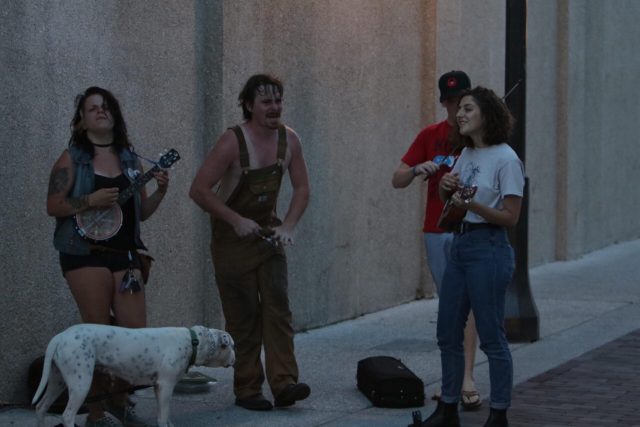 “They ended up playing with these people on the street (as pictured) and the dog almost bit some guys hand off.” Chris | Executive Producer on The 27th Club

The film will premiere Friday, July 27th at Ocean Walk Paragon Theatres in Daytona at 7pm. The theatre itself will be showcased among all the incredible shots in the film. 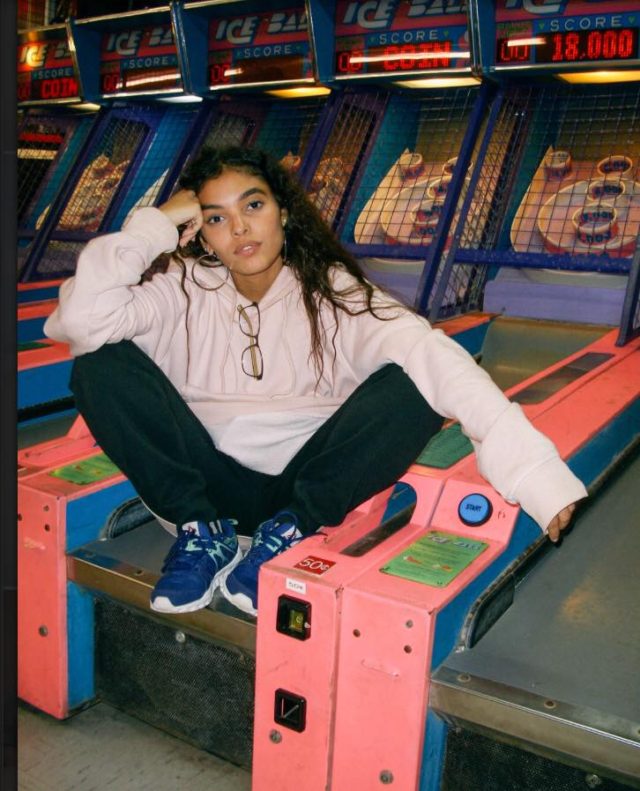 Tory Drummond, the main actress in The 27th Club on set. Photo by Blake Bordis

I wanted this to be about self-reflection and honesty. Movies always project everything as perfect; glorifying our positive traits. All humans make mistakes. The album especially highlights the flaws and shows the truly human side of music,” 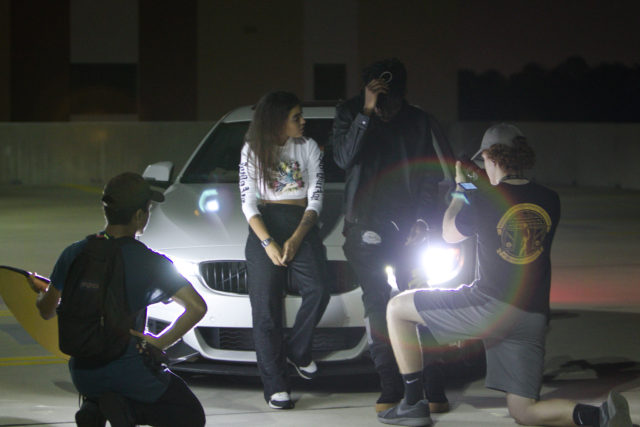 Pacos Eric was inspired by Childish Gambino’s album ‘Because Of The Internet’ and his short, “Clapping for all the wrong reasons.” He loved the lack of a particular plot and the non-chronological order of events.

Film is one of those mediums which was elitist for the longest time. The 27th Club shatters the ceiling on this out-of-date notion, and illustrates the importance of using your local resources, learning a new skill, and building a team.”

This is the groundwork of something monumental. Support your community creatives, and join the club.

Sometimes we like to have fun at the 27th Club. A couple of the members had fun making this on the fly 😉

*Pacos Eric would like to give a very warm and loving shoutout to his sister. <3

It’s okay…..Here’s one more lie. Join the club. Cause you’ll never be alone.”

Join the club on July 27th at Paragon Ocean Walk 10 at Daytona Beach for the Free Premiere of the Film and Documentary!

The 27th Club Behind the Scenes PHOTOS by various contributors.