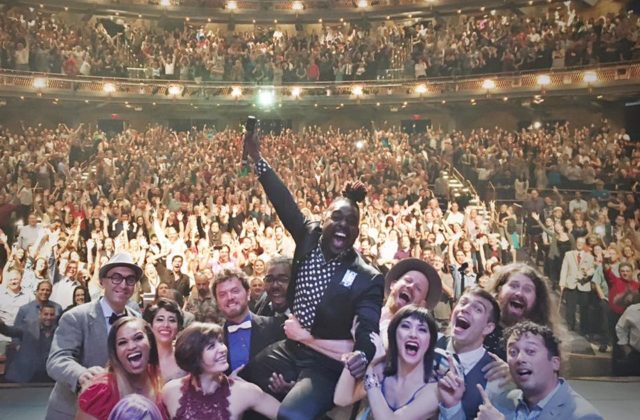 Maiya Sykes commands attention. Not in an authoritarian way, but when she is on stage it is clear where you should focus. Tonight’s emcee, Orlando’s own Mykal Kilgore, introduces Sykes by touting her curves, but there is something magnetic about much more than her looks. Sykes adds depth to a pool where most singers are flailing in the shallow end — the cover song.

Of course, Scott Bradlee’s Postmodern Jukebox has become a household name by playing other people’s songs. But Postmodern Jukebox is more than a cover ensemble. They take ubiquitous pop songs and make them something entirely new. Using arrangements plucked from the 1920’s through the 1950’s, Scott Bradlee marries outstanding talents with really good contemporary songs to create a fun, fresh experience.

Sykes exemplifies Bradlee’s vision. Tonight she takes on the likes of Notorious B.I.G., but the showstopper is her emotional rendition of Radiohead’s “Creep.” The night is progressing with jubilation, Kilgore making the experience personal with his appreciation for Orlando flavor, the performers each deftly navigating the needs of the diverse crowd. Mykal Kilgore has made things personal from the jump. The Edgewater High School graduate adds an air of authenticity to the finely tuned stage production. Sykes follows accordingly.

The Postmodern Jukebox version of Radiohead’s classic was originally made famous by Haley Reinhardt, who made the tune her own. Sykes approaches it differently. Charmingly, perhaps tragically, the message behind Sykes’ performance seems lost on the crowd. Not to be judged, the vibe is festive. The crowd could not be expected to shift gears in the middle of Sykes’ soaring effort.

“I’m a creeeeep/I’m a weeeiirrrdoooo/What the hell am I doin’ heeerrrreeee,” her vocals justifiably induce a standing ovation before she has even finished delivering them. Over the roar we can barely make out her passionate words. She is saying something about the Pulse nightclub tragedy, something about losing someone. She hurries off stage. Perhaps the pain is just a projection, but it feels very present.

The juxtaposition of jubilation with misfortune is poignant. Mykal Kilgore retakes the scene and we are ushered into another phase of the party, “Creep” lingering in our psyche. A song about being an outcast, tragically yet gorgeously interpreted. 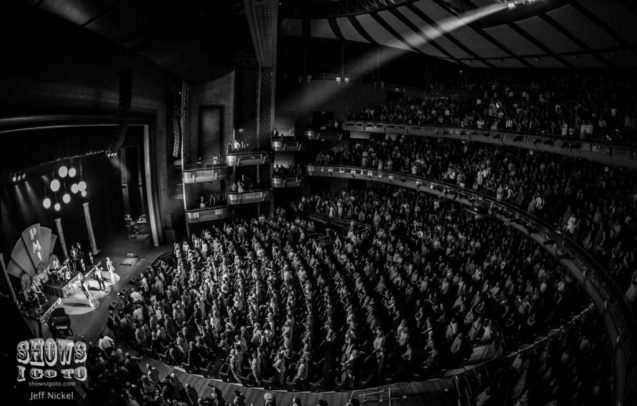 Such is the magic of Postmodern Jukebox. The compositions are laid bare in their new arrangements and something wholly original takes the place of the song we know. Taylor Swift, Celine Dion, Lourde — artists who are easily dismissed by connoisseurs of American popular music are given a treatment worthy of hipper acts.

The show goes on to include noteworthy and exciting moments. Casey Abrams lends his wild card spirit to the show, bringing beers on stage for the band and shaking his butt at every chance. The “Tap Queen” Sara Reich provides some thrilling performances with her feet. Aubrey Logan sings, plays trombone, and does a series of one-handed cartwheels in the same song.

Any of those performers and the others who graced the stage could capture a writer’s heart and imagination in another town, on another night. Holding court tonight, at the end of two excellent hours of entertainment, is Maiya Sykes and her “Creep.” People shuffle out talking about specific songs, laughing with strangers in the way we do after being provided a first class escape from the day-to-day. Still it hangs, “What the hell am I doin’ heeeerrreeeee?/I don’t belong here…”