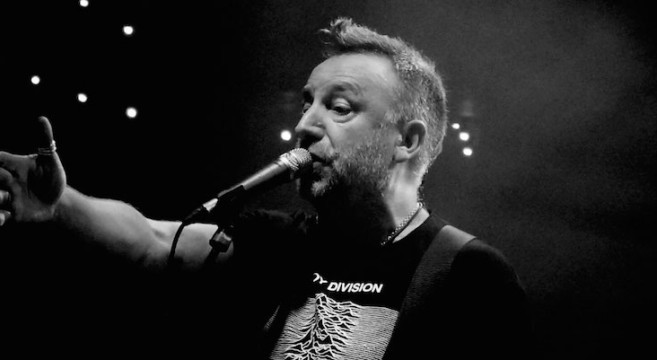 Peter Hook and the Light | Coming to The Plaza Live Orlando | Thursday, November 17, 2016

Seeing the cover design of Joy Division’s Unknown Pleasures is almost a sure bet at any show these days. Regardless of genre, or the average age of the crowd, someone is wearing a t-shirt with the iconic logo of what appears to be a digital mountain range. Over thirty-five years since the band’s seminal album was released, its imprint is still strongly felt.

GET TICKETS TO PETER HOOK AT THE PLAZA LIVE ORLANDO — $25

From the sounds of teenage garage bands just getting their start to some of the heavyweights in rock n’ roll and pop music, we have Joy Division to thank for influencing some of our favorite listening experiences. Joy Division’s lead singer and lyricist Ian Curtis would tragically pass away shortly after the release of their second album, Closer, but his impact endures. His bandmates, including bassist Peter Hook, would usher in a new wave of post-punk sounds as New Order. He’ll be playing the Substance single collections from both bands.

Hook split with New Order in 2007. Thankfully, he has carried on the legacy of those two pioneering bands as Peter Hook and the Light. With setlists heavy on Joy Division songs, Hook has spent the last several years giving fans the closest experience to a Joy Division show as is possible.

GET TICKETS TO PETER HOOK AT THE PLAZA LIVE ORLANDO — $25