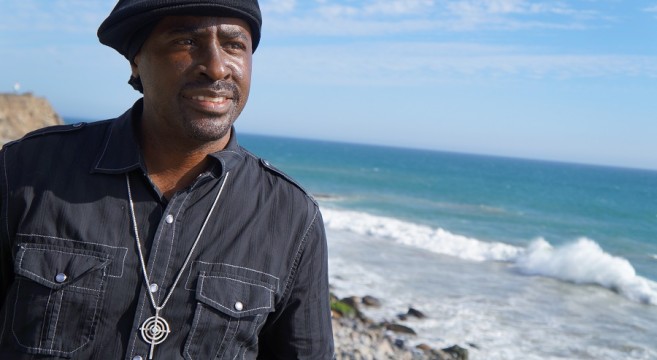 Pato Banton is legendary reggae singer/songwriter and DJ/MC, born Patrick Murray in London in 1961. Growing up in Birmingham, England, he was given the name “Patoo” by his stepfather which derives from a wise night owl in Jamaica that stays up all night calling “patoo, patoo.”  And “Banton” is from the disc jockey slang for a “heavyweight DJ.” As the lyrics say in one his most favorite songs titled “Don’t Sniff Coke” (see video below), he begins the song

“Without a doubt I am the boss, In my class I am the teacher, If music is the fruit of life, Then I will be a reaper.”

Pato’s story is one of change and rebirth.  He went from being a 9 year old “lookout” at illegal parties for his father to being honored at the Reggae Hall Of Fame, winning the BBC’s Lifetime Achievement Award, as well as many other honorable achievements for his acts of altruism in the world.  His tenth album Life is a Miracle gained a Grammy Nomination in 2001 for Best Reggae Album, which helped define his lyrical, musical, and spiritual growth.

At the roots of reggae, the music is intended to be a positive vibration delivering a message that is food for the mind and soul.  His music seems to be more of a spiritual journey than a just a musical destination, although it will keep you on your dancing feet. Many fans have considered his music to be lifesaving, which should make him happy since he has stated that his main quest is to bring positivity to the masses.  This is what he seems to have done.  He gives the gift of music and lyrical genius to his fans, as well as sometimes leading post-show prayer circle where fans get to share stories of their lives and how Pato inspired them to “Stay Positive & Never Give In.”

Hard to believe as much as I love reggae, I have yet to witness one of his shows that have come through Florida over the past several years.  As it says on his website: “A Pato Banton concert is an event not to be missed and an experience not to be forgotten.”  That being said, I plan to enjoy and make memories at what should be an awesome show this coming Friday, July 17, 2015 at The Social, with locals Paddington Ambush warming up the show.

Want to win 2 Tickets to the PATO BANTON at The Social in Orlando, FL on Saturday, July 17, 2015?! There are several ways to enter!*

WIN 2 TIX to see #Reggae legend Pato Banton at The Social in #Orlando this Friday night! "his main quest is to bring…

Get Tickets to Pato Banton In Orlando HERE! (You can always give them to someone else if you win)