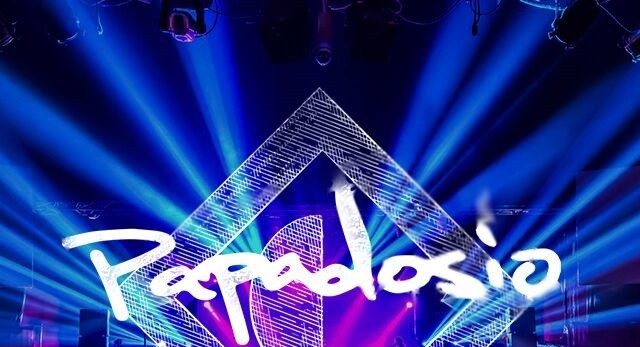 Good news Papadosio fans! Word is out that they are returning to Florida early next year to show us more love after performing one of the most phenomenal sets of the weekend at Suwannee Hulaween! On Thursday, January 28th, they will be playing at the State Theatre in St. Pete!

In case you’re not familiar (you definitely should be, the Very First Review I ever wrote for ShowsIGoTo.com was a Papadosio Live Review), Papadosio is a five-piece jamtronica band out of Asheville, North Carolina, which has acquired a huge following in the music festival scene over the past few years of extensive touring. They are probably best known for their positive, fun-loving energy on stage and endlessly creative improvisational abilities, soaring to deep space and back while maintaining a feeling of well-being and unity.

This should give you an idea of what it’s like to see them at a music festival:

With the release of their recent album, Extras in a Movie, the band offers an even broader range of possibilities with an upgraded sound palette and intricate new song compositions. What I’ve noticed from their latest work is they’ve moved towards a more organic sound and have included more vocals to their music than they would normally (check out this in-depth review). There is definitely an essence of the fall and winter seasons that is captured with the feeling of the album too. I was surprised by how quickly it grew on me despite its stark contrast to their past work, but it’s been giving me some incredibly warm feelings as part of my life’s soundtrack over the past month.

Here’s a song from the album that my friends and I all agree is one of the best:

There’s a reason I never miss indoor venue shows when they come to Florida; it’s because they are often more intimate than festival sets and allow more time for jamming songs out into the most epic, soulful journeys. They tend to patch together a seamless collage of extended jams that weave in and out of one another. There’s no telling what new musical ideas will be discovered along the way! The real magic happens when the energy begins its cyclic exchange between their improvisation and a dancing crowd.

From my experience of going to tons of music festivals and shows over the years, I can tell you that this is one of the most fun jam bands out there right now. They are actually my favorite band (no, seriously, my #1 favorite). Definitely don’t miss this show! You’ve been warned. 😉