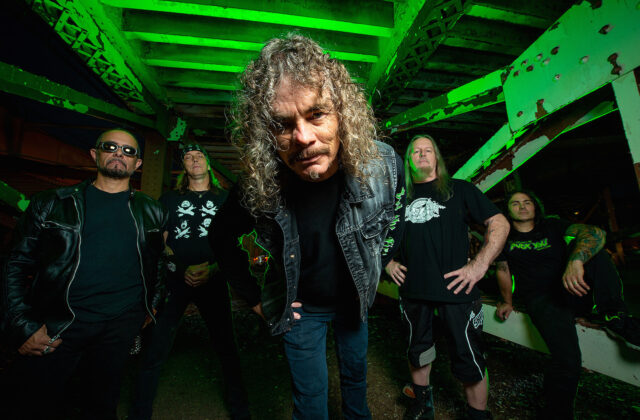 In 1985, Overkill, a thrash metal band that plays loud and fast, released the first of their 19 albums, Feel the Fire. Five years prior to the release of this album, the band was forming in New Jersey, following the split up of the punk band “the Lubricunts”. Named after Motorhead’s second album, Overkill, they learned from previous metal bands to do what so many other metal bands had not been able to do, rock on forever. On March 13 they will be playing at the House of Blues in Orlando (GET TICKETS HERE). As time moved forward the band swapped through various members, but no matter who was in the band the philosophy of what they were about never changed. They simply wanted to rock and never quit shouting at the top of their lungs while the guitar screamed at you and the drums shook you to your very core.

Overkill is a once in a generation talent, a thrash band whose music compels you to forget the thoughts of love and simply pound your first and head. It is heavy, it is intense and will make every bone in your body vibrate until there is nothing left but skin.

With the release of their 19th studio album Wings of War at the end of 2021, they are back on tour with two days in Florida.  Make sure you check out this band with 42 years of experience and hundreds of song as they thrash through Florida.

We’ve teamed up with Live Nation FL to give you a chance to WIN (2) GA TICKETS to OVERKILL at House Of Blues in Orlando on March 13, 2022!