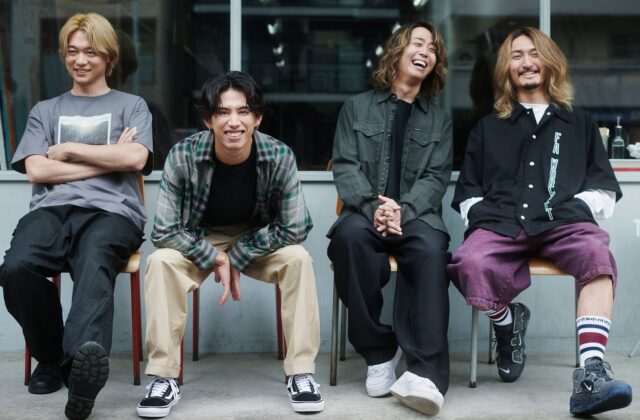 ONE OK ROCK (Tokyo, Japan emo/post-grunge) is coming to Orlando Florida as part of their “Luxury Disease Tour” of North America! If you haven’t already heard of ONE OK ROCK, this would definitely be the concert to see if you’re in the area, as OOR is one of the hottest and most gripping rock bands currently out there. Come see them with opening support from You Me at Six at the House of Blues in Orlando on September 23rd for a show you don’t want to miss! GET TICKETS HERE! ONE OK ROCK got their start in Tokyo, Japan in the year 2005 when they were all simple high school students dreaming of becoming a rock band. The group currently consists of vocalist Takahiro Moriuchi, guitarist and bandleader Toru Yamashita, bassist Ryota Kohama, and drummer Tomoya Kanki.

They first broke onto the scene with their 2012 single “The Beginning” from their sixth album Jinsei×Boku=, which peaked at #2 on the Billboard Japan Hot 100 and stayed there for 45 weeks. Since then, they have toured with the likes of The Smashing Pumpkins, Ed Sheeran, All Time Low, and many more household names. Not to mention their slew of nominations and awards from the likes of MTV Video Music Awards Japan, Alternative Press Music Awards, Classic Rock Roll of Honor Awards, and many, many more.

Their sound has been influenced by the likes of the Foo Fighters, Linkin Park, Good Charlotte, and good old American pop-punk. They’ve got the loud splashing drums, intense vocals, and a ridiculously shredding guitar to take them even further from here. Once again, come and see ONE OK ROCK at the House of Blues in Orlando on September 23rd! GET TICKETS HERE!

Fun fact: ONE OK ROCK released the double single “Deeper Deeper/Nothing Helps”, the song “Nothing Helps” was used for the Japanese version of the video game DmC: Devil May Cry.

We’ve teamed up with Live Nation FL to give you a chance to WIN (2) TICKETS to see ONE OK ROCK at House of Blues Orlando on Sep 23, 2022!