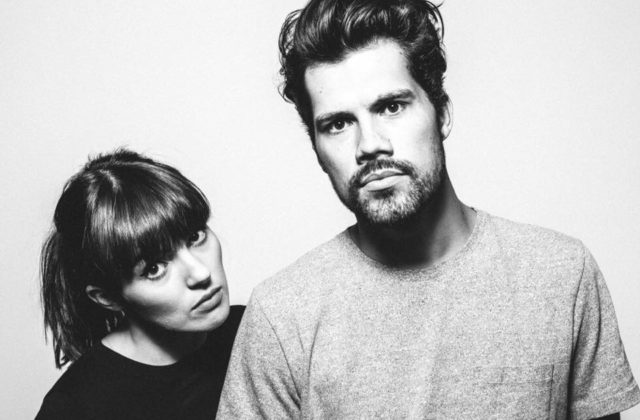 Gentle piano trills behind these words as my body shivers in response. It’s an automatic reactionary impulse; inevitable, almost. Oh Wonder has this power over me and I surrender it fully.

The London duo, Josephine Vander-Gucht and Anthony West, sing in unison over slow, swelling R&B-esque tracks, many of which, with no coincidence, have made their way onto my SISFT (songs I slow f*ck to) playlist. More oft than not, when there are two members of a musical group, one is dominate over the other. Vander-Gucht and West share equal parts in this partnership. Both croon every harmony together to chilling, impressive results. It would’ve been an intimate, almost studio-like, show at The Social, where they were slated to perform. The fans had different notions, though. All tickets will be honored as the show scoots its little behind to The Beacham with support from LA darlings, LANY. You should scoot your own behind over early for this opener, they are not to be missed.

LANY has been making its way from LA to NY….. get it now? The three, Paul Jason Klein, Leslie Priest, Jake Goss, predicted correctly; they have been taking their 80’s dream pop from coast to coast. They were recently signed to Polydor Records in 2015 and have released the single, “Where The Hell Are My Friends” while supporting a world tour. The artwork for the single is a staunch cranberry colored background with a small red wine emoji, actual size. “WTHAMF” is an uptempo track that has the guys questioning the sometimes shallow lifestyle they endure in California. Think “No More Parties In LA” with a more light-hearted vibe.

I mean, I’d go to a party in LA if both a Mr. West and LANY collaboration was the buzz. Luckily, the party is here in Orlando, so, RSVP NOW aka win tickets below. ;)<333

Want to win 2 Tickets to the OH WONDER AND LANY at The Beacham in Orlando, FL on Monday, June 13, 2016?! There are several ways to enter!*

Step 1: Fill out the entry form.
Step 2: Complete one of the tasks below*

BUY TIX TO OH WONDER AND LANY AT THE BEACHAM – $16.00(You can always give them to someone else if you win)