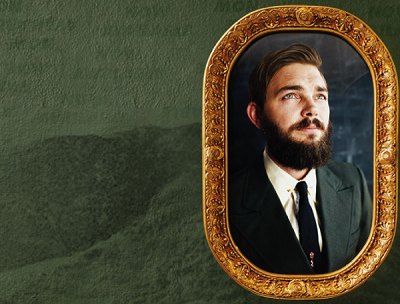 “Can I get some more laughter in the monitors?” is one of the first lines uttered by actor, comedian, and musician Nick Thune in his 2014 special Folk Hero, swiftly followed by “Can we get the lights dimmed down just a little bit?”  The lights dim, then he says, “Great, just bring those back up… just so you guys know who is in control.”  He goes on to say that he was born young, in Seattle and as he grew up, he got older.

If you enjoy musical-esque comedy, be sure to catch Nick when he brings his Hot As Hell comedy tour to BackBooth in downtown Orlando this Friday, August 21 at 8:00 PM (Win tickets below). 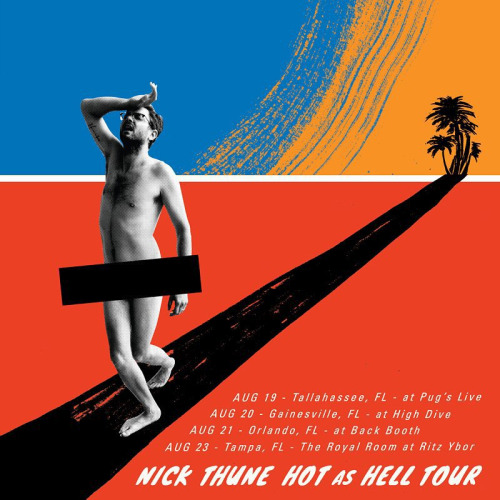 Nick moved to Los Angeles when he was 24 to pursue his career.  He’s had cameo appearances in several major films, including Knocked Up and Unaccompanied Minors.  He has also appeared numerous times on several late night talk shows numerous times.  Check out his performance on Conan in 2010 promoting his debut album Thick Nune.

Similar to Bo Burnham, Demetri Martin, and Steven Lynch, Nick has a musical comedy style with solid one-liner jokes mixed with some extended stories with many punchlines.  His performances are highlighted by his serene and genuine voice while he gently plays a sweet soft melody his acoustic guitar.  On Folk Hero, one track begins with a soft guitar strumming, “I guess let’s just talk about the elephant in the room… is how I start a conversation if I know someone’s on mushrooms, then they run, a long way.”

Don’t worry, millennials, every time you spell it “tho,” I say “ugh,” so it ends up being spelled right.

Want to win 2 Tickets to the NICK THUNE w/ GREG BARRIS at BackBooth in Orlando, FL on Sunday, August 23, 2015?! There are several ways to enter!*

3. Add ‘Showsigoto’ on Snapchat (Easy Instructions Here) SNAP us a screenshot of this giveaway with text “showsigoto.com” on it, and ADD the SNAP to your STORY.

Get Tickets to NICK THUNE In Orlando HERE!(You can always give them to someone else if you win)