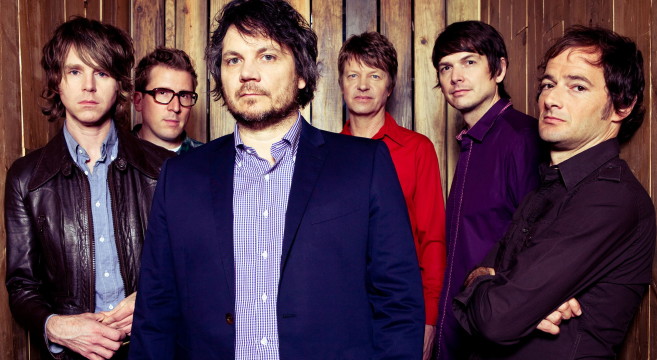 NEWS: Wilco to swing into Florida in 2015! | Pre-Sale Password Instructions Inside!

Unlock your body and move yourself to dance, Florida folks. Chicago-based alt-country legends Wilco announced Monday they were going south — and returning to Orlando for the first time in a decade. The last time central Florida welcomed Wilco to town was February 2005 at House of Blues – Buena Vista.

If you were driving around in the lower states with your windows rolled down around 2:05 pm ET Monday, you may have heard the celebratory sounds of a restless legion of Wilco fans, popping in their worn-out Yankee Hotel Foxtrot CDs.

After wrapping up a six-night “Wilco Winterlude Tour” last week in the Windy City for their 20-year anniversary, the alternative rock kings penciled in the first partners on their 2015 dance-card — a 5-stop two-step through Texas and Florida (dates below).

Jeff Tweedy and the boys will start their small southern jaunt in Dallas on April 22nd and end in St. Augustine, May 1st, with Orlando, in between. Hard Rock Live will serve as host Tuesday, April 28th.

Wilco has seen plenty of changes in personnel over the years with Tweedy and bassist-singer John Stirratt remaining in tact.

The Pre-Sale for this spring circuit take place Wednesday, December 17, 2014 at 10:00 am EST. To purchase Pre-Sale Tickets, head to http://wilco.frontgatetickets.com/signup.php and sign up! Once you’re logged in, you can purchase pre-sale tickets. 🙂