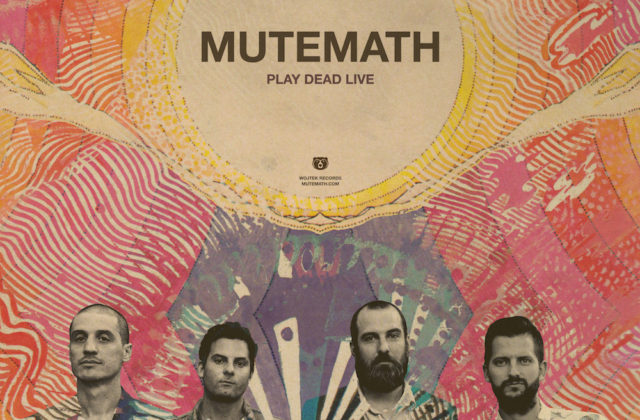 Grammy-nominated electro-experimental rock band, Mutemath, are currently on their huge national fall tour, PLAY DEAD LIVE, which kicked off in Boston on September 14th. The tour makes a stop at the beautiful Jannus Live in St. Pete on Saturday, September 30th! Enter below to WIN TICKETS to the show! Thank you, No Clubs! 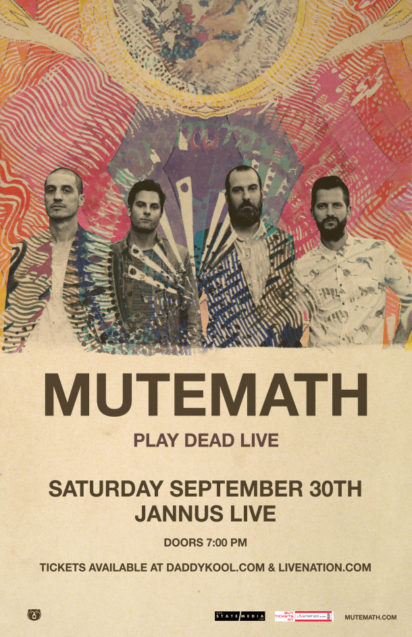 On May 3, 2017, Roy Mitchell-Cárdenas announced his departure from Mutemath and the group announced that Jonathan Allen would be joining the group on tour starting May 6, 2017.

MuteMath began posting snippets of a new song on their official website on June 4, 2017 counting down to the release of the single “Hit Parade” on June 6, 2017. The press release for the song revealed that it is the first single from the group’s fifth studio album, Play Dead, released September 8, 2017. Meany stated that the record took 5 years to record and work on it began before their 2015 release Vitals. The album release is accompanied by this huge fall headlining tour.

On August 8, Paul Meany announced that Darren King left the band and would not be accompanying Mutemath on the Play Dead Live Tour.

Listen to Play Dead on Spotify.

RSVP TO THE SHOW!

Want to WIN 2 TICKETS to Mutemath “Play Dead Live” at Jannus Live in St. Petersburg, FL on Saturday, September 30, 2017?! There are several ways to enter!*

Enter to WIN TICKETS to check out MUTEMATH on the "Play Dead Live Tour" at Jannus Live in St. Pete on Saturday, September 30th!#Mutemath #PlayDead #PlayDeadLiveThank you No Clubs! 😎

RSVP TO THE SHOW!