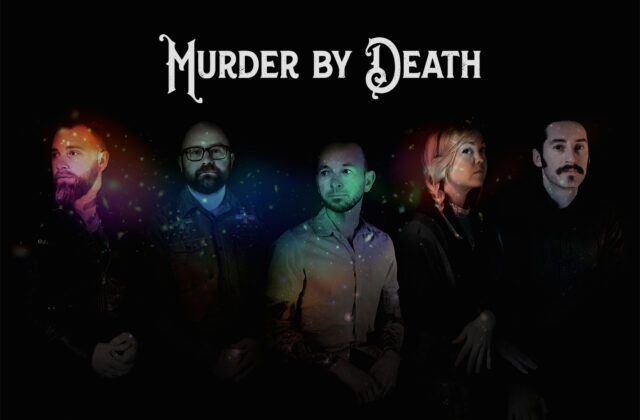 PREVIEW—Murder By Death (20th Anniversary) w/ The Appleseed Cast at The Orpheum in Tampa 10/28!

Putting the “Murder” into Murderfolk, Murder by Death is bringing their version of dark Americana to the Orpheum just in time for Halloween and you need to check them out, even if you’ve seen them before! Combining indie-rock cred with a grassroots-folky vibe, and bringing one of the legends of the 90’s emo scene, The Appleseed Cast. This is going to be one amazing night (TICKETS HERE)! Last time we wrote about Murder By Death was back in 2015!  Hailing from Bloomington, Indiana, and taking their name from the 1976 Robert Moore parody whodunit film, Murder by Death has been playing their eclectically dark indie folk music to the masses since 2000. They bring that same energy from Moore’s film of seriously taking themselves light heartedly throughout their music, with 9 studio albums to their names, many of which reference life/death, the devil and whiskey, while mostly in good humor. A fantastic combination, you ask me!

While you might not hear any of their most recent album on this current tour (Lonesome Holiday, released during the pandemic, is a collection of Christmas/holiday staples), the Halloween season is the time to go see these guys live. Here’s a couple of my favorite songs that always get me into a spooky mood:

With all these points, there’s not much to say. Want a rockin’ folksy show with a bit of the occult and the devil thrown in? You got it. Seriously, why haven’t you bought your ticket yet? Get out to the Orpheum and start your Samhain weekend right (TICKETS HERE)!

p.s. Congrats to those who got some free tickets! We give out tickets regularly on our email list. Our list is closed now, but will open back up on Nov 1!

Murder By Death Tampa Tickets 2021 Preview by Garrett. Special shout out to No Clubs for bringing live music back one show at a time!