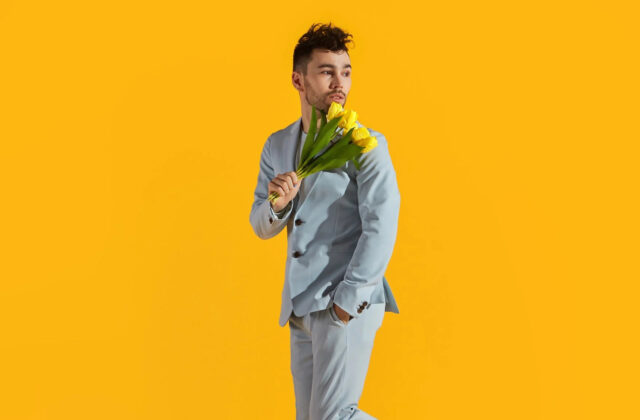 No Clubs & Live Nation present MAX on his “North America Tour” this upcoming November 19th at The Orpheum located in Tampa. Be sure to grab tickets to his show or enter the GIVEAWAY below to win a ticket for you and a friend to enjoy a night you’ll never forget. Special guest Sara Kays will provide opening support. GET TICKETS HERE! Max Schneider (stage name MAX) was born in Woodstock, NY in 1992 and was a pop prodigy since the age of three…ok not really but also not far off! MAX began performing by age three and booked with his first agent by the age of fourteen. He has since created a life of success for himself. From modeling with Madonna for a Dolce and Gabbana campaign to co-writing songs for Disney channel and co-writing as well as starring in shows for Nickelodeon to becoming his own music mononym – MAX, he has been a name to know in the pop music scene for about ten years now. In an interview with Teen Vogue Magazine in 2016, he replies his go-to response on “going by just MAX,” He states that for a while, he used to go by his full name, transitioned to going by just his last name in his acting days and that he “soon realized that he wanted his fans to like his music for his music, and not just because it was sung by him.” He appreciates that “the awesome thing about just going by MAX, (is) because it’s a little more anonymous in a way, but it’s still me.” MAX has always wanted fans to hear a song and like it for the sound and not because it was him – a famous name people already knew about.

MAX began his solo-act in 2015, releasing his album NWL – standing for “Nothing Without Love,” the name of the first song in his first ever independent LP. In 2016, he signed under DCD2 Records (Decaydance Records, a record label owned by Patrick Stump and Pete Wentz of Fall Out Boy). For reference, this record label’s first partnership was with the iconic band Panic! At The Disco. MAX’s album is said to be a representation of “soulful pop.” Assisted by alternative hip-hop artist Hoodie Allen, his track “Gibberish” gained the two artists a lot of traction and now has 27,142,718 views and counting on Youtube.

Since 2016, MAX has gone on to sign with Colour Vision Records and Sony Entertainment and released his latest album Colour Vision (2020). Although MAX has always been seen as an artist who is self-exploratory and authentic with his writing, this album reflects on love and relationships, which are said to be heavily inspired by the singer’s marriage with his wife, Emily. Other artists MAX has worked alongside have been, Wiz Khalifa, Cody Simpson, Fall Out Boy, Noah Cyrus and others. He has performed on popular shows such as Jimmy Kimmel Live, Live with Kelly and Ryan, and The Today Show.

Which leads us to now, the return of MAX, coming right to your town, performing old and new hits, such as his newest singles “BUTTERFLIES,” “WASABI,” “GUCCI BAG” and “IT’S YOU (feat. keshi).” He geared up for his tour by hitting the road and kicked off October 17 in Santa Ana, CA and is making his way to Florida. As he transitions between his West to East coast venues, us at SIGT have tickets for two separate shows, Revolution Live in Ft. Lauderdale and The Orpheum in Tampa – just for you.

MAX will be performing alongside Sara Kays — a young, alt-indie pop artist on the rise. Come and see these two artists thrive as they show off their talent in these unforgettable show-stopping performances. Buy tickets now or sign up for our GIVEAWAY to win tickets to see MAX Saturday November 19 at The Orpheum in Tampa. This general admission show is open to all ages but under 18 must be accompanied by an adult. Doors open at 7:00 PM, show starts at 8:00 PM. GET TICKETS HERE!