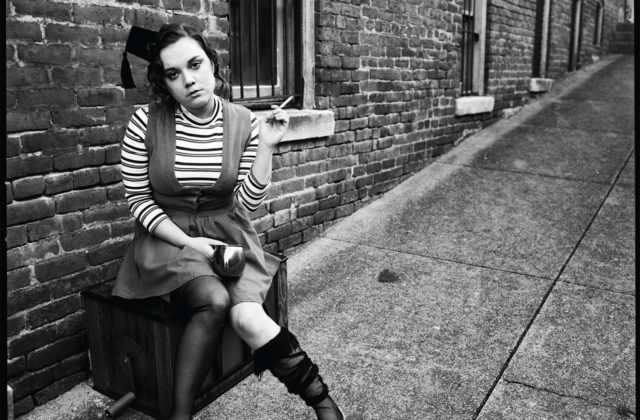 I am on my second listen to the record, en route to bury a seventeen-year-old young man who tragically passed away just two weeks ago. No one, myself foremost among them, knew what I needed on this solo car ride. What the hell makes sense when you are trying to cope with the nonsensical?

The Podcasts I like are all too heavy or too reliant on humor for my current state. My taste in music leans toward heartbreak which is what I am feeling in a regenerating chain right now. What I need, in so far as anyone can understand what they need, is an acquaintance — someone who knows me just well enough to show empathy but not so well that the tears flow any harder than they have been. Something familiar and comforting but honest and fresh. I need black coffee in a pretty cup.

The first tune on Lydia Loveless’s Real sounds like I Feel Alright-era Steve Earle, rollicking and raw. The second belongs in the closing credits of Stranger Things with its synth-laden coda. Neither of those feelings is necessarily what I am looking for right now but they are equally transportive. I Feel Alright is not exactly a salve. Earle released it just out of prison. Many of the songs were written while he was still incarcerated. And, Stranger Things, while gorgeous and nostalgic for Gen X, is a heavy pill to swallow every week.

Still, Loveless is coming through so far. Real does the genre dance while maintaining a common current of quality. Its narrators lay themselves bare yet keep their feet firmly planted, even if mine are currently akin to a puppy wearing polyethylene shoes.

Midway through the record, “Midwestern Guys” is an ode to stereotypes about average Joes who retain a certain charm despite their predictability. The narrator is not putting up with dudes who want to go look at the stars and make love, not fuck. At least not in the long term. Perhaps tonight would be okay. Maybe again next month. Just don’t get any ideas of something serious because she is on to your transparent bull shit.

Lydia Loveless sees through your insecurities and manipulations on Real. She packages literary lyrics into accessible, catchy tunes that provide an assist when you need help. It’s not licensed therapy but I am grateful this music made its way to my life today.

Loveless is bringing her outstanding catalog along with new stuff from her recently announced album Boy Crazy and Single(s) (set for release on 10/13) to The Social in Orlando on September 13th. Whatever you need right now, a night of hard scrabble poetry will likely provide the liniment.

Opening the evening, is our good friends, The States. Check out their The States ‘Cathedral’ album stream below.