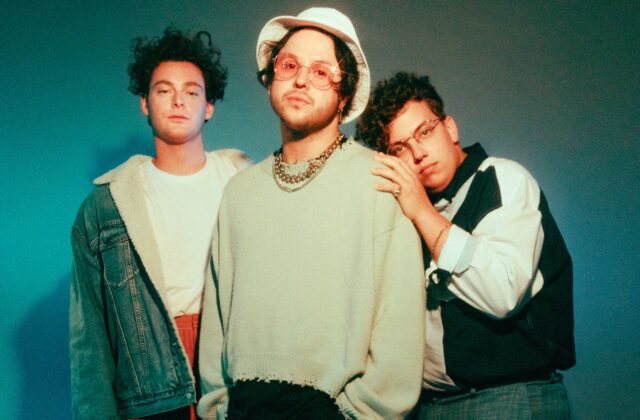 Lovelytheband is finally back on tour and will be at the House of Blues in Orlando, FL on December 9th, 2021 (GET TICKETS HERE). Scroll to the bottom of this post for a chance to win a pair of tickets! Formed in 2016 in Los Angeles, California, the Indie Pop band consists of vocalist Mitchy Collins, guitarist Jordan Greenwald and drummer Sam Price. The band broke through into mainstream media in 2017, dominating the airwaves and headphones with their hit single “Broken.” The fun and upbeat song opened the door for the band to succeed, with their debut EP, Everything I Could Never Say…, coming out shortly after the success of Broken. Following the success of their debut EP, Lovelytheband released their debut album, Finding It Hard to Smile, in August of 2018. The band had grown from the success of the first album and put together a fun L.A. sunshine filled bop, that made you want to roll the windows down and drive with the wind in your hair. Sticking with the motif of their first EP, the album’s fun and upbeat tone conveyed a darker message within the lyrics, as they spoke of not trying to be happy, just to be better.

In 2020, Lovelytheband popped back onto the scene with the release of their second album, conversations with myself about you, during the middle of a raging pandemic. Unfortunately for the band the pandemic prohibited them from traveling the world on a tour, but it did not stop the band from taking over the charts with another alternative hit. The lead single off the album, “Loneliness for Love,” was a huge hit and spread across the airwaves like a wildfire. With the release of this album, the pop emotional lyrics and pain that were present in their first album and EP are still found, just given a fresh face and feel with beats that make it easy to look over the lyrics.

This show is not one that will want to be missed as they are bringing their sunshine filled pop songs to Orlando, with everyone in the crowd sure to be dancing and a fresh new single, “The Ideas of You,” ready to grace your ears for the first time live.

Here’s your chance to win some free tickets to lovelytheband at House Of Blues Orlando on December 09, 2021!

Bonus points if you share this article on your insta/facebook/twitter/etc. Contest ends Monday, Dec 6, 2021 at 12pm EST.