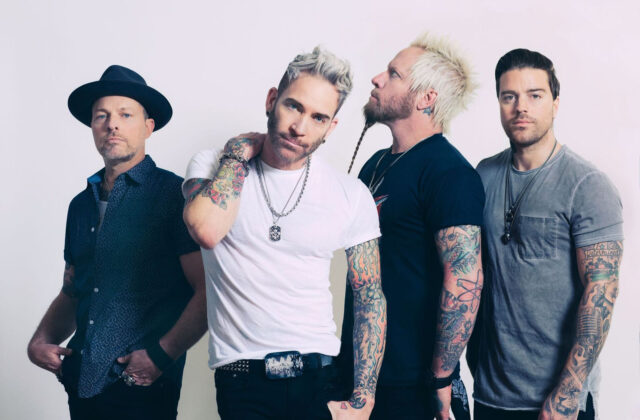 Get ready to get down, cause Hoobastank and Lit are hitting the road and coming to Florida! Not only will you have a chance to see these great acts, but offering opening support is Alien Ant Farm and Kris Roe of The Ataris! As part of their “Tried and True” tour, these bands will be at the one-and-only RITZ Ybor in Tampa on October 26th (GET TICKETS HERE!) and at the beautiful Reilly Arts Center in Ocala on October 27th, 2022 (GET TICKETS HERE!). Enter to win tickets at the bottom of this post. Hoobastank and Lit have practically written the soundtrack to the turn of the century. Personally, I grew up listening to these bands as a kid in the car, at birthday parties, and all the many dive-bars and billiard halls my Dad used to take me to. Hoobastank was formed in 1994 in Agoura Hills, California, by is lead vocalist Doug Robb with Dan Estrin on lead guitar, Chris Hesse on drums and Jesse Charland on bass. The band’s sophomore 2003 album The Reason peaked at number three on the US Billboard 200 and was eventually certified double platinum by the RIAA. They have sold over 2.3 million copies of this album in the United States alone! The song “The Reason” itself reached No. 2 on the Billboard Hot 100 and No. 1 on the US and World Modern Rock charts. “The Reason” is great, and they have heavier, harder, and faster music, but my personal favorite Hoobastank song has to be “Did You” from the Spider-Man 2002 soundtrack. The song goes hard even by today’s standards and the whole album is a time capsule to what music sounded like back in the day. Lit formed in 1988 in Orange County, Cali, and currently consists of A. Jay Popoff on lead vocals, Jeremy Popoff on lead guitar, Kevin Baldes on bass, and Taylor Carroll on drums, with the Popoff Brothers and Baldes being three of the four original members. The group has released six studio albums, but are best known for their 1999 album A Place in the Sun, which became so successful it eventually led to the album receiving a platinum certification from the RIAA. “My Own Worst Enemy” topped the Billboard Hot Modern Rock Tracks chart for a total of 11 weeks and received a Billboard Music Award for the Biggest Modern Rock Song of 1999. My personal favorite song from Lit would be “Miserable” which has an incredibly odd music video of Pamela Anderson as a giantess as the band plays their song on different parts of her. However, at the end, she betrays them by eating the band members one-by-one. If you want to hear some rock as sweet as Pam Anderson, come on out and see Lit and Hoobastank!

Don’t forget Alien Ant Farm who is best known for their Michael Jackson cover of “Smooth Criminal.” C’mon, everyone remembers seeing this video on MTV back in the day (when they played music videos). And, how can you not want to sing-along to “Boys Of Summer” by The Ataris? This show is the nostalgic hit we all need right now.

Heads up! This tour offers TWO VIP Packages! Check them out below for these once-in-a-lifetime experiences.