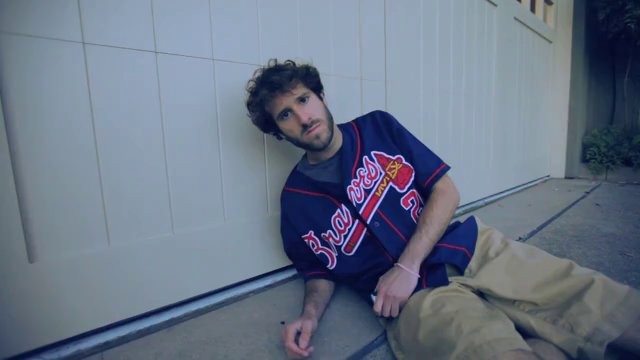 Hip-hop AND comedy?  Yes, please!  David Burd (better known by his stage name Lil Dicky) mixes the hip-hop stylings of Drake, J. Cole, and A$AP Rocky with the comedy stylings of Adam Sandler, The Lonely Island (Adam Samberg & co.), and Jon Lajoie.  Lil Dicky blends his passion for hip hop and rapping with relatable content about everyday experiences.  Forget songs about money, bling and poppin’ bottles at the club.  His self-deprecating lyrics and satirical songs are hysterical and even more so in his awesome music videos.

Some song examples include “Ex-Boyfriend,” about meeting his girlfriend’s attractive and well-endowed ex, “Classic Male Pregame,” about the ritual antics of guys pre-partying, “White Dude,” about the particulars of white male privileges, “Jewish Flow,” where he proclaims he’s sicker than the holocaust, and “Lemme Freak,” about trying to hook up on a date.  And of course, like any other rapper, he has a weed song, called “Too High.” (See video below). 🙂

Haven’t heard of him?  That might be because he only just started his music career a little over two years ago when he released his debut mixtape, So Hard, in April 2013.  His first video, “Ex-Boyfriend”went viral and got over a million views in 24 hours.

After releasing a new video once a week for five months, he launched a Kickstarter account to fund $70,000 for producing music, videos and touring.  He ended up raising $113,000.  He would then go on to hold his first concert at TLA in Philadelphia on February 19, 2014.  As a fellow Dicky myself (yes, that’s one of many nicknames of mine), I especially can’t wait to see him perform live.  You can check out this up and coming rapper and have some laughs at his show in Orlando at The Social with guests ProbCause and Swamp Posse on Thursday, June 11th (win tickets below).

Get Tickets to Lil Dicky In Orlando HERE! (You can always give them to someone else if you win)