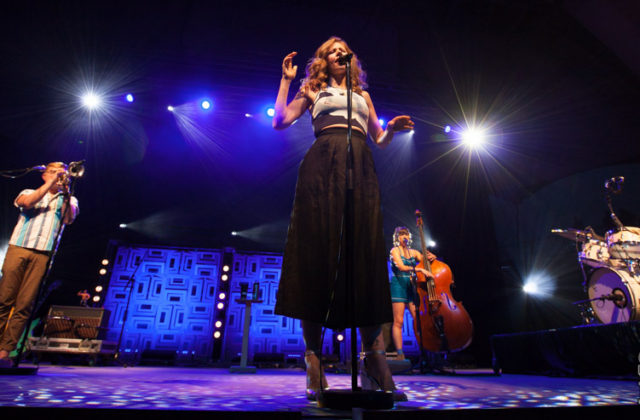 Road trips are an American summer pastime.  Summer is also the time live music gears up all over the land. So what better idea than a summer road trip including live music. That is what I set out upon with camera in hand.

Along the Blue Ridge Parkway are some pretty good subjects. I was taking landscapes, still-lifes, and some not bad self-portraits. I ventured up through South Carolina, North Carolina, and Virginia exploring mountaintops and waterfalls, photographing every bit of it. It all culminated with a live show in Charlottesville, VA at  the foot of the Blue Ridge Mountains. Lake Street Dive played at the outdoor Sprint Pavilion with Brett Dennen opening.

As the sun began to set, the heat was still rising from the concrete and the pavilion was filling with excited attendees. One of the things I love about visiting Virginia are the breweries that we cannot get here in Florida. Starr Hill Brewing has long been on the scene in Charlottesville and is a beer sponsor at the venue. I grabbed a cold Grateful Pale Ale to cool down. 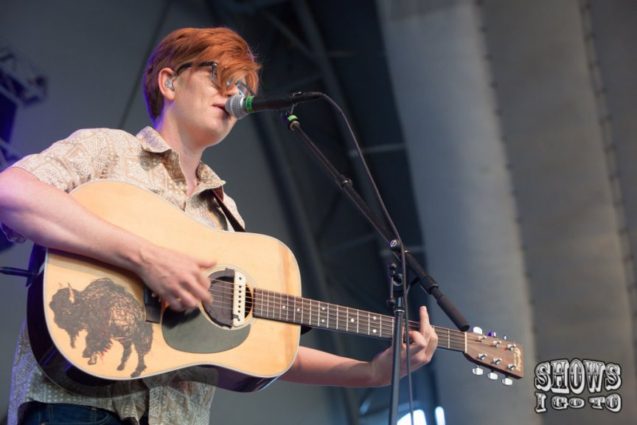 Brett Dennen was the first act to come on. I had not seen Brett perform since the Hang Out Festival in 2010. At that time, he had gone through a bit of a transformation and broken his usual laid back style for something a bit more rock n’ roll — on most of his body at least. He still wore no shoes. I was curious to see how Brett was carrying himself these days. He was back to the Brett I remember from years before. He was calm and easy going. And he still wore no shoes. He cooled the heat off the whole place. It was incredibly fitting and relaxing as the sun went down. The band played some newer songs off their latest release Por Favor and eased us into the night.

With the outside temperature cooling off, Lake Street Dive came to the stage and brought some heat. The sun went down and the lights went up. The set was heavy with tracks from their latest release Side Pony, but also showcased songs from their entire collection. The album just might be their most well-produced and upbeat release to date. They played the title track third and were accompanied by a large inflatable pony. It was explained that the term side pony not only refers to the carefree hairstyle but also to any quirky thing one might do without care of judgement from others. I’m pretty sure everyone from the front row to the back gate was dancing without concern of judgement. 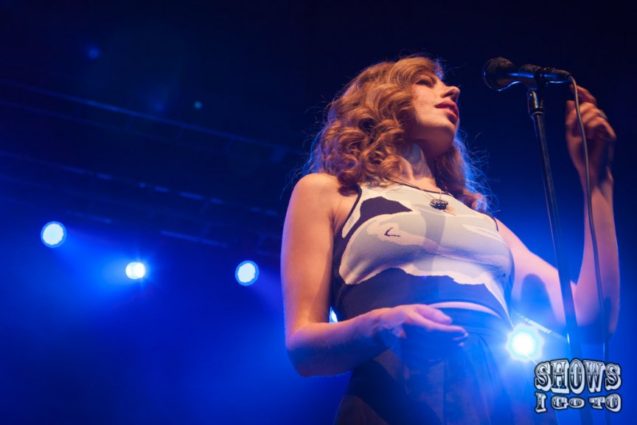 Their stage presence was captivating and professional. They have taken a huge step from shooting a YouTube videos on a Boston sidewalk. I certainly love when a drummer is placed on the front of the stage facing inward to the rest of the band. Not only is it immensely more visually appealing to me as a photographer, it allows the audience to see the communication between the band as a whole. The background screamed their 60’s pop-psychedelic style. It was clean, colorful and intriguing. I would try to describe it more, but that’s what photos are for.

Lake Street Dive is a well-oiled machine of musical prowess. I guess I should expect as much from a band that got its start as musical students. I don’t think I’ve ever seen someone shred a stand-up bass like birthday girl Bridget Kearney. Yes, that evening was her birthday and I couldn’t have been happier to spend it with her — not that she even knew I exist. Mike Calabrese on drums was fierce, smooth, and syncopated, positioned so we could see every bit of his playing. Mike “McDuck” Olson was on point. He transitioned from tearing up his guitar to blowing his own horn on trumpet. And, of course, Rachael Price was just tantalizing on vocals.  She has a big booming voice with an astounding range.

As all good things do, their enchanting set had to come to an end. But before it did, they all came together to sing a song around a solo microphone. Mike Olson was a loner and played his trumpet off to the side so as not to blow out everyone’s eardrums. They closed out the night with a phenomenal cover of “Bohemian Rhapsody.” It was so good even my mild-mannered father was up on his feet and cheered. 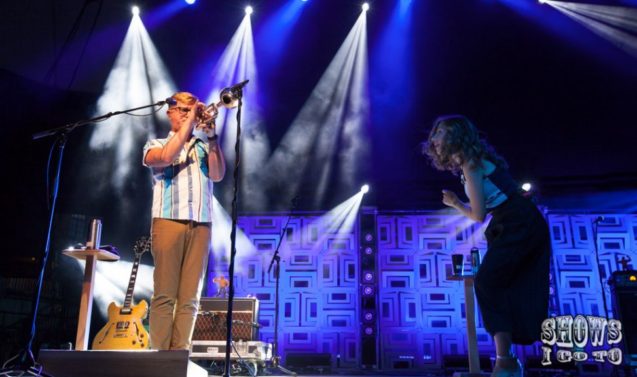 I absolutely cannot wait to see this band again. It has been three years since I have seen them and the last time was in the mountains of Virginia as well; at Floyd Fest. If it takes a road trip to see them again, I am ready.

To see Matthew’s photos from his accompanying road trip through the Blue Ridge Mountains, click here.