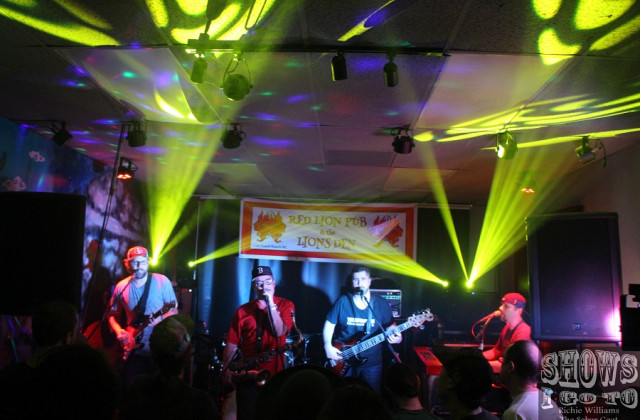 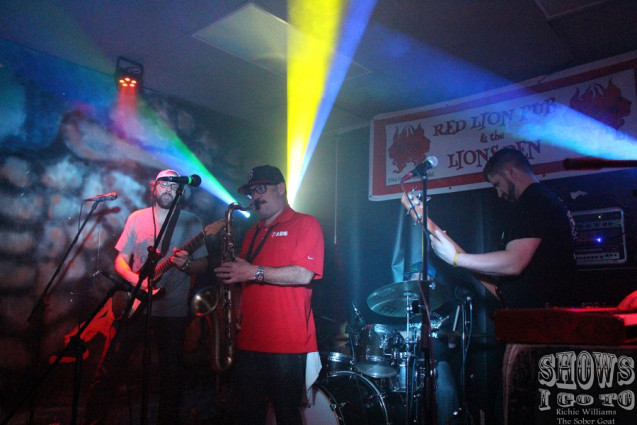 That being said, it’s no wonder that Kung Fu are true masters at the music they create, having spent countless hours of time and energy devoted to their passionate craft. Kung Fu features Tim Palmieri (guitar), Robert Somerville (tenor sax), Beau Sasser (keyboards), Chris DeAngelis (bass), and Adrian Tramontano (drums/percussion). They brought their first of four Florida stops on their Winter 2015 Tour to Red Lion Pub in Winter Park on Wednesday, December 9th. And as I said in my preview of the show: No, this isn’t a touring class about how to kick some ass, it’s a funky tour with some groove and jazz. 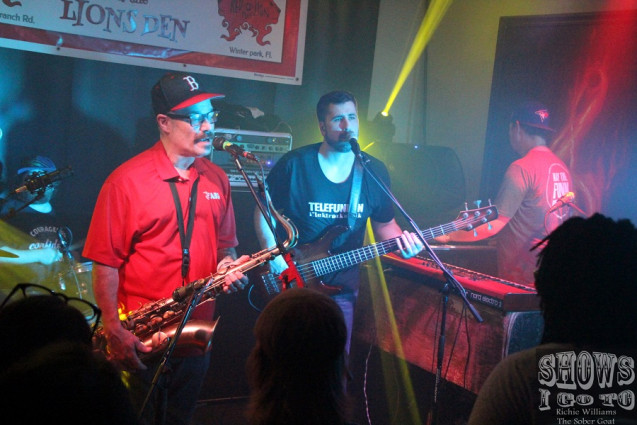 Opening up the show were Miami natives Electric Kif, consisting of Jason Matthews (Hammond SK2, Fender Rhodes, & Moog, Eric Escanes (Guitar), Armando Lopez (Drums) & Rodrigo Zambrano (Bass). They just released their first EP, Take Your Time, released April 27th 2015. These guys are quickly becoming one of my new favorite local Florida bands. Since I live in Orlando, and hardly make it down to Miami, this was only my second time seeing them live. Their fusion blend of rock, jazz, and funk bring so much energy; you can instantly tell the band is having fun as soon they hit the stage. They’re also some funny guys, as evidenced by a few of their Periscope broadcasts. 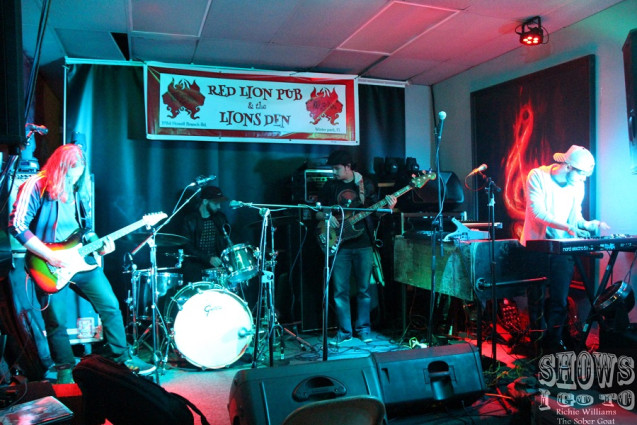 The show was running a little behind schedule, so Electric Kif were late to start and played a shorter set than usual, only about 30 minutes. The massive crowd that would end up packing the place was also slow to arrive. I’m sure many were busy pre-partying and had not arrived yet, while many others who had arrived were meandering throughout the venue either in the other room at the bar or hanging out in front of the venue where you can still hear the music somewhat. All I know is that when the Kif is in town, I’m gonna do my best to catch their set front and center. 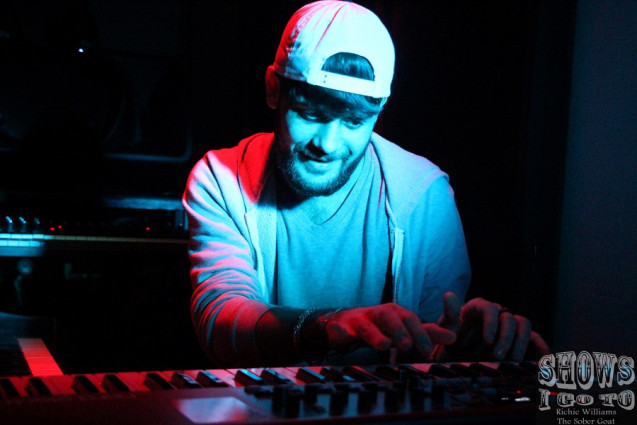 For those who couldn’t make the show, or were late to arrive, check out video of their set below, thanks to The Sober Goat! 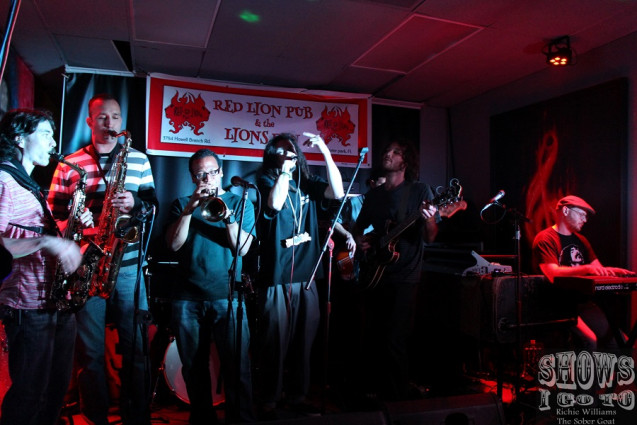 Since the show was running behind schedule, the set change was quick. Continuing with the underlying theme of the night, the guys in Leisure Chief mixed funk, fusion, and jazz into an ensemble of sound, from the cool and calm to the heavy and upbeat, and even added some hip hop to spice things up. For instance, halfway through the set, special guest Damian Chicata was welcomed onto the stage to spit his lyrical hot fire skills. I don’t think another person could have fit up on stage, or in the room for that matter. It was starting to get packed and everyone was thoroughly enjoying themselves, even members of Electric Kif and Kung Fu were out and about showing their support. The horn section really stood out on this small stage, and they were ultra phenomenal. Big ups to Christian Ryan for once again bringing a killer show to his family-run venue. 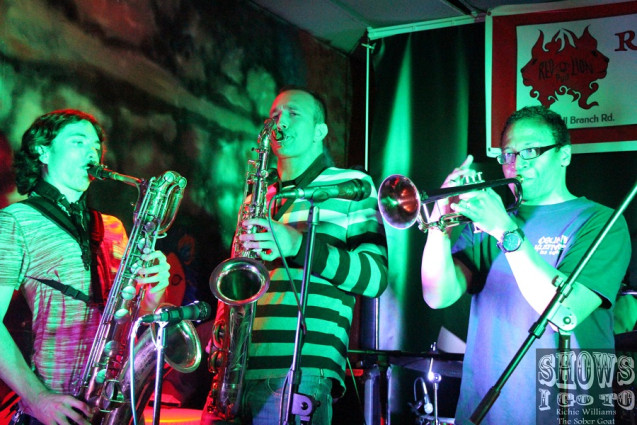 Check out video of their set below, thanks again to The Sober Goat!

After another relatively quick set change, the stage was ready for Kung Fu. I already had my bandanna wrapped around my head, ready for some KUNG FU FIGHTING!!! … and also to gather the percolation that was already accumulating from that cozy room atmosphere. Red Lion Pub has two rooms: the bar room and the venue room. The venue room is known as The Lion’s Den, and if I had to guess, at capacity that room could contain maybe 50 people without cramming into each other. But you gotta love the intimate scene that it creates between the fans and the band, and also between the fans and themselves as you dance shoulder to shoulder with you new friend. I remember at one point I was making my way back into The Lion’s Den and overheard someone say “All these people are taking up my dancing space!” Everyone in attendance was in good spirits and it’s always nice to be surrounded by like-minded people with common interests. 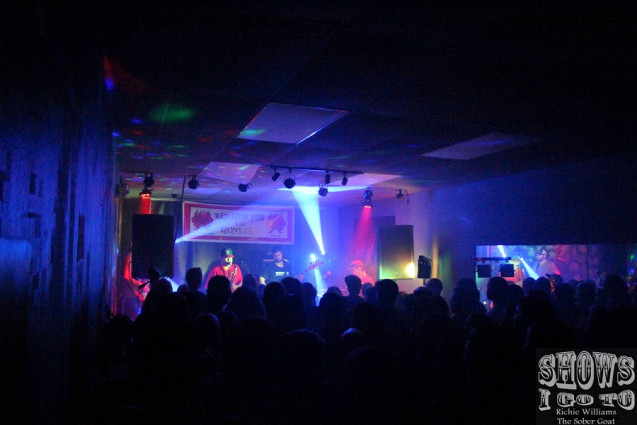 The remaining crowd capacity at the venue shuffled and rotated in and out from this room and the bar room, as well as outside in front of the venue. I myself did plenty of shuffling about the venue. It’s safe to say whoever was in The Lion’s Den during the music was getting down as hard as they could, singing the words when there were words to be sang, and screaming out their support between songs. 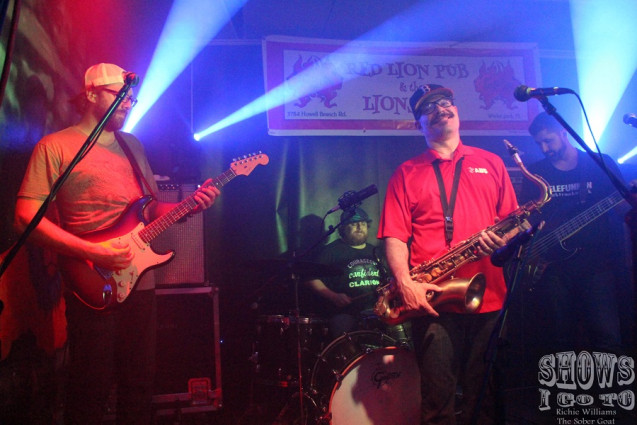 Several of the songs on the setlist were either new or unrecorded material (hopefully fans can expect a new album in 2016, fingers crossed!). I know at least one song was a cover: the track “Vulcan World’s” is originally by the jazz fusion band Return To Forever. One song, “Chin Music,” was dedicated to their tour manger, Jake … actually, it was more dedicated to his beard and the chin underneath it. The highlight of the set probably had to be the last two songs before the encore, “Hollywood Kisses” and “Do The Right Thing,” the first two songs off their latest album, Tsar Bomba, released in 2014. Those two songs are so grimy funky it’s disgusting. 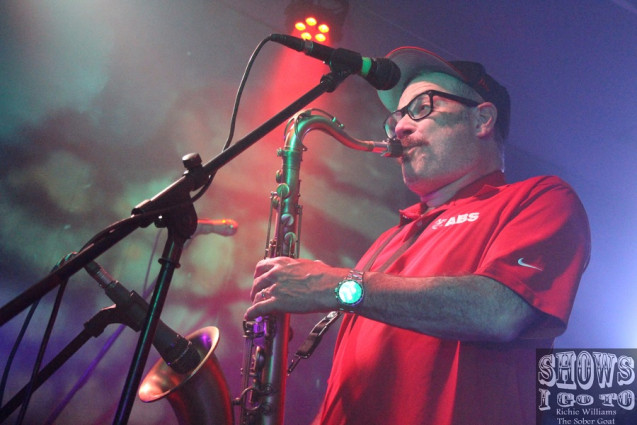 The band then rolled immediately into the encore, a random jam followed by the slow, funky “DYK” into the show closer “Samurai,” which ignited a raging EDM-ish dance party. The last song on the setlist was supposed be “Joyride,” but the band apparently called an audible, which in the end, I think “Samurai” was a damn good audible to make. It was a special night at Red Lion Pub and Orlando always love when Kung Fu comes to town. Come back soon!

Check out video of the show, thanks one more time to The Sober Goat.