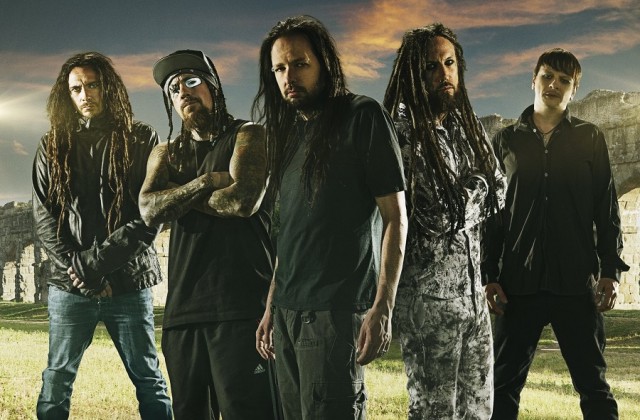 “ARE YOU READY?” I know I am. Korn has officially started their 2015 fall tour which pays tribute to the 20th anniversary of their self-titled debut album, Korn, performing it in its entirety. The tour stops at Hard Rock Live Orlando on Thursday, October 15, 2015 and is one of only two Florida dates on the tour, the other being the following night at The Fillmore in Miami Beach. Get your tickets now, several shows on the tour are already sold out and I’m certain the Hard Rock Live Orlando show almost is. Supporting Korn on this tour are Suicide Silence and Islander. Doors at 6 PM, show at 7:30 PM. 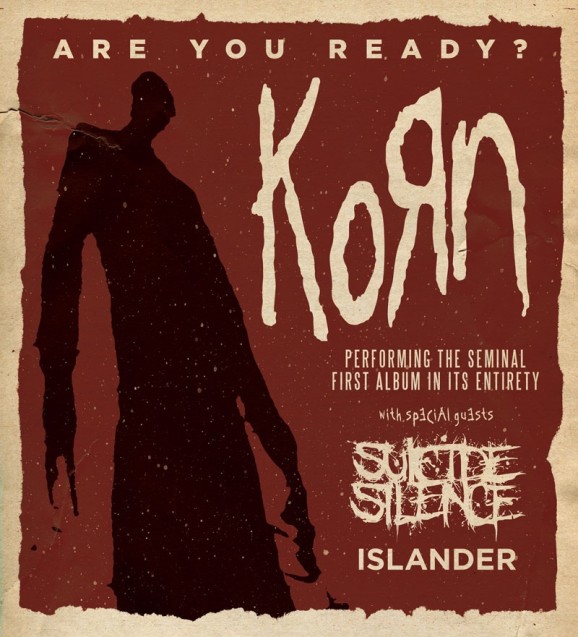 The band’s first album has provided supreme influence over the last two decades of American heavy music.  The first track “Blind” was the first single and eventually became the unofficial nu metal anthem, peaking at #72 on the Billboard 200. Just watch this absolute wave of people jumping up and down in the crowd when the song kicks in from their performance at Woodstock ’99.

I’ve been waiting for this tour for a very long time. I mean, I’ve seen them several times (firstly was November 1998 in Lakeland, FL on the Follow The Leader tour) but it’s always a treat to catch a tour playing a full classic album. This album was released in October 1994 and includes 12 songs themed on topics such as child abuse, drug abuse and bullying. There is also the contentious album cover. 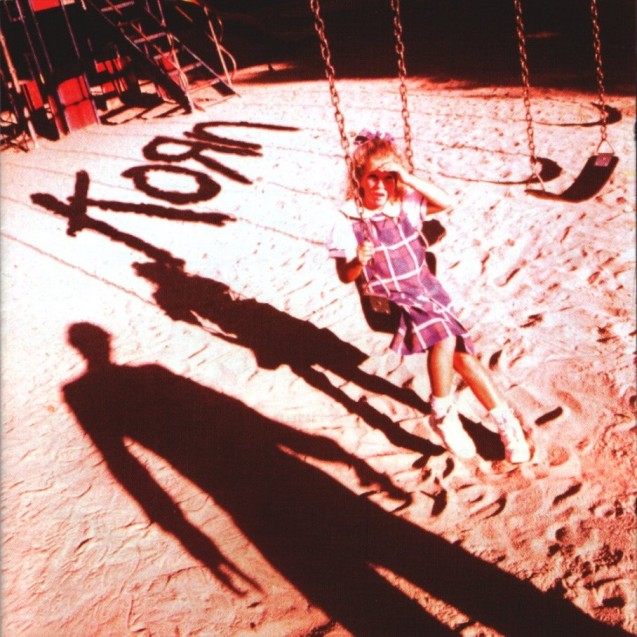 In 2013, guitarist Brian ” returned to the band after leaving in 2005. And in 2008, Ray Luzier replaced original drummer David Silveria, who left the group in 2006 and is currently working on getting a wider release for Echoes and Traces, the debut from his alt-metal project Infinika.
Guitarist James “Munky” Shaffer is still shredding, Reginald “Fieldy” Arvizu is still funkin’ that bass up, and front man singer Jonathan Davis is better than ever. Here’s the guys playing “Ball Tongue” (track 2 on the album) live at Hellfest 2015 in France.

Want to win 2 Tickets to see KORN at Hard Rock Live in Orlando, FL on Thursday, October 15, 2015?! There are several ways to enter!*

Get Tickets to KOЯN HERE!(You can always give them to someone else if you win)