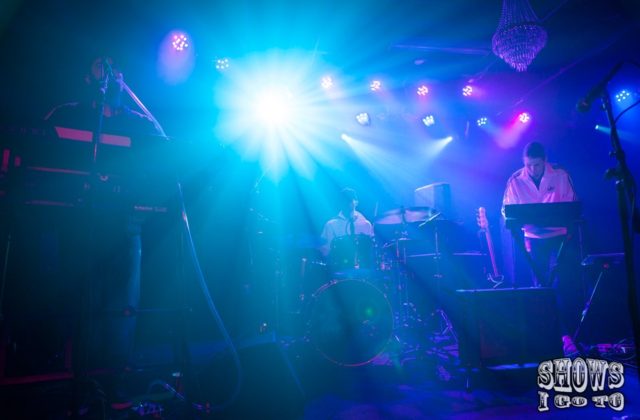 This was a great show. Adidas track suits, multiple talk boxes, keyboards on keyboards, young and restless energy…a total dance party. They played like no one on stage had ever proven themselves before; yet, they have, many times before. They were missing their original lineup, but they still gave us something very original which, transcended time and space, well, at least space to dance.

Heavy electronica drumming stayed tight the whole night through the hands of Dave Watts, The Motet founder and drummer. Garret Sayers, also the bassist for The Motet, held it down next to his long time friend. Some traditional bass players might say Garrett Sayers plays too many notes. If you’ve ever seen him play, you’d know he could play more, if he wanted too, but he’ll give you what you need, when you need it. The band staged more keyboards and talk boxes than I’ve ever seen before. Joey Porter, another member of The Motet, led the keyboard brigade, (and also, gave me a few new lines to pick up chicks through his lyrics.) The ladies are going crazy. Thank you, Joey.

The band as a whole gave us everything we ever wanted in a party band. It took influences of electronica, funk, and rock over the past 30 years and added a whole plethora of progressive grooves. They turned Cervantes into a 100% disco.