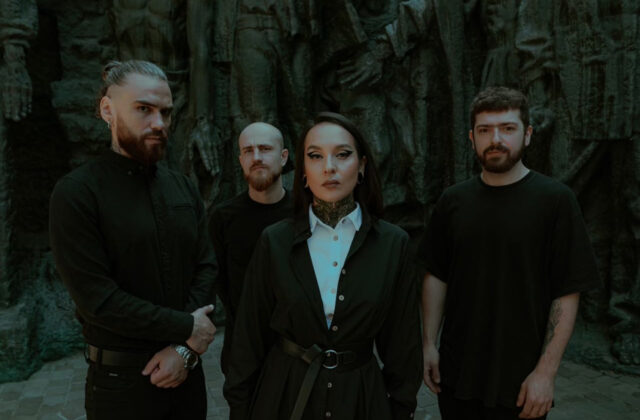 Mystical, yet brutal. Progressive, yet old school. Winter is coming, and it’s bringing Jinjer through town and playing Jannus Live in St. Petersburg on December 13 (GET TICKETS HERE!) and the House of Blues in Orlando on December 14 (GET TICKETS HERE!), and you need to get out to one or both and experience the eastern European metal sensation! Coming with them are the tour companions P.O.D., Malevolence, and fellow Ukrainians, Space Of Variations. Shows I Go To is your hookup for getting free tickets to see this metal masterpiece. Enter below! Coming straight out of Donetsk, Ukraine, Jinjer initially formed in 2009, however, none of the original members are still with the band. Now featuring Tatiana Shmailyuk, adding more members, and moving slightly away from their more standard metalcore sound, Jinjer started making a name for itself throughout Europe on the strength of it’s first two EP’s as well as it’s first album, Cloud Factory. In 2014, they were signed by Napalm Records, and the final original member left as well. Now a four piece, Jinjer began multiple world tours, and released 3 more albums, quickly gaining a reputation around the globe as a musical force to be reckoned with.

Initially sounding similar to a standard metalcore band, Jinjer has quickly added a major progressive slant to its sound that has set itself apart from the rest of the pack. Along with this, they have been incorporating other styles of music as well, including R&B, jazz, reggae, and funk. This has led to them getting the distinction as groove metal, which reminds me of probably one of the greatest multi-genrelists, Refused, and The Shape of Punk to Come. The newest album, Wildflowers, definitely shows of these new influences, and some of my favorite tracks include “Vortex” & “Copycat.”

Jinjer does not make it over to the US too often, so chances to catch them are few and far between, especially with the new geopolitical climate. Getting them twice in two days only 90 miles apart? Unheard of! Get yourself out to see them either in Orlando or St. Pete, or why not both? Jinjer and their next level metal is something to behold, and I’m sure just one helping is not enough. Get out there, and raise those horns! Jannus Live in St. Petersburg on December 13 (GET TICKETS HERE!) and the House of Blues in Orlando on December 14 (GET TICKETS HERE!).