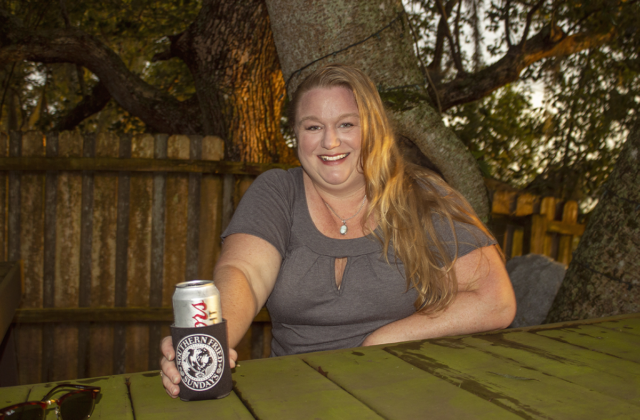 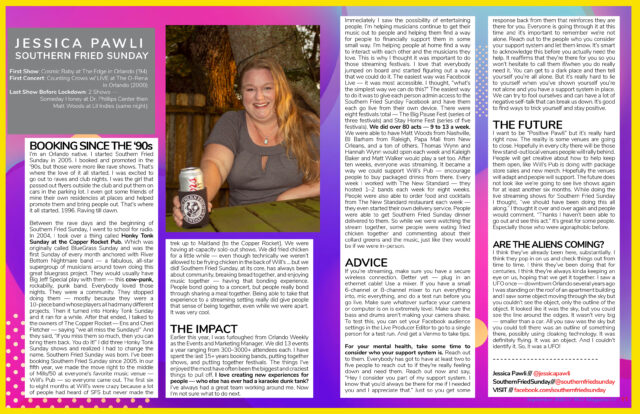 BOOKING SINCE THE ‘90s

I’m an Orlando native. I started Southern Fried Sunday in 2005. I booked and promoted in the ’90s, but those were more like rave shows. That’s where the love of it all started. I was excited to go out to raves and club nights. I was the girl that passed out flyers outside the club and put them on cars in the parking lot. I even got some friends of mine their own residencies at places and helped promote them and bring people out. That’s where it all started. 1996. Raving till dawn.

Between the rave days and the beginning of Southern Fried Sunday, I went to school for radio. In 2004, I took over a thing called Honky Tonk Sunday at the Copper Rocket Pub. Which was originally called BlueGrass Sunday and was the first Sunday of every month anchored with River Bottom Nightmare band — a fabulous, all-star supergroup of musicians around town doing this great bluegrass project. They would usually have Big Jeff Special play with them — this cow-punk, rockabilly, punk band. Everybody loved those nights. They were a community. They stopped doing them — mostly because they were a 10-piece band whose players all had many different projects. Then it turned into Honky Tonk Sunday and it ran for a while. After that ended, I talked to the owners of The Copper Rocket — Ens and Cheri Fletcher — saying “we all miss the Sundays!” And they said, “If you miss them so much, then you can bring them back. You do it!”

I did three Honky Tonk Sunday shows and realized I had to change the name. Southern Fried Sunday was born. I’ve been booking Southern Fried Sunday since 2005. In our fifth year, we made the move right to the middle of Mills/50 at everyone’s favorite music venue — Will’s Pub — so everyone came out. The first six to eight months at Will’s were crazy because a lot of people had heard of SFS but never made the trek up to Maitland [to the Copper Rocket]. We were having at-capacity sold-out shows. We did fried chicken for a little while — even though technically we weren’t allowed to be frying chicken in the back of Will’s … but we did! Southern Fried Sunday, at its core, has always been about community, breaking bread together, and enjoying music together — having that bonding experience. People bond going to a concert, but people really bond through sharing a meal together. Being able to take that experience to a streaming setting really did give people that sense of being together, even while we were apart. It was very cool. 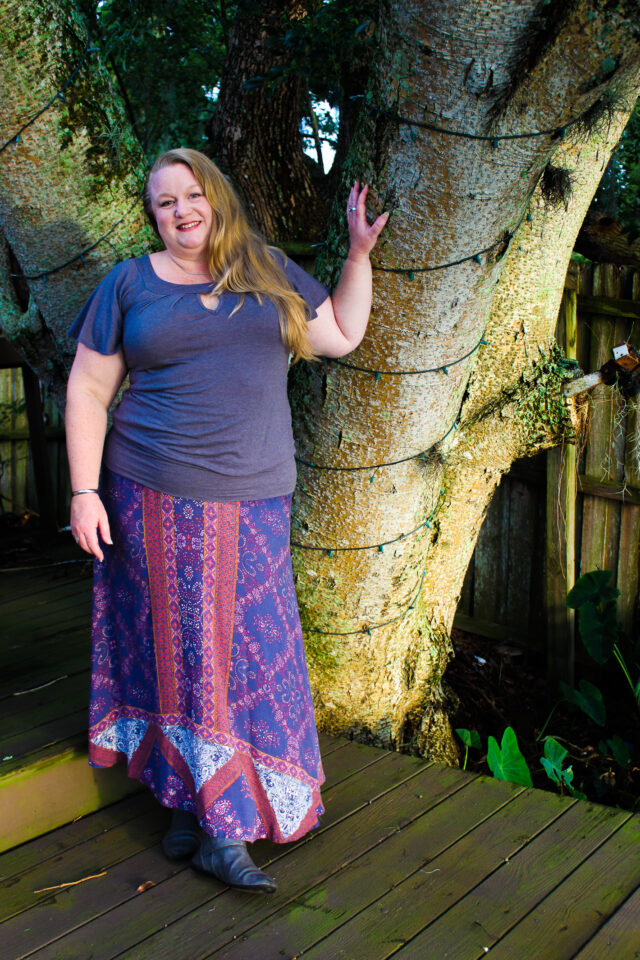 Earlier this year, I was furloughed from Orlando Weekly as the Events and Marketing Manager. We did 13 events a year ranging from 300–3000+ attendees each. I have spent the last 15+ years booking bands, putting together shows, and putting together festivals. The things I’ve enjoyed the most have often been the biggest and craziest things to pull off. I love creating new experiences for people — who else has ever had a karaoke dunk tank? I’ve always had a great team working around me. Now I’m not sure what to do next.

Immediately I saw the possibility of entertaining people. I’m helping musicians continue to get their music out to people and helping them find a way for people to financially support them in some small way. I’m helping people at home find a way to interact with each other and the musicians they love. This is why I thought it was important to do those streaming festivals. I love that everybody jumped on board and started figuring out a way that we could do it. The easiest way was Facebook Live — it was most accessible. I thought, “what’s the simplest way we can do this?” The easiest way to do it was to give each person admin access to the Southern Fried Sunday Facebook and have them each go live from their own device. There were eight festivals total — The Big Pause Fest (series of three festivals) and Stay Home Fest (series of five festivals). We did over 80 acts — 9 to 13 a week. We were able to have Matt Woods from Nashville, BJ Barham from Raleigh, Papa Mali from New Orleans, and a ton of others. Thomas Wynn and Hannah Wynn would open each week and Kaleigh Baker and Matt Walker would play a set too. After ten weeks, everyone was streaming. It became a way we could support Will’s Pub — encourage people to buy packaged drinks from there. Every week I worked with The New Standard — they hosted 1–2 bands each week for eight weeks. People were also able to order food and cocktails from The New Standard restaurant each week — they even started their own delivery service. People were able to get Southern Fried Sunday dinner delivered to them. So while we were watching the stream together, some people were eating fried chicken together and commenting about their collard greens and the music, just like they would be if we were in-person. 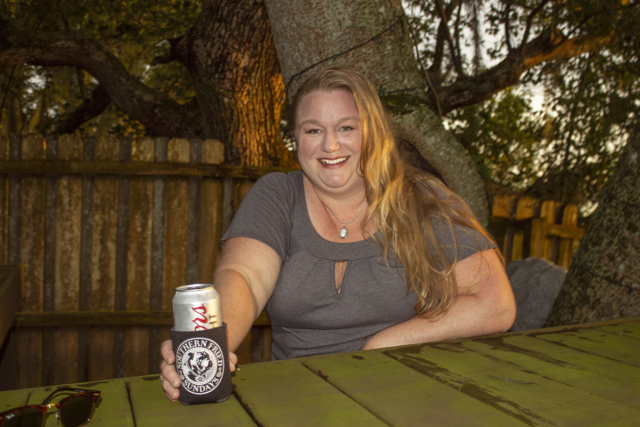 If you’re streaming, make sure you have a secure wireless connection. Better yet — plug in an ethernet cable! Use a mixer. If you have a small 6-channel or 8-channel mixer to run everything into, mic everything, and do a test run before you go live. Make sure whatever surface your camera or computer is on is extremely level. Make sure the bass and drums aren’t making your camera shake. To test this, you can set your Facebook audience settings in the Live Producer Editor to go to a single person for a test run. And get a Venmo to take tips.

For your mental health, take some time to consider who your support system is. Reach out to them. Everybody has got to have at least two to five people to reach out to if they’re really feeling down and need them. Reach out now and say, “Hey I consider you part of my support system. I know that you’d always be there for me if I needed you and I appreciate that.” Just so you get some response back from them that reinforces they are there for you. Everyone is going through it at this time and it’s important to remember we’re not alone. Reach out to the people who you consider your support system and let them know. It’s smart to acknowledge this before you actually need the help. It reaffirms that they’re there for you so you won’t hesitate to call them if/when you do really need it. You can get to a dark place and then tell yourself you’re all alone. But it’s really hard to lie to yourself when you’ve shown yourself you’re not alone and you have a support system in place. We can try to fool ourselves and can have a lot of negative self-talk that can break us down. It’s good to find ways to trick yourself and stay positive. 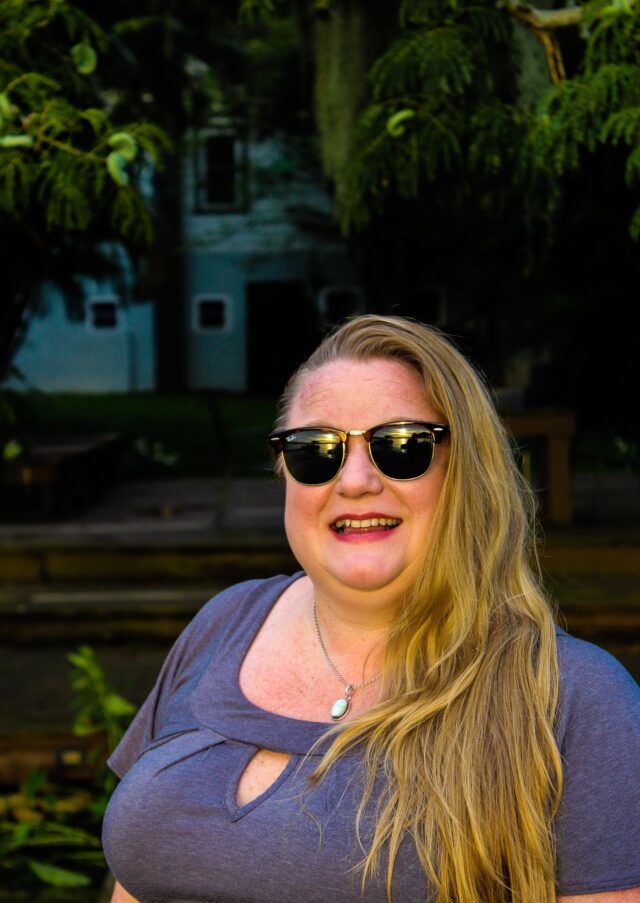 I want to be “Positive Pawli” but it’s really hard right now. The reality is some venues are going to close. Hopefully in every city there will be those few stand-out local venues people will rally behind. People will get creative about how to help keep them open, like Will’s Pub is doing with package store sales and new merch. Hopefully the venues will adapt and people will support. The future does not look like we’re going to see live shows again for at least another six months. While doing the live streaming shows for Southern Fried Sunday I thought, “we should have been doing this all along.” I thought it over and over again and people would comment, “Thanks I haven’t been able to go out and see this act.” It’s great for some people. Especially those who were agoraphobic before.

I think they’ve already been here, substantially. I think they pop in on us and check things out from time to time. I think they’ve been doing that for centuries. I think they’re always kinda keeping an eye on us, hoping that we get it together. I saw a UFO once — downtown Orlando several years ago I was standing on the roof of an apartment building and I saw some object moving through the sky but you couldn’t see the object, only the outline of the object. It looked like it was the sky, but you could see the line around the edges. It wasn’t very big — smaller than a car. All you saw was the sky but you could tell there was an outline of something there, possibly using cloaking technology. It was definitely flying. It was an object. And I couldn’t identify it. So, it was a UFO.

Get the full interview (w/exclusive audio and ALL the photos) with the magazine.