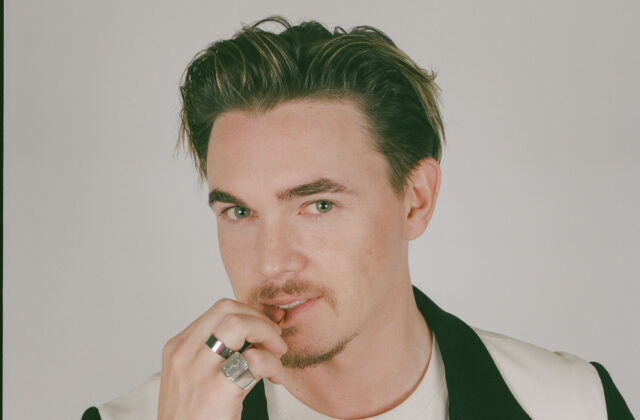 When we’re ready, we open up at just the right time and share who we are with the world. Jesse McCartney opens up more than ever on his fifth full-length album, New Stage (2021). “The New Stage Tour” is a massive affair featuring special guests Jamie Miller and Casey Baer. The tour features two dates in Central Florida, the first is Monday, June 6 at the House of Blues in Orlando (TICKETS HERE). The second date is on Tuesday, June 7 at Jannus Live in St. Petersburg (TICKETS HERE). Maintaining a career marked by platinum success, performances for two U.S. presidents, sold out shows worldwide, a quarter-of-a-billion streams, and dozens of film and television appearances, the New York-born and Los Angeles-based singer, songwriter, artist, and actor deconstructs his signature style with no-frills instrumentation, eloquent songcraft, and heightened lyrical vulnerability. Simultaneously, his acting credits grew to include everything from Chernobyl Diaries and Fear The Walking Dead to Alvin and the Chipmunks, and even voicing the character Roxas/Ventus in gamer favorite Kingdom Hearts.

The album reflects on the journey through my late teens and twenties,” he explains. “In many ways, it was very therapeutic. I got to discuss some of my own insecurities, let my guard down, and be vulnerable. At this point in my life everything feels like it’s clicking into place. I’m looking forward to a whole new stage.”

McCartney has long been a fixture in the music industry, with his career beginning in the late ’90s when he sang with the group Sugar Beats along with being a titular member of Dream Street, an American-pop boy band. His first solo album, Beautiful Soul, came in 2004 putting a fresh face on the pop music that he had been working on since 1998. Taking nearly two years to complete, his first album was a mix of pop, R&B, and electric sounds that felt like the perfect soundtrack to the typical nineties movie. Over the next seventeen years, McCartney would release five more albums that showed off his vocal range along with his talent as a songwriter. His latest release, New Stage, is an expansion in sound for McCartney.

Make sure to check out McCartney while he is in Florida, as the rest of the tour is selling fast and the last tour date is June 25! McCartney is a talented musician with an enormous voice range and six albums worth of beautiful songs. McCartney brings a crowd no matter where he goes. Catch him in Florida and enter to win a pair of tickets below!

We’ve teamed up with No Clubs & Live Nation FL to give you a chance to WIN (2) GA TICKETS to JESSE MCCARTNEY at your choice: House Of Blues in Orlando, FL on June 06 OR Jannus Live in St. Pete, FL on June 07, 2022!