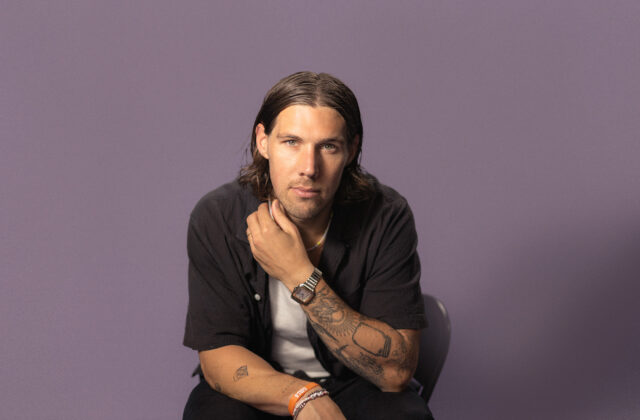 Delivering impactful anthems with impressive consistency and grinding tirelessly, Jake Scott has quietly arrived as a proven pop maverick with a dynamic style and a whole lot to say. Now he’s bringing those words to the stage on his massive fall headline tour across the U.S. dubbed “The Lavender Tour,” the 21-date trek kicks off on October 15 in San Diego and hits Orlando, FL on Friday, October 21st at The Plaza Live (GET TICKETS HERE!). Opening support provided by special guests Sam MacPherson and Brynn Cartelli. Pop singer-songwriter, producer, and multi-instrumentalist Jake Scott was born in Fayetteville, Arkansas and is currently based in Los Angeles. The artist initially transformed into an independent phenomenon before signing with Elektra Records. Scott recently surpassed 500M+ total career streams and is currently in the studio working on his much-anticipated debut project with Elektra Records.

Scott unveiled his new single “She’s Not You” on July 22 along with a companion live performance video, captured in Los Angeles. Co-written by Scott and co-produced alongside Eren Cannata (Walk the Moon, Tones & I, Jake Wesley Rogers), the love song couples Scott’s sincere songwriting with melodic, guitar-driven beats. Of the new track, Scott said: “She’s Not You’ is the story of finding the perfect person who still can’t compare to the one you lost.”

He continued, “The Lavender Tour is a huge milestone for me. These are the biggest rooms I’ve played yet and I’m so excited about the show we’ve put together. I promise I’m going to give you everything I’ve got!” Earlier this year, Scott made his national television debut on The Kelly Clarkson Show – performing his anthemic, anecdotal track “Texas Girl” – and was named one of People Magazine’s “Emerging Artists” to watch. Additionally, his 2021 collaboration with multi-Platinum country star Russell Dickerson – “She Likes It” – became RIAA Certified Gold and has amassed 100M+ total streams in the U.S. alone. The song is currently in the Top 30 and climbing at Country Radio, and on July 18, Scott and Dickerson delivered a stellar live performance of the track on Good Morning America.

The Plaza Live was originally constructed in 1963 where it was the city’s first two-screen movie theater. The historic Plaza Live is one of Orlando’s premiere live concert venues, offering seated and standing shows of a wide variety. The Plaza Live also provides a balcony and an ample capacity of 1250 patrons. Make sure you catch Jake Scott at The Plaza Live on Friday, October 21st live on-stage! GET TICKETS HERE!

We’ve teamed up with AEG Presents Southeast to give you a chance to WIN (2) TICKETS to see JAKE SCOTT at The Plaza Live in Orlando, FL on October 17, 2022!