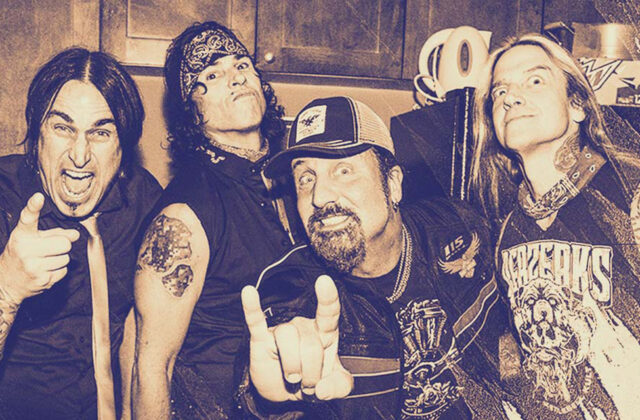 Southern Metal band Jackyl is back on tour once again and coming to House of Blues Orlando! For one night only on May 13th, 2022, be prepared to hear some classic rock and roll with a bad attitude to boot with opening support coming from the band Leaving Haven (TICKETS HERE!). Hailing from central Georgia, these self proclaimed “Redneck Punks” have been kicking since 1992. If the guys from AC/DC were good ol’ boys from America’s deep south, they would sound a lot like Jackyl. In fact, Jackyl points to AC/DC as a major inspiration, even getting lead singer Brian Johnson on their third studio album Cut The Crap in 1997.

Jackyl first found their success in 1992 with the release of their self-titled debut album. With five rockin’ singles and over one million copies sold, this album became certified platinum and cemented the band as a force to be reckoned with. For who else can expertly play a bluesy gas powered chainsaw solo? Yes you read that correctly. Lead singer and chainsaw aficionado Jesse James Dupree first began playing with the chainsaw for early live shows, and eventually found a way to incorporate that “metal” sound into their first album on the track “The Lumberjack”, in my opinion, one of their best songs.

Still not convinced on how hard they rock? They have been dubbed by Guinness World Records as “The Hardest Working Band in Rock ‘N’ Roll”, holding not one but TWO World Records. One for playing 100 concerts in 50 days and the other for 21 concerts in just a 24 hour period. And to think that through all this the band stays humble, with Jesse James Dupree being quoted as saying, what they play is just “good music to cop a buzz to”.

Come see Jackyl on May 5th 2022 at the House of Blues in Orlando for stadium rock energy with a little in-your-face southern charm.