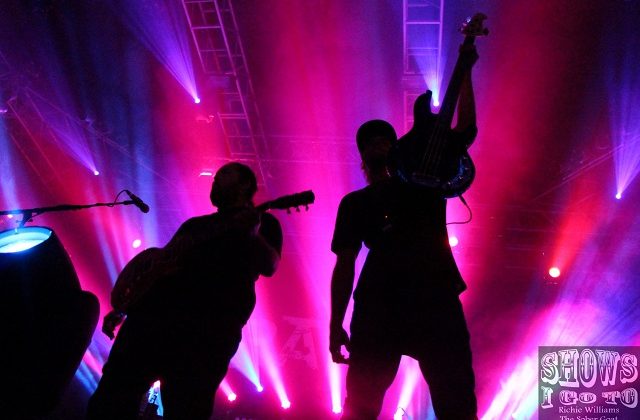 It was time for another Reggae Friday as Iration brought their “Hotting Up Tour 2016” to House of Blues Orlando on Friday, April 22, with special guests HIRIE and The Expanders opening up the show. Unfortunately, I stepped inside the packed venue just in time to hear the last minute of The Expanders set. They definitely pumped good vibes into the crowd, awakening them in preparation to rage.

HIRIE was up next. They are one of Hawaii’s newest upcoming acts. Born in the Phillipines and raised in Italy, lead singer Hirie spent most of her of life in Oahu, Hawaii. Hirie’s 2013 self-titled debut album mixes her silky, smooth voice with roots, reggae and pop to create her own unique style. Unlike many solo reggae artists, Hirie records with a live band as opposed to using pre-recorded mixtapes. It was apparent that performing on stage with a band is what she loves to do. She was dancing all over the place when she wasn’t singing, or playing acoustic guitar and the melodica. 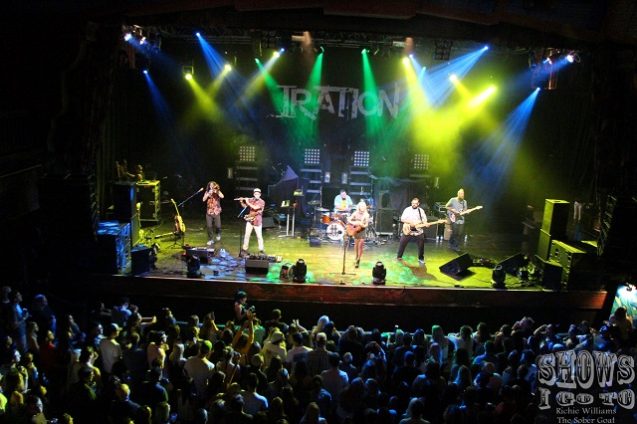 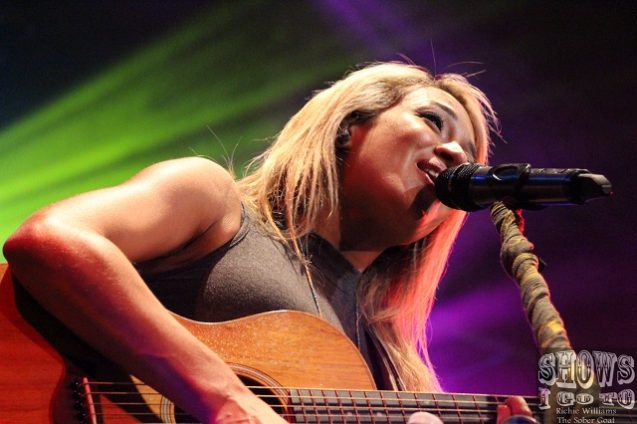 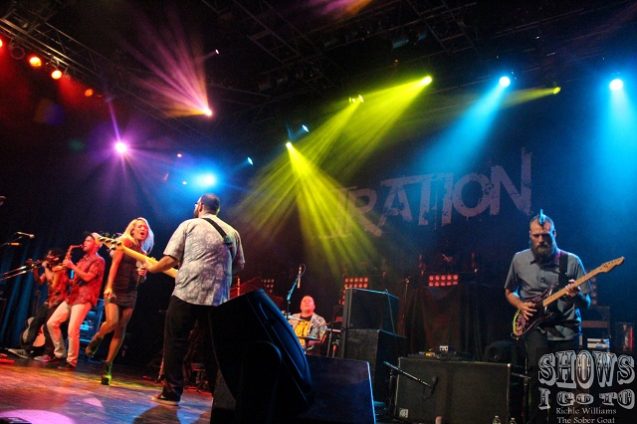 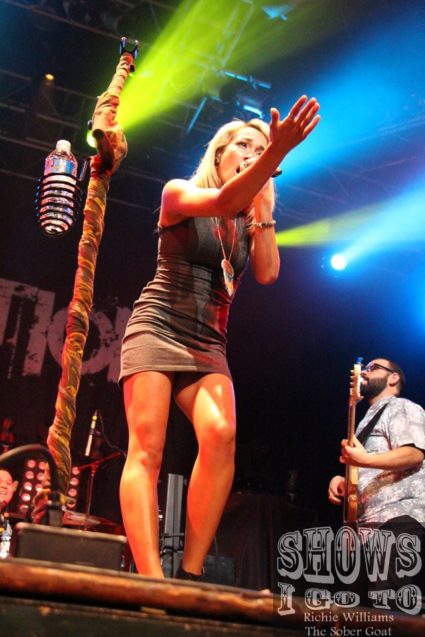 The band includes Hirie (Lead Vocals, Guitar, Uke), Chris Hampton (Saxophone, Melodica, Accordion), Andrew McKee (Trombone, Guitar, Didgeridoo, Percussion), Andy Flores (Bass), Blaine Dillinger (Lead Guitar), Chetan Chanana (Drums) and Devin Welsch (Sub. Keys). Towards the end of their set, Hirie told the crowd to come visit them upstairs at the merch booth and “get your free hugs or your titties signed.” So I made my way up to the merch area after their set and got a hug and picture with both Hirie, and Chetan or aka #hawaiiantist. 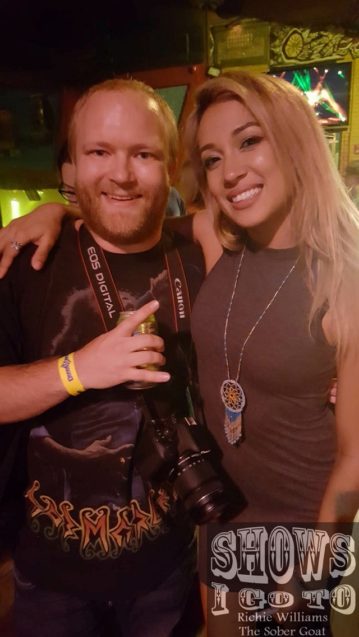 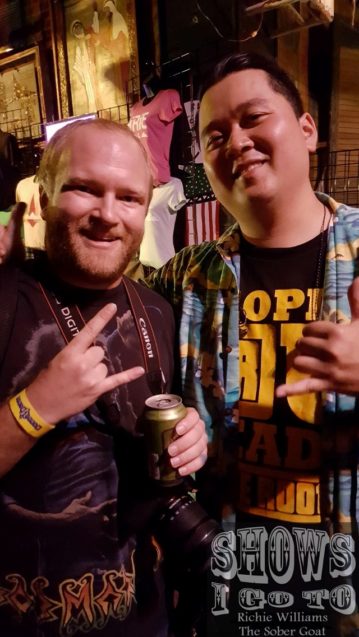 Check out this highlight video of Hirie’s set which includes the songs “Lost and Found” and “Don’t Take My Ganja”, thanks to The Sober Goat!

The time had come for the main event. The lights dimmed and the curtains opened as Iration began pumping out raw reggae beats and ill irie vibes. There was a nice light display on stage to compliment the good feels that were emulating throughout the room. Several songs got the crowd involved either singing along or clapping hands to the beat. The band has a great chemistry on stage and don’t hold back showing how much fun they’re having. 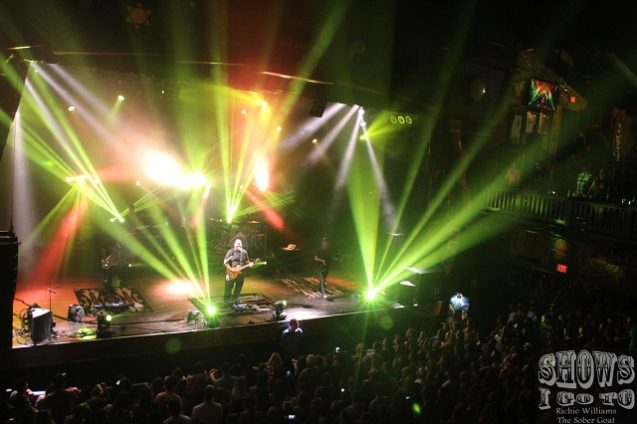 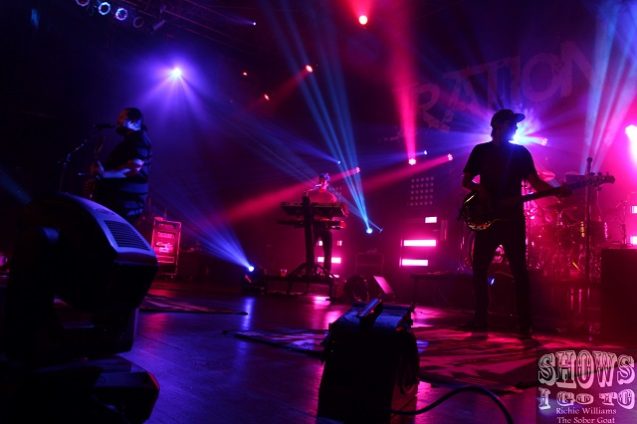 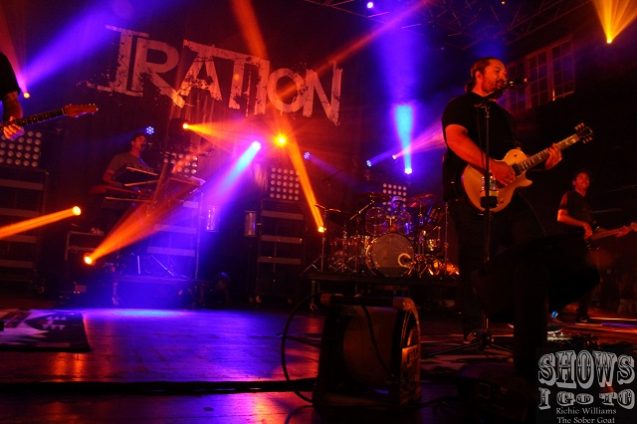 They formed in Isla Vista, California, with a mutual passion for deep-rooted reggae music fused with elements of rock and pop to create smooth original sounds. The group released their Hotting Up album in summer of 2015. These Hawaiian-bred musicians look forward to spreading their original sound and the Aloha spirit all the while never forgetting to get a surf in when possible. They play a mix of sunshine reggae, dub, and rock. Also, the rootsy, romantic side to their music can definitely excite the ladies on the dance floor. The group is made up of members Joseph Dickens (Drums), Joseph King (Engineer), Cayson Peterson (Keyboard/Synth), Micah Pueschel (Guitar/Lead Vocals), Adam Taylor (Bass), and Micah Brown (Guitar/Vocals). All of the members met while growing up in Hawaii but formed the band after reconnecting in Santa Barbara, CA – the exception being Micah Brown who officially joined the group in 2014. 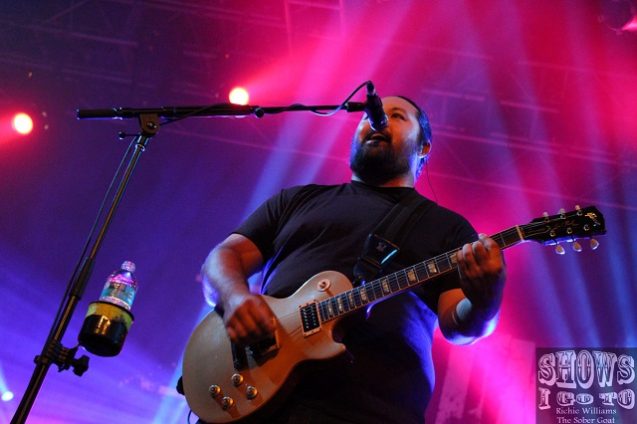 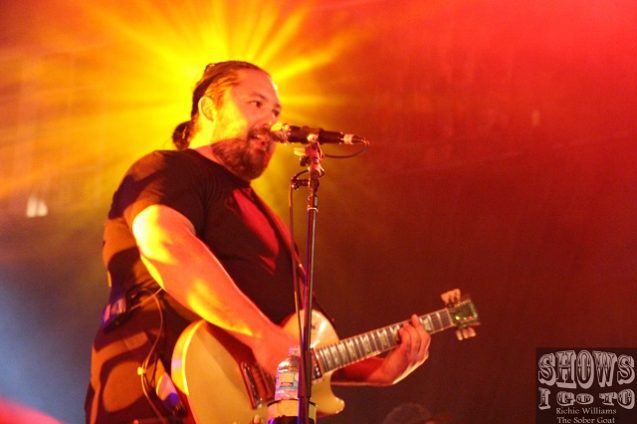 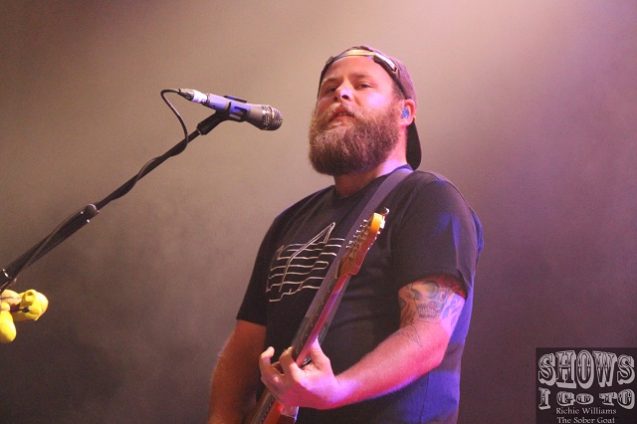 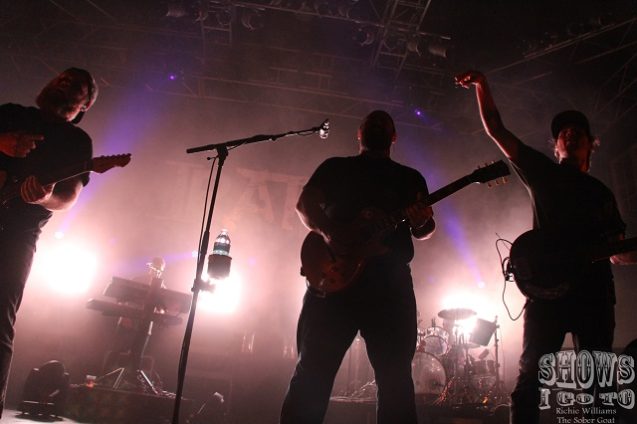 The night was full of beat-driven uptempo tunes as well as slower, more mellow tracks with the perfect mixes of drum & bass, rocking guitars, and catchy melodies/harmonies. The surprise of the night was the cover of “Mary Jane’s Last Dance” by Tom Petty & The Heartbreakers. The most expected moment of the night, of course, was the last song of the night, “Time Bomb” which is probably the band’s most popular song. Check out the highlight video of Iration’s set which includes both of those songs, as well as “Electricity,” “Burn,” and “Hotting Up,” thanks to The Sober Goat!