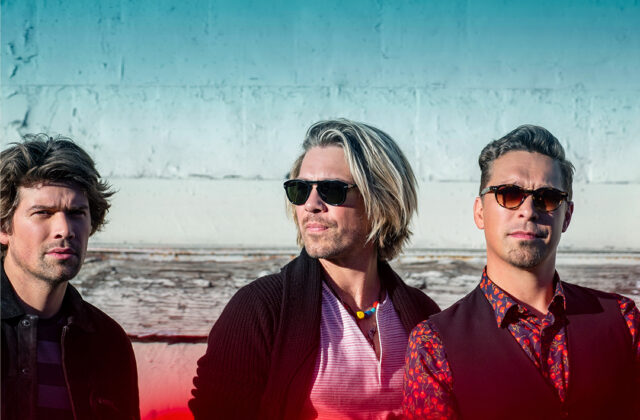 Celebrating over 30 years of performing together, Hanson will be playing at Jannus Live on July 17th in St. Petersburg (TICKETS HERE!). Their new album Red Green Blue tells a story about who  Taylor, Zac, and Issac are and their journey to now. Full of soulful lyrics with a blend of folk-rock and alternative-electric beats which flow with grace. This album is truly a blessing to the ears, as the emotion and sincerity feels like a big hug. The only thing better than the album would be to watch it live. With the release of the album Red Green Blue came the subsequent world tour. The tour began in June of 2022 in Europe and will come to the US in July for a few dates, which include ONE FLORIDA DATE! Founded in 1992 in Tulsa, Oklahoma by the Hanson brothers Isaac, Taylor and Zac. Most known for “MMMBop” and “Boomerang”, the group released their first studio album, Middle of Nowhere, in 1997 with the album going number 2 on the Billboard 200 and went number one in Australia, Germany and the UK. With over 11 studio albums to their name and four live albums, Hanson is nothing short of one of the most accomplished indie bands from the nineties that carried into the 2000’s. Finding commercial success in the summer of ‘97, they never fell out of sight and continued to tour the world as they dominated the charts. With an album in ‘21, Hanson have released Red Green Blue, composed of the three brothers solo projects each with a distinct voice that tells stories as honest and poetic as they ever have.

To hear and see just how far they have come, make sure to check out the band while they are on their world tour. This is the only show in Florida and has the ability to sell out as the concert gets closer!