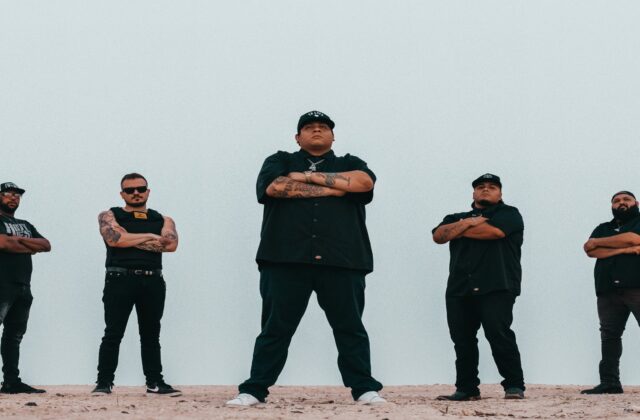 Get ready, because “WJRR’s Holiday Hangout” is just around the corner! Presented by Nütrl Vodka Soda, this holiday season, get ready to rock out with the bands Giovannie & The Hired Guns and 10 Years, with opening support coming from Classless Act! Only on December 7th, 2022 at the House of Blues of Orlando can you see this act of the ages to ring in the Christmas season! GET TICKETS HERE! Formed in Stephenville, Texas, frontman Giovannie Yanez was working the counter of a pawnshop when he first started rehearsing with the band. Rounding out the rest of the members with drummer Milton Toles, guitarists Jerrod Flusche and Carlos Villa, and bassist Alex Trejo, Giovannie & The Hired Guns have released 3 full studio albums. Their newest release, Tejano Punk Boyz, perfectly encapsulates their overall sound. “We’re all from different walks of life, and we all have our own unique style that we add to the band,” says Yanez. “No one’s ever telling anyone else how or what to play; we just show up and jam out and it all comes together so naturally—nothing is ever forced with us.” Their many musical backgrounds blend together beautifully with elements of Southern metal, blues style country, and even Latin hip-hop. Not only do they boast a loud, head banging sound, a deeper listen will find their emotional, raw, and even heart wrenching lyrics surrounding themes of love, loss, and mental health.

Formed in Knoxville, Tennessee in 1999, 10 Years consists of lead vocalist Jesse Hasek, lead guitarist Brian Vodinh, rhythm guitarist Matt Wantland, bassist Chad Grennor, and drummer Luke Narey. To date, they have released ten studio albums, their most recent being 2022’s Descontructed. In their two decades of being a band, they are no strangers to the Billboard charts. The 2005 gold-selling album The Autumn Effect spawned their number one song to this day “Wasteland” which has over 97 MILLION streams on Spotify. But it doesn’t end there, they also have landed 3 Top 30 entries on the Billboard Top 200 with their albums Division in 2008, Feeding The Wolves in 2010, and Minus The Machine in 2012. 2017’s album How To Live got all the way to the Top 5 of the US Top Hard Rock Albums chart. The band has also toured with the likes of Korn, Deftones, Chris Cornell, and Linkin Park!

Kick off the Christmas season right with “WJRR’s Holiday Hangout,” brought to us by the one and only Nütrl Vodka Soda, for one kick-ass night of holiday cheer. Only on December 7th at the House of Blues in Orlando!