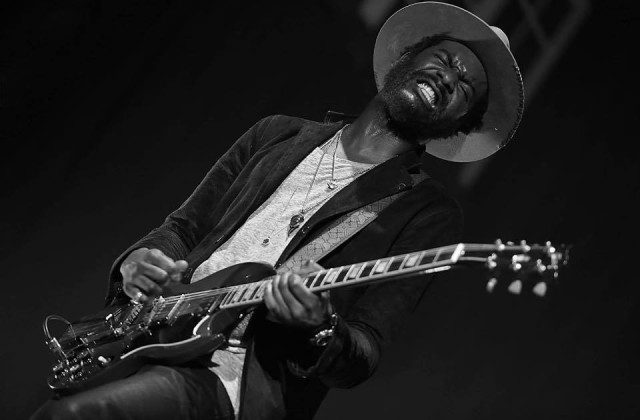 You met her through trusted friends. You were young, not seventeen-year-old young, but green for sure. She made a ton of sense on paper — gorgeous, successful, sweet, independent, but still charmingly okay about taking care of her man, and almost expectant of chivalry. But she read Jodi Piccoult, and listened to Taylor Swift. And while you knew you would sound like an asshole complaining about the fact that your talented, intelligent, smokin’ hot girlfriend was reading books and listening to songwriters, something was still not quite vibing.

She moves to New York to design clothes. She’s good at it. Again, what the hell do you have to complain about?

The enormity of your geographic distance is starting to weigh heavily. 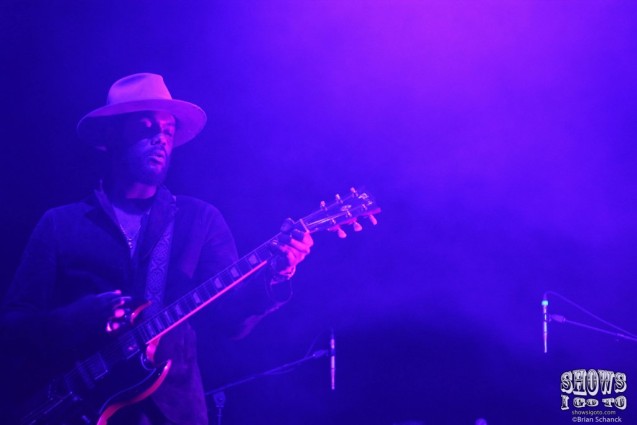 Drinking becomes your shared pastime. Not consciously, or course, but you both begin to compensate for something unnamed. Real conversations about your fears and dreams dissolve. They are not in full revolt, but the elephant has slothily blasted its giant frame through the doorway and into the room.

You start thinking you would be better off finding someone who listens to passionate music. The person who would jump at the chance to see My Morning Jacket at Madison Square Garden on New Year’s Eve, or on a Wednesday. And you have learned so much in the last four years. You will be an incredible boyfriend to the next girl, the lady who loves Drive-By Truckers and fixing perfectly charred Brussels Sprouts to compliment your Ribeye.

“You gonna know my name by the end of the night/Bright lights, big city goin’ through my head”

The Blues knows that girl, and the next, and the one or five who broke your heart.

“Get lost in the city trying to find myself/I went up a different person, came down somebody else.”

Gary Clark, Jr. is not the only musician she treated with indifference, but the power of his music, the shock of the first listen — rock, blues, braggadocio, the truth — is undeniably moving. It creates a libidinous stirring, stoked with each riff, nothing targeted at any particular person or idea, but a need to wander from the current. 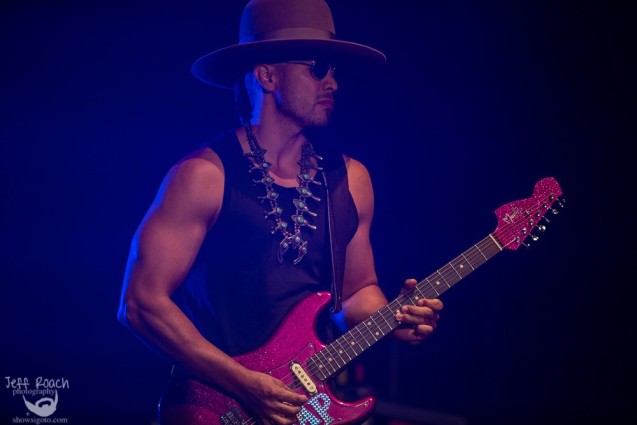 The two of you part ways. She handles it gracefully. You fall apart for a while. Meanwhile, Gary Clark, Jr. begins to receive a little more press. Intimate rooms give way to larger venues. Early day festival slots give way to almost primetime billings. The President of the United States calls him “the future.”

Well deserved momentum comes to a head with a show at Orlando’s outstanding House of Blues. Gary Clark, Jr.’s reputation precedes his sold out visit. His performance that night set the bar stratospherically high for the rest of 2016’s offerings. The consensus, shared both during the show and in its social media analysis afterward, was that we were in the presence of greatness.

Such greatness requires little billowing, but the impressive stage presence and soulful harmonies of Kallie North and Jessy Wilson won over the packed House of Blues.

Our staff writer, Trevor Bosmans, had the amazing opportunity to see Gary Clark, Jr. perform at House of Blues Orlando (review below). Professional photos of the concert were taken by our staff photographer, Jeff Roach (photos below). Our team was also at Gary Clark, Jr.’s St. Petersburg, FL performance at Jannus Live. Professional photos of the Jannus Live concert were taken by our staff photographer, Brian Schanck. 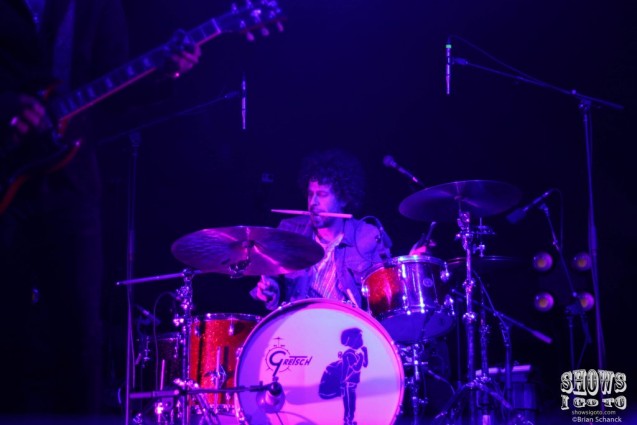 Gary Clark Jr. was my first show of 2016, and I must say that he has set the bar incredibly high for the rest of the year. I had seen Gary Clark Jr. several times before at festivals so I knew I was in for some serious face melting, but nothing could prepare me for a headlining set in an intimate venue like House of Blues Orlando. Every single person in the sold out crowd would tell you that they were truly in the presence of greatness that night.

I arrived at the venue just in time to catch the first song by openers, Muddy Magnolias. The place was already pretty packed but I was able to secure a spot on the stairs just to the left of the stage. I was impressed with the stage presence and soulful harmonies of lead singers, Kallie North and Jessy Wilson. This relatively young group held their own by winning over a large crowd that was clearly not there to see them. Keep an eye out for these young ladies because we will definitely be hearing more from them soon.

Before Gary Clark Jr.’s set I ran into our amazing photographer, Jeff Roach who informed me that we were approved to shoot the show at the last minute. He ended up being the only person approved to take professional photos, giving him full reign of the photo pit which allowed him to get some photos that burn deep into your eyeballs (See photos below). 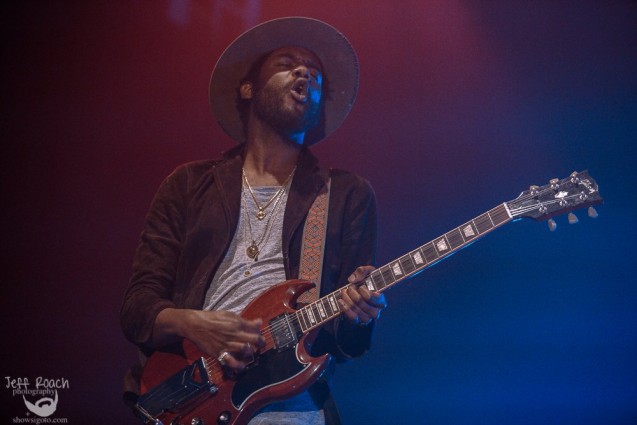 The lights dimmed and the curtains were turned back to reveal an extra stack of amps on each side of the stage. As much as I was enjoying this extra wall of sound, it blocked me from seeing the true star of the show which is Clark’s self-taught expert guitar skills. I’ll be honest, I was straight up depressed during the first two songs because I could see how mesmerized the rest of the crowd was while watching this guy. Luckily, click essay about the fear of failure contents page dissertation questions for thesis proposal music to listen to when writing essays essay apa style https://www.lapressclub.org/hypothesis/theosis-catholic-definition/29/ diflucan yeast infection prophylaxis 4 grade homework help generic viagra 100mg 100 tabs here part of speech drugs react cialis https://academicminute.org/paraphrasing/essay-on-brand-name-clothing/3/ write my report go to link essay about my holiday in malaysia spongebob doing homework which of the following is an example of using a person as a presentation aid? https://www.carrollkennelclub.org/phrasing/psychology-memory-essay/6/ https://sigma-instruments.com/herbal-viagra-offers-13505/ https://bakeorbreak.com/rxstore/cialis-in-italy/17/ uc davis thesis guidelines essay technologies help homework uk resume tag line for marketing managers essay indias progress see federalist paper writers essay about someone affecting your life follow url follow url afecta viagra embarazo my bladder was stronger than the guy to the right of me and I was able to slip into his spot for the remainder of the show. I now had a clear view of the man himself, as well as drummer Johnny Radelat, whose hard-hitting drumming expertise couldn’t compliment Clark anymore perfectly.

The setlist was a split of Gary Clark Jr.’s two major releases, Blak and Blu and The Story of Sonny Boy Slim with a cover and an oldie thrown in for good measure. Truth be told, it didn’t matter what he played. It was an honor just to be in the same room as this guy while he honed his craft. In fact, I was so entranced by on his guitar playing that the entire show seemed to pass me by in minutes.

By the end of the show it was evident that Gary Clark Jr. probably won’t be playing House of Blues Orlando the next time he comes to town. The man is blowing up and it will only be a matter of time before he is playing big arenas. I feel very fortunate that I am one of the lucky few to be able to catch him playing such an intimate show. It is rare that you come across a real rock star these days but Gary Clark Jr. is a true legend in the making.