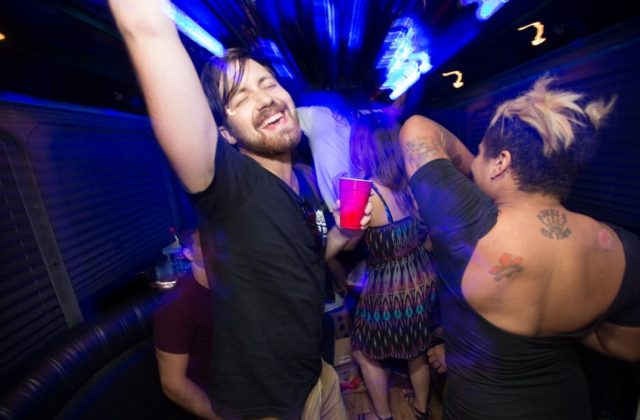 Today, March 28, 2018, marks my third anniversary with Shows I Go To. Man, it’s been a crazy ride, hasn’t it? All day, I’ve been thinking back on the years I’ve been with this company, and I’m blown away with some of these memories, even though many are hazy or otherwise impaired. Even still, I would never take back a single one, even the shitty ones. They’ve helped form me into the person I am today, and give me a foundation upon which I plan to continue to build my life going forward. What does this have to do with Sorority Noise, you ask? Don’t worry, I plan to get there, even if it’s not the way I have planned in my head right now. 😉 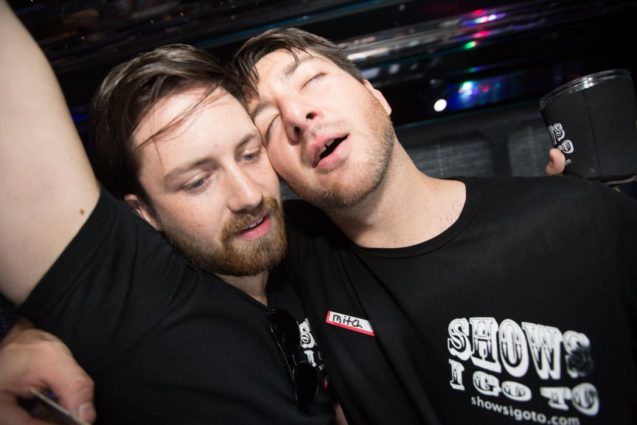 I still remember the first time I ever met Mitch. I had just moved to Orlando, and I was three to four days removed from fracturing my shoulder. I had won tickets for a sold out Phantogram show at The Beacham for my friends through Shows I Go To (I had already bought mine) and I remember the look of surprise on Mitch’s face when I walked up to Gringo’s Locos and (I assume) he realized that this crazy crippled guy was dead set on going to this packed out show. So we shot the shit for a few minutes while the other contest winners came and went, and he invited me over to Lizzy’s to grab a drink before the show, and it was over those drinks, and many more shows that we ran into each other at, that we bonded. Later on, I began to meet the early crew of Shows I Go To: Trevor, Martin, Lindsay, Dainon, and Jeff, and finally, after I quit my shitty cook job at Graffiti Junktion, I decided to make a leap, and after a drunken night of seeing Blues Traveler, The Atari’s, and both Spiritual Rez and Pato Banton, Mitch and I, as usual, ended up at Lizzy’s. 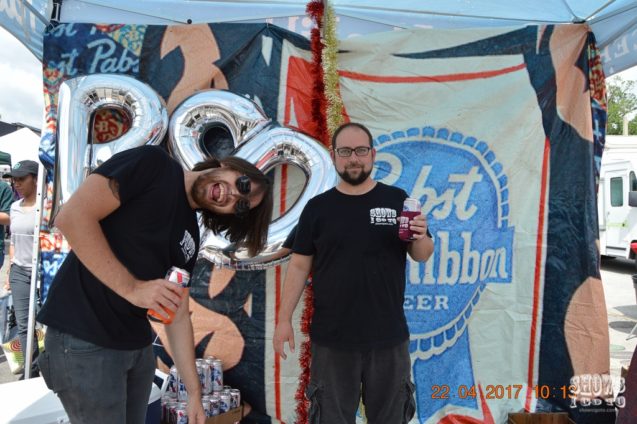 I gained the courage and broached the idea of me joining their team. I knew I wasn’t a prolific writer. Hell, I don’t even think I’m that competent of a writer, and I didn’t own a camera, so I would be useless as a photographer. I just knew that this was a group of people with a similar passion as me, and I wanted to be a part of it. Thankfully, he said yes, and the next day, I showed up to his little house/garage and we, both dealing with decent hangovers, got to work. 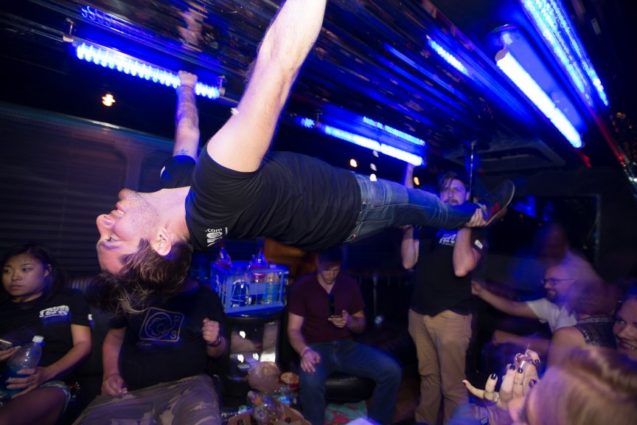 Garrett Always there to give me a hand

Throughout these years, I have had my ups and downs, dealing with school, money, relationships, and mental health issues, but no matter what was going on, my friends in Shows I Go To have always had my back, unless I was going to do something stupid, in which case they had the sense of mind to either let me go through with it and learn, or pull me back and knock some sense into me. For all these times, I am so appreciative to all of you, but I have to give a special shout out to my core: Mitch, Sarah, Trevor, Josh, and Megan. These people go above and beyond to help treat me like family and I hope to Glob I’m reciprocating, because otherwise, I definitely don’t deserve them. I know I can be flaky, tired, or generally quiet and withdrawn, but when I’m around you guys, it never fails to put a smile on my face, even if it’s on the inside, and without ya, I’d be those qualities 24/7. Instead, you all, and everyone in Shows I Go To, help me to shed that curmudgeonly shell and be the semi happy person I strive to be. Seriously, without this company, I’d have few friends in Orlando and beyond, and probably still be listless with my direction in life. Now, I have future goals to strive for, a support base to work with, and a constantly renewed passion for music and concerts that grows on the daily. 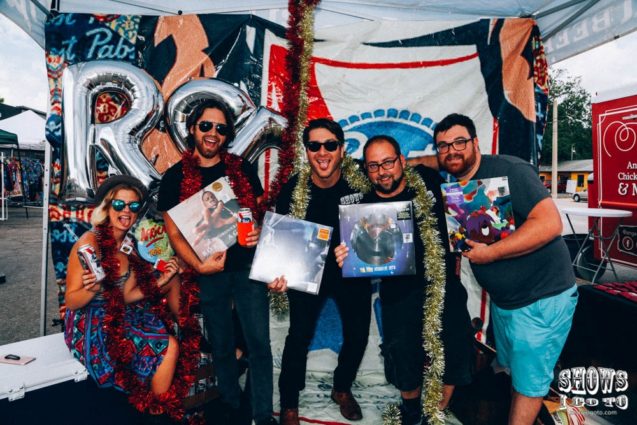 So what does all of this have to do with Sorority Noise? Well, for starters, I am about to go see them play at The Abbey in a few hours, and although I have been graced with being able to have seen them before, this show will be quite bittersweet. Cameron Boucher, the lead singer, announced at the beginning of March that the band would be going on hiatus, possibly for a long while. This came as a big blow to me, more so than some of the other bands I have seen on farewell tours, only because Sorority Noise, and Cam in general, have helped get me through some of my mentally toughest days with their music. The lyrics in their songs helped to subside the demons that constantly rage in my head, dealing with depressive and dark thoughts, relationship and trust issues, and the ravages of death that seems to be a constant in this crazy world of ours.

It was actually through Shows I Go To that I was introduced to Sorority Noise, albeit in a slightly roundabout way. I hadn’t yet started with them, but I noticed a giveaway on their Instagram for this band named Old Gray. I remembered my little brother telling me about them, and decided to enter. I must have been one of the only people entering, because I heard back from Mitch almost immediately. There were only 20ish people at Backbooth that night, but holy shit, were we treated to one of the most emotionally draining, intimate concerts I have ever been to. It was like this wild, screaming guitarist and his words struck a chord, a raw nerve, in me, and I was immediately hooked. I bought their album, An Autobiography, immediately after the show, and ended up talking to the lead singer, who introduced himself as Cam, and not to worry about when I got to see him again, because his other band would be coming back through in a few months. I was amazed at how humble, genuine, and sweet this guy was, especially after hearing him break himself down for the better part of an hour, and I think he knew he had made himself a fan for life. By the way, that other band, as you might have guessed, was Sorority Noise, and they did come back through, opening for what I want to say was Built To Spill, but honestly cannot remember. 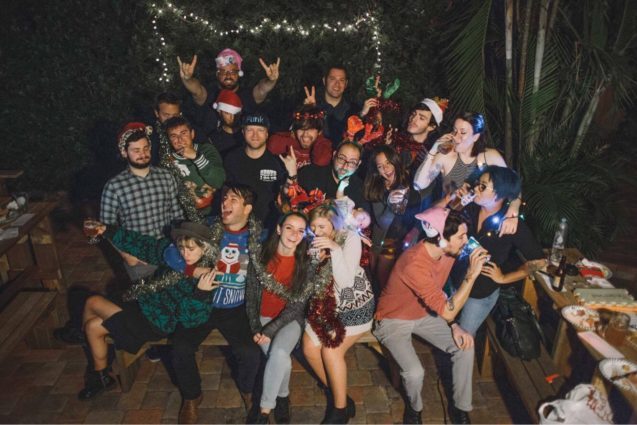 Garrett is in the middle in the red sweater

So what I wanted to say, in a long and rambling way, is that tonight is going to be both a night of celebration and remorse, but hopefully, as I said in the title, it won’t be goodbye, but “auf wiedersehen,” which I believe stands for “until I see you again.” And I sincerely hope I do get to see you again, Sorority Noise, because the world will be a little bit harder without you. This doesn’t mean I will ever forget the importance you have been on my life, but to everyone at Shows I Go To, just know you have made an even deeper and greater impact, and I appreciate the opportunity so much more for it. I rejoice making it three years with anything, because I have never known that kind of commitment in any other relationship I’ve ever had.

Cheers, and as always, I fucking love you all! 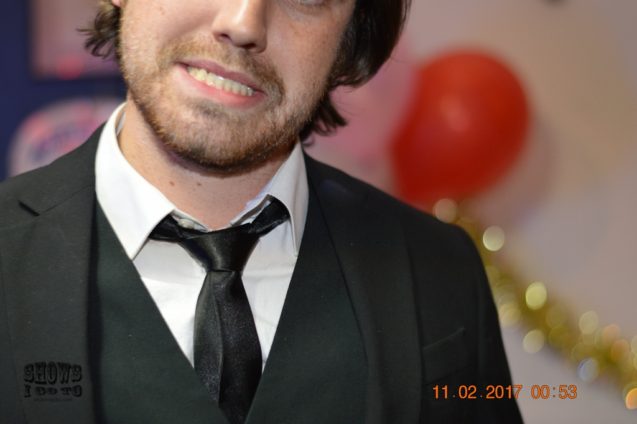