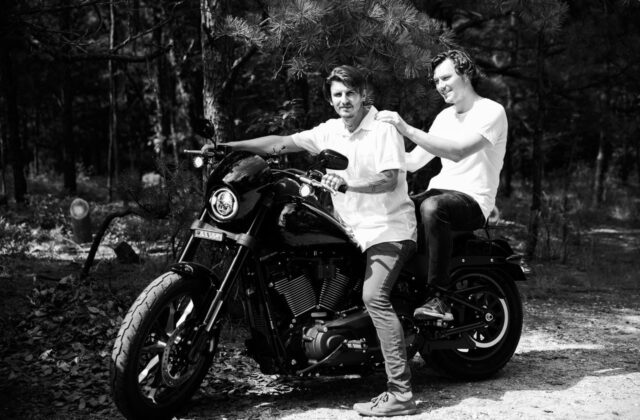 The Front Bottoms are performing at Hard Rock Live Orlando on Wednesday, September 22, 2021! Get Tickets Here.

Amanda Laferriere, SIGT: First of all, How have you guys been doing?

SIGT: That’s good to hear! Obviously things are rough right now. What has working on new music during all of this looked like for you guys?

TFB: Fortunately, It’s been pretty consistent in terms of jamming at least, being able to get together and play music. In terms of creating new music, inspiration has been a bit tough the past year-and-a-half or so. Trying to stay positive and continue to play music without forcing anything. We made that new album [In Sickness & In Flames] and released that during the pandemic and that was kind of a very artistic push.

SIGT: Right, so that album came out around the beginning of the pandemic and you weren’t able to do a typical tour. How was shifting to drive-in shows and live-streams instead of playing regular venues?

TFB: It was crazy. I found myself saying that I feel so lucky that I’m able to do it at all, but it still wasn’t what I was meant to do. One specific thing was when we were playing the drive-in show and you’re kind of in your own little world—you can’t hear the audience. You know we’d have people honk their horns and it was cool—it was definitely a new experience, still very exciting, still very cool. We just recently played a Lollapalooza pre-show and it was cool to get back into how it used to be.

SIGT: Oh, I’m sure! You guys have always had a very distinct sound. How did you settle into that when you first started making music?

TFB: Life just kind of let it happen naturally. The artistic process is kind of just something you’ve got to practice and if you want to get better at it you just have to work at it every day. And I’m not saying I did that, but I just kind of didn’t let the music be my entire life. I allowed myself to have other experiences and I was able to use the band and music as more of an anchor and always go back to it.

SIGT: So I know your music comes from life experience, but if you had to put a genre on it, how would you describe it?

TFB: I would say modern pop. I feel like it’s something familiar like pop, but at the same time not really pop.

SIGT: Are there any other bands/artists in the genre that you think are contributing significant substance to the scene?

TFB: You know I basically listen to a lot of pop music like on the radio. So it would feel kind of ridiculous to be like Ariana Grande, Dua Lipa, Charli XCX because I mean that’s not really what we’re doing, I just kind of look up to them and that songwriter style.

SIGT: Yeah, no that’s awesome! Are there any bands that you would’ve considered to be influential to your sound now or when you started?

TFB: Yeah, definitely Bright Eyes in the very beginning, you know singer/songwriter style. There was also very popular stuff like Blink-182. I feel like that’s actually how it happened, like trying to achieve something very familiar that was this pop thing, but have kind of a more unique voice or a weird vocal delivery of the lyrics and that’s just where it settled. You could make versions of either one of those things like the music could be a bit different or the vocal delivery could be a bit different, but if it was me, Mat, and the band then it will always sound like The Front Bottoms. We just kind of got lucky I guess.

SIGT: Like I said earlier, you guys have always had a very distinct sound so I really think you nailed it with putting your own unique spin on familiar things. How are you guys feeling about getting back into shows and touring without being completely out of the woods when it comes to COVID?

TFB: It’s definitely something that I think about and the band thinks about and we’re going to try and put our own mandates on for shows like, you have to be vaccinated or have a negative test. We had to take on the responsibility when we’re trying to get 1000 people in a room together. There are ways that people can come together and still be safe. You know we played Lollapalooza a couple weeks ago and we were all kind of holding our breath to see what happened and it worked out so it’s like alright—if we’re smart about it, this can work. Our audience is usually 1500-2000 people so I mean if we were playing stadiums, it’d be different. Our size audience feels appropriate and I mean people need it—I need it.

SIGT: Can definitely relate to that! You guys just released a new album a couple months ago, but can we expect to hear any other new songs on this tour or things you guys or working on?

TFB: Yeah, I mean we like to keep it fresh. If we get into the studio and we come up with a good jam or something we’ll be like alright let’s try and put this out. But who knows, we’ll see what happens on this tour.

Catch The Front Bottoms on tour through the end of October 2021 (dates below).