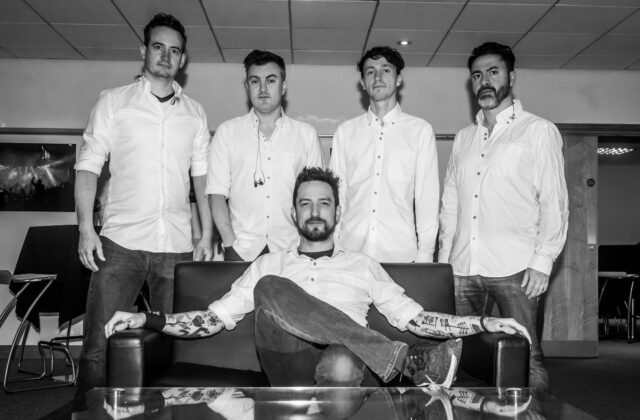 Holy sh!t Orlando! Stop whatever you’re doing and get real excited! Frank Turner & The Sleeping Souls are on their way to the House of Blues June 20th! This everyman punk rocker and his epic backing band are coming over from the UK and bringing punk legends The Bouncing Souls (!) and The Bronx, as well as fellow Brits, PET NEEDS. Win tickets here through Shows I Go To or buy them soon! You really don’t want to miss out on this (TICKETS HERE). Frank began performing as a solo act following the break up of his previous band, Million Dead, in 2005. After some tours and a couple EP’s, he released his first album, Sleep Is For The Week in 2007, and has since released 8 other albums, including some of my favorites, 2008’s Love Ire & Song, ‘11’s England Keep My Bones, and ‘15’s Positive Songs for Negative People. He constantly tours (he has played over 2500 live shows), and has written two books as well.

Frank Turner has a very special place in my heart. I’ve only had the chance to see him once, opening for another band (that I honestly cannot remember), but I DO remember how he blew me away, with an ability to connect to the audience that I’ve only ever experienced from other artists a handful of times. He always seemed like he wanted to either bring the entire audience up onto the stage with him, or spend the entire show in the crowd, allowing everyone to experience him and his amazing music. His music speaks beyond the “punk” and “folk” labels that are applied to him, as these songs are truly for the people. His then-new 2013 album, Tape Deck Heart, was one of a few records that I kept on repeat as I got through one of the biggest heartbreaks of my entire life, his live-streams were some of the best of the 2020 pandemics, and his tireless work to help promote and keep around independent live venues instantly proves that he is one of the biggest heroes in all of musicdom.

Here’s a sample of one of his live streams to help support the venue Molotow in Hamburg, DE:

And the only way you’ll ever get me to say this phrase:

And probably my favorite song of his, live, so you can get a taste of the real live experience:

I don’t know why you are still reading this! Get signed up to win tickets for the show! And if you win, make sure you buy tickets for your friends as well! This is one show for each and every one of us 🙂 He’ll have you all singing and dancing along, with the world’s biggest grin on your face from absolute bliss of the moment. See you at the show! GET TICKETS HERE!

We’ve teamed up with No Clubs & Live Nation FL to give you a chance to WIN (2) GA TICKETS to FRANK TURNER & THE SLEEPING SOULS at House Of Blues in Orlando, FL on June 26!