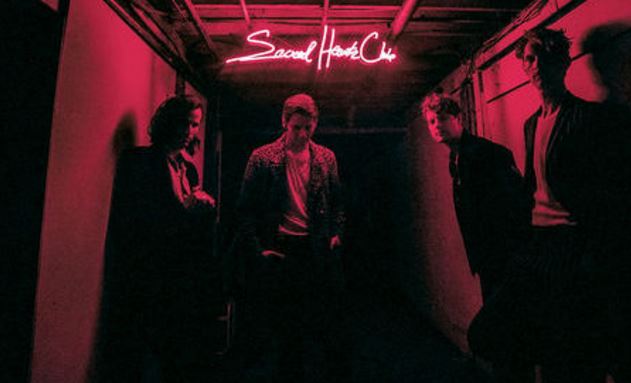 THREE PAIRS OF TICKETS and a crazy night of music lie ahead for SIX LUCKY FANS of this Grammy-nominated band.

Foster the People comes to The Ritz Ybor in Tampa THIS THURSDAY, SEPTEMBER 28, as part of a 21-stop national and international tour.

Enter below for your chance to win! Thank you, No Clubs! Promoting their 3rd studio album, Sacred Hearts Club, the LA based Indie-Pop group is taking an optimistic and positive approach to their music.  “With this new album, the emotion is celebratory and has a sweetness to it,” says Mark Foster. “The music comes from my heart, which is inherently optimistic.” The album features new hits: “Sit next to me,” “Pay the Man” and “Doing it for the Money.”

Don’t let all the other kids have fun with their pumped up kicks! You better run, better run to sign up for this ticket giveaway!

Want to WIN 2 TICKETS to Foster the People at The Ritz Ybor in Tampa, FL on Thursday, September 28, 2017?! There are several ways to enter!*

Break out your pumped up kicks and enter to WIN TICKETS to see Foster The People at The RITZ Ybor in Tampa THIS THURSDAY September 28th!Thank you No Clubs! 🤩