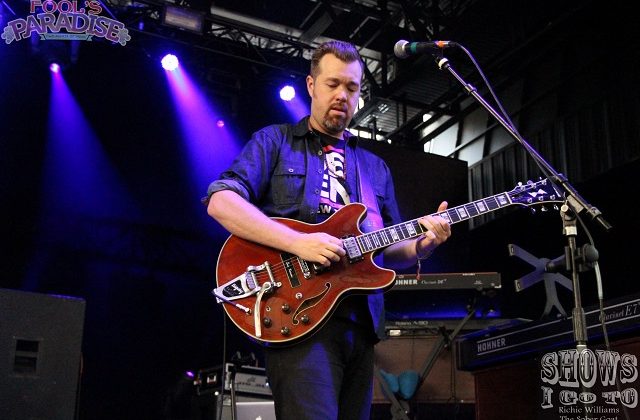 For two days, a few thousand fool’s got together and danced to some of the funkiest, electronic jammers in the scene at a party thrown by some of the coolest organizers in the biz in one of the oldest cities in the country. The party was the inaugural Fool’s Paradise, a two-day event on April Fool’s Day weekend at the St. Augustine Amphitheater in the beautiful St. Augustine, Florida. The organizers and hosts were the wonderful Paul Levine of Purple Hat Productions and Kunj Shah of Live For Live Music. Thrown in conjunction with the organizers of some of the area’s jammiest festivals including Suwannee Hulaween, Bear Creek, and AURA, funk masters Lettuce were also involved in putting on the fest and were the featured jammers both nights. Along with sporadic collaborations, late night shows, food trucks, artist excursions, and gorgeous weather, friendly faces of ragers old and new gathered for an awesome weekend of music and nonstop laughs. It was an unbelievable experience that exceeded expectations, leaving you wanting more but appreciating how awesome a two-day festival in the city can be. The fest definitely gave off vibrant tastes that were reminiscent of the lovely New Orleans and its unparalleled music scene.

My day started around noon on Friday with a drive from Orlando to St. Augustine. After grabbing a bite to eat at The Conch House (great shrimp tacos), it was time to check into our beachfront house for the weekend. It was a short drive from the venue and had the sweetest view of the beach. It was the perfect setting for a carefree weekend. Many other show goers camped right near the beach (boyyy-ee!!!) in Anastasia State Park, which would have been fun but there were limited spots that went quick. After me and my crew settled in on the deck with a few drinks staring at the ocean and taking it all in, we called an Uber and it was on the way to show we go.

Before the music started on the almost 4,000 seat amphitheater main stage, the featured Florida local bands were in the lot to warm the crowd up as they arrived from their campsites or parked their cars and tailgated. Starting at 2pm, the Shipwreck Stage welcomed Morning Fatty and Love Chunk. Unfortunately, I was busy still starting my day eating tacos, checking into the beach house, and enjoying beachside brews. The main stage music started 4 PM and I made it to the venue after funk DJ Marvel Years was already done with his set, Goldfish had just started. The DJ duo from Cape Town, South Africa got the place jumping with mashups of electronica, down-tempo, funk, hip-hop and jazz. Not only DJs, these guys wailed on instruments including a miniature sax, flute, and upright bass. The band and event crew threw out cardboard goldfish to the crowd which provided great crowd visuals from the seats. 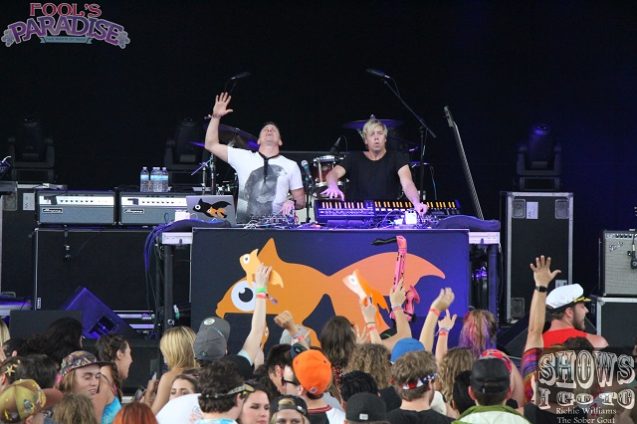 Lettuce was up next. They “crushed” it. Featuring Adam (Shmeeans) Smirnoff on guitar, Adam Deitch on drums, Erick (Jesus) Coomes on bass, Ryan Zoidis — on alto, tenor, and bari sax — Eric Krasno on guitar, Neal Evans on organ/keys and Eric Bloom on trumpet. Nigel Hall naturally showed up for a few tunes. The played a few songs from their latest release Crush which came out last year including one of my favorite tracks “Get Greasy.” Heads were banging and booties were shaking during the entire set. 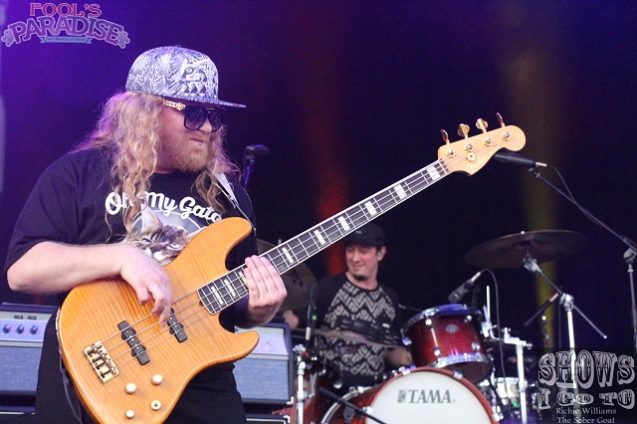 Check out these two clips from Lettuce’s set, thanks to The Sober Goat!

Griz followed with an electrifying set that featured groovy soul singer Ida Hawk on vocals for several tracks. Her lovely voice, along with her sweet dance moves, helped get the crowd moving. Eric Krasno of Lettuce even sat in for a bit. The last song of Griz’s set displayed Muzzy Bearr on vocals before bringing Lettuce back out for a first-time collaboration that would last a good half hour. It was a whole another level of extraordinary. You could tell they were having the time of their life on stage. My favorite was the last song, “The Anthem,” the first track on Griz’s latest album Say It Loud. 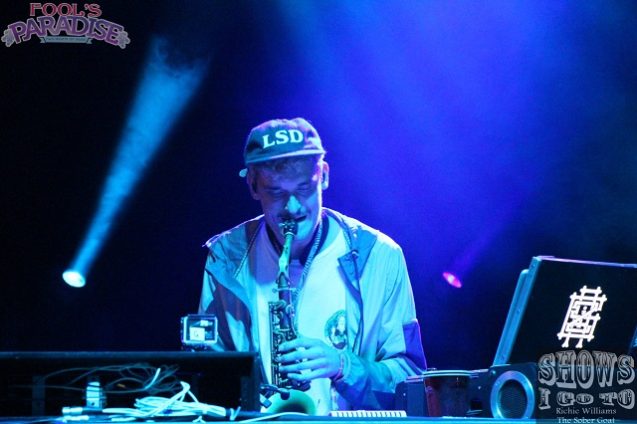 Watch the last half hour of Griz’s set and the half hour collab, thanks to The Sober Goat!

The late night shows took place across the parking lot nextdoor at the Elk’s Lodge. Friday night featured Vulfpeck and Break Science. This was my first time seeing Vulfpeck and I was excited to get inside. Turns out, everyone was excited to get inside. It took some waiting, and waiting, but eventually I made it. Kudos to the event staff for working hard with the eager crowd. It was surreal witnessing Vulfpeck for the first time while flapping my arms to “Funky Duck” and having a staring contest with the mounted deer head on the wall. Corey Henry of Snarky Puppy showed up and members of Lettuce including Eric Krasno also sat in. It was so good. Unfortunately, I did not stay for Break Science as it was time for my crew to uproot and head back to our humble abode for the night. Pizza and wings were ordered from our Uber on our way back. A moonlit beach housed me for the last hours of the early morning. 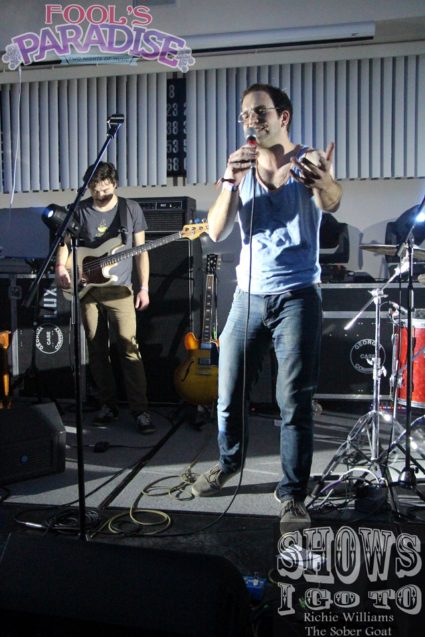 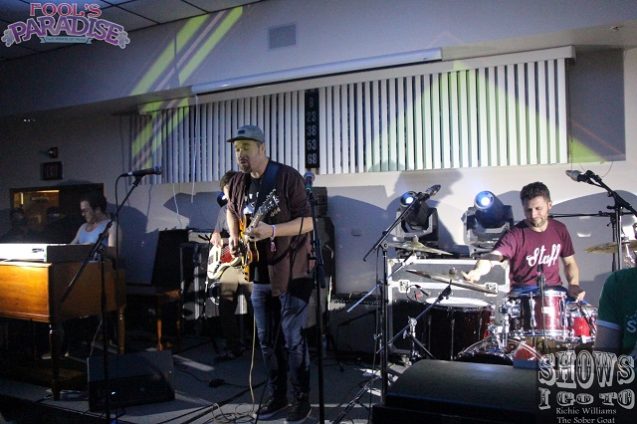 Saturday’s lot shows on the Shipwreck Stage featured Orlando funk rockers The Groove Orient. Being from Orlando, these guys are one of my favorite local bands, so you’d think I would have made it to the venue for their 1:30 set. Then again, if you know me, I was probably up late and having a slow morning (early afternoon) and enjoying beach life before heading to the show. I also missed Herd of Watts but these guys also shred. Both played at last year’s Suwannee Hulaween festival. The amphitheater shows began at 4:30 with Brass Tracks, another featured DJ duo with live instruments. I arrived after their set so I hope they come around again soon. The Nth Power was on stage when I entered the venue. I’ve seen them a few times at Bear Creek and Purple Hatter’s Ball, and they always play with massive vitality. They sounded so powerful as I walked in and the crowd was certainly loving it. Here’s a pic of Nikki just chillin on her drums. 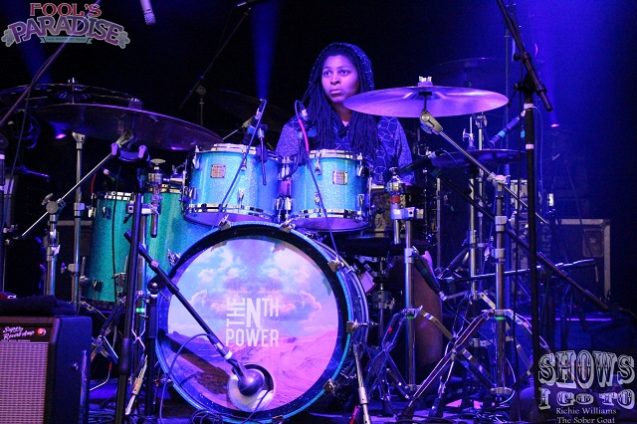 Vulfpeck was up next. There was an onstage wedding of two fans before the show that filled the air with love. It was band leader Theo Katzman’s 30th birthday Saturday, so he wanted to get all digital and social by sending a selfie video to his mom with the crowd saying “Thank You, Judy” — because she’s the real reason he’s here after all, right? Vulfpeck’s set was phenomenal. Special guests included Antwaun Stanley and artist at large Cory Henry (Snarky Puppy), both appear on several Vulfpeck songs. I got to hear “Funky Duck” two days in a row which was a win. At times, a band member would run around on stage. I was confused at the moment, but later found out that they were doing that because they messed up a note or beat or something. I also felt like a small joke of their show seemed to be that it was not a Vulfpeck performance, but a corporate sponsored wedding band as Theo was sporting American Airlines gear and there was other apparel and brands mentioned. 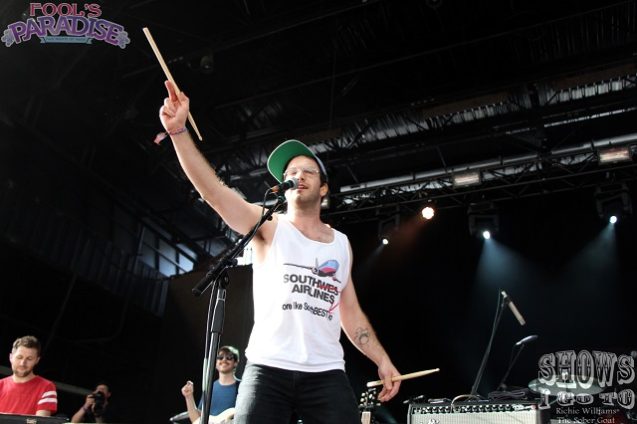 Watch Vulfpeck’s set below, thanks to The Sober Goat!

Following that epic Vulfpeck set, the time had come for the featured Saturday set, Chris Robinson’s Soul Revue. I first saw Chris Robinson when he did the Soul Revue at Bear Creek Music Festival 2014 which featured him and Lettuce collaborating together. This time, the stacked lineup included: George Porter Jr. (The Meters), Ivan Neville (Dumpstaphunk), Nikki Glaspie (The Nth Power), Eric Krasno (Lettuce/Soulive), Neal Casal (Chris Robinson Brotherhood), and The Shady Horns (Lettuce/Soulive). The set included a variety of popular covers by Grateful Dead, Joe Cocker, Allen Toussaint, Black Crowes, Steppenwolf, The Box Tops, and Otis Redding. My favorites were “Sneaking Sally Through the Alley” and “Magic Carpet Ride.” The power went out halfway through the set, but Nikki Glasspie in natural form took the opportunity to solo on drums and keep the beat alive and bodies movin’. The crowd showed lots of passionate love during this magical set. 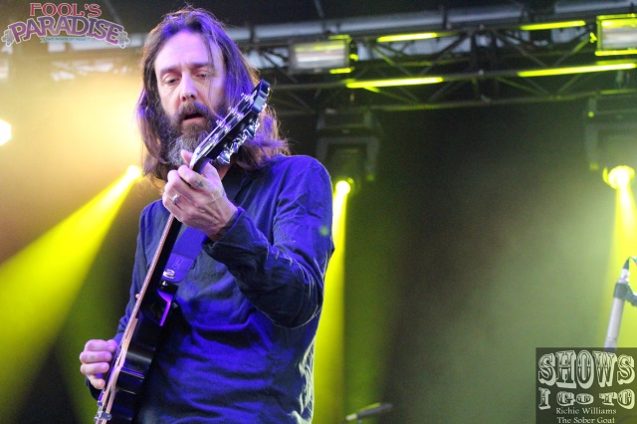 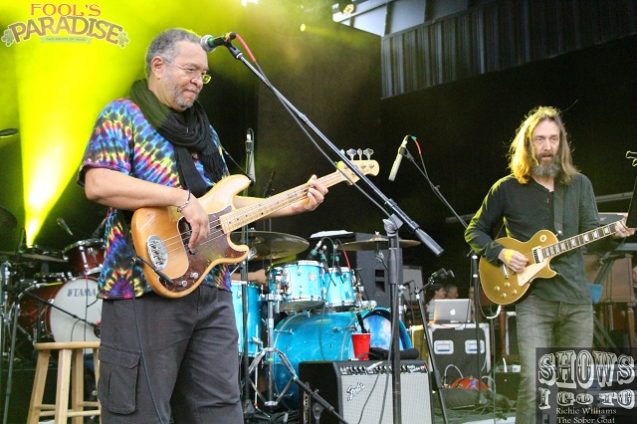 Watch the full set of Chris Robinson’s Soul Revue below, thanks to The Sober Goat!

Bittersweetly, the last set of the fest had arrived and was an hour and forty-five minute shellacking from Lettuce. They brought it hard, starting the set with a nice easy jam called “Egyptian Secrets” into the banger “Madison Square.” The middle of the set included one of my personal favorites, “Relax,” and the set ended with “Move on Up.” Watch the full set here, thanks to The Sober Goat.

Saturday’s late night shows at The Elk’s Lodge included Goldfish and Fools of Funk Supergroup, but it was sold out and my fun had done been had. The Fools For Funk Supergroup featured Lettuce and Break Science drummer Adam Deitch, Snarky Puppy’s Cory Henry, Lettuce guitarist Adam Smirnoff, The Shady Horns, and New Orleans’ own Nigel Hall and Weedie Braimah. My buddy Christian Ryan from Orlando’s own Leisure Chief even sat in. I’m sure it was funktastic.

There’s definitely no foolin’; this first-year festival was pure paradise. How could it not be? It was only put on by experienced veterans with lots of love for the music scene. Fool’s Paradise was well organized and I can’t wait to see what’s in store for 2017.