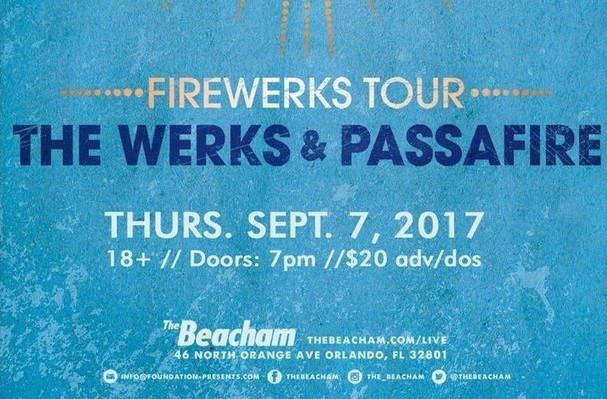 Up and coming psychedelic dance jam funk rockers The Werks are making their way to Orlando (for the first time I think?) with special guest and established progressive reggae rock juggernauts Passafire (no stranger to Orlando). Check out this mashup of a lineup colliding the jam and reggae scenes when the FIREWERKS TOUR comes to Florida for three dates: The Beacham in Orlando on Thursday, September 7th (second show of the tour), then Friday, September 8th at Jannus Live in St. Pete, and lastly on Saturday, September 9th at Mavericks Live in Jacksonville. I, The Sober Goat, will be at the Orlando and St. Pete shows. 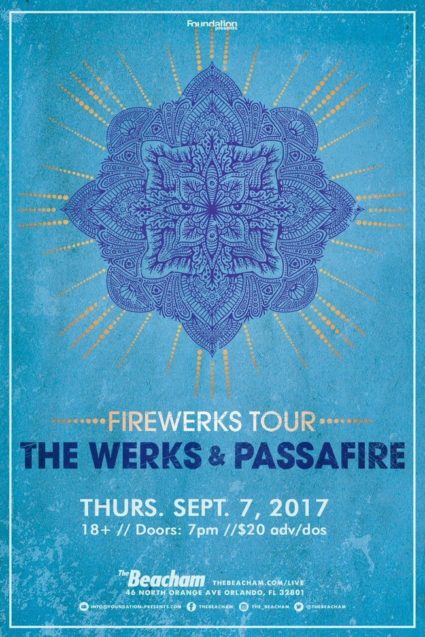 The Werks are Rob Chafin (Drums, Vocals, Samples), Chris Houser (Guitar, Vocals), Jake Goldberg (Bass, Vocals), and Dan Shaw (Keyboards, Vocals). Rob and Chris are original members. Dan took over keys in 2014, and Jake joined in 2016 on bass. They hail from Columbus, Ohio and get down with extensive improvisation and incredible exploration into multiple genres. They are hosting their annual festival The Werk Out this weekend in Thornville, Ohio. Acts on the fest lineup this year include three nights of The Werks plus Gramatik, The Floozies, Emancipator, Twiddle, Dopapod, Dumpstaphunk, Zoogma, and many more.

On their forth LP album, Magic (released March 17, 2017), The Werks outdo themselves and up the ante with a diversified album that stays true to their roots while never going off the rails. Passionate songwriting and captivating grooves are prevalent on this album, highlighting their evolution as a multidimensional group. READ MY ALBUM REVIEW HERE! 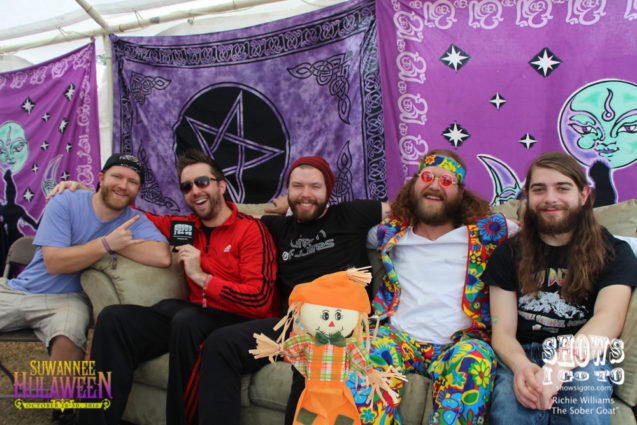 Me and The Werks at Suwannee Hulaween 2016

CLICK HERE TO CHECK OUT MY INTERVIEW WITH THE WERKS AT SUWANNEE HULAWEEN 2016!

Passafire is Ted Bowne (Guitar/Lead Vox), Will Kubley (Bass/Vox), Mike DeGuzman (Keys), and Nick Kubley (Drums). They hail from hometown Savannah, GA and are on the Easy Star Records label. Passafire is currently on tour with 311 until The FireWerks Tour begins.

Passafire recently released their sixth full-length album, Longshot, on May 12, 2017. The album is a testament to inspiration, life experiences, following dreams, and the people, places, and journeys of it all, which Passafire has a lot to say about since becoming a band. 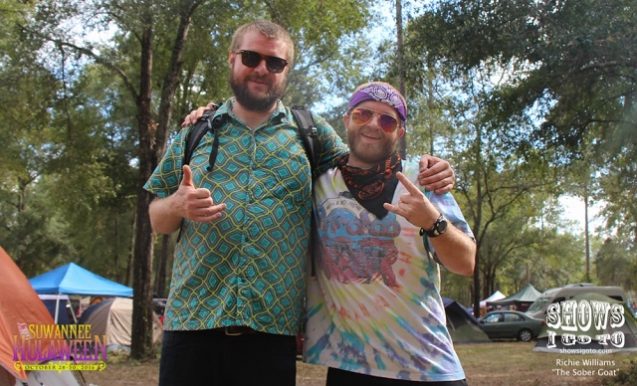 Me with Ted from Passafire at Suwannee Hulaween 2016

CLICK HERE TO CHECK OUT MY INTERVIEW WITH PASSAFIRE AT SUWANNEE HULAWEEN 2016!

The FireWerks Tour Preview by Richie Williams (The Sober Goat)