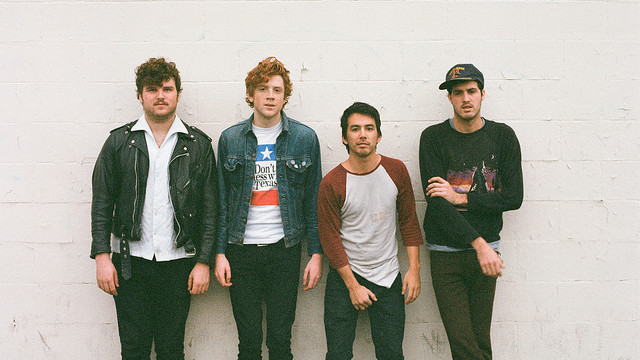 FIDLAR will be making a stop at The Social on Tuesday, May 12, 2015 and they will be bringing Metz along for the ride (Win tickets below).  FIDLAR started making music together in 2009.  They were known for their love of partying and song titles that sound like party supplies like “Cocaine”, “Cheap Beer”, “Chinese Weed” and “Four Loko”. They got their name from the skater saying, “Fuck It Dog, Life’s a Risk”. Check out FIDLAR playing “Cheap Beer” below.

Canadian band Metz will be opening up the show. After forming in 2008, the band released their first album on Sub Pop in 2012. The buzz around these guys have been huge. This past Tuesday, Metz released their second album entitled METZ II. Make sure you get to the show in time to check these guys out. Check out this video of Metz performing “Headache” from their first album.

Get Tickets to FIDLAR W/ Metz In Orlando HERE! (You can always give them to someone else if you win)