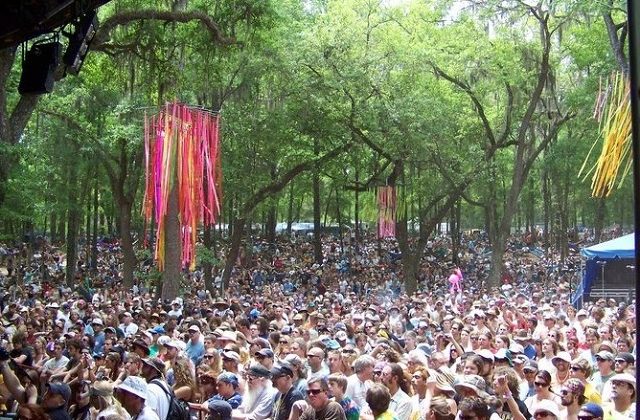 A Feast of Funk & Soul Food is a new event taking place at the Spirit of the Suwannee Music Park on November 18 & 19, 2016. It is a combination of funky music, delicious soul food, and Florida breweries, joining forces to raise money for local charities Love Inc., Hope Notes and Suwannee Spirit Kids Music Camp. It’s the prefect opportunity to come together with friends and family at an intimate Spirit of the Suwannee event, giving thanks and love the weekend before Thanksgiving. 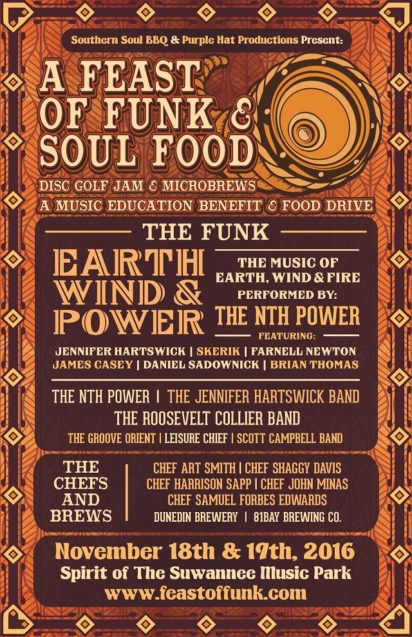 Alongside the incredible food and music, A Feast of Funk & Soul Food welcome two of Florida’s best breweries to the show – Dunedin Brewery and 81Bay Brewing Co.

During the weekend Patty and Wahoo Young will host a Disc Jam Golf Tournament. Prizes include tickets to Suwannee Hulaween and food tickets, among other things.

All GA tickets include music and camping for the weekend. VIP food packages and VIP food, cabin and golf cart packages are available at www.feastoffunk.com.