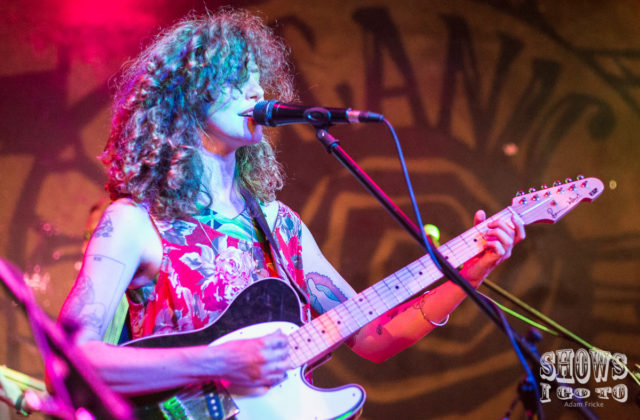 As I attempted to set foot in the Volcanic Theatre in Bend, Oregon, I was told that I wasn’t on the list. Living in a van, it’s tough to get press credentials on a moment’s notice such as this, especially in a foreign town. There must’ve been some sort of communication error and with no close connections across the country, my plans of seeing Esme Patterson perform were foiled. Until …

“Hold on, let me go get her,” the ticket taker said.

He returned a minute later with Esme. She gave me a quick look. I saw her lips say,

She flashed me a quick smile before I could say thank you, and returned outside to be with her friends as the opening band set the tone for the night. 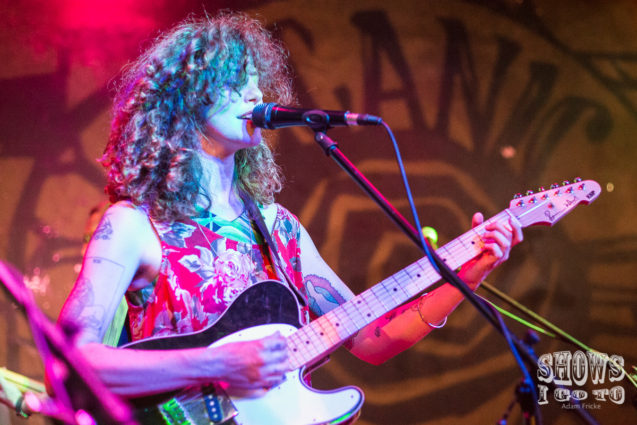 It was that little interaction with Ms. Patterson which set the tone for me. While some indie artists would have required a ticket, or at least an explanation as to why some random dude expected to walk in with a camera unexpectedly, she clearly wasn’t interested in that. Only a few bars into her first song of the night, “Find It,” it was clear that the only thing she’s worried about is showing everyone in the room a good time.

After a couple bouncy songs that pulled people off the Volcanic’s couches and onto the dance floor, Esme approached the microphone with her guitar to her side and addressed the crowd. The words she spoke caught me off guard. Not what she said, but how she said them. The soft words didn’t quite add up with the girl that was just strutting around the stage. With her guitar in hand, boots kicking the stage beneath her, she owns the room. But without music behind her, she is a soft-spoken, giggly girl that’s just excited to play her music to a room of people.

Her next handful of songs made me forget about the soft-spoken persona that I’d just seen and recognize the girl on her newest album cover. Esme is wild. She and her band got everyone in the room moving with the punkish “Feel Right” showing off her tonal range. It was also a great song to remind you that although she wears a sundress, she’s got a certain edge to her. Maybe it’s the tattoos down her arms.

Maybe it’s the occasional ‘motherfucker,’ she uttered in between lines as she danced and tossed her hair, but Esme is hard to fit in any genre or box.“ 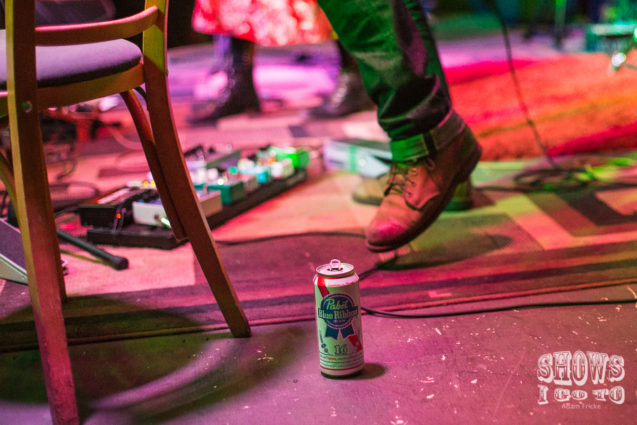 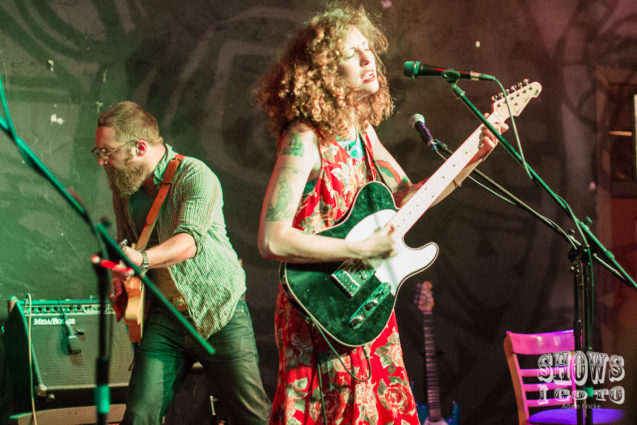 After a few fun songs with sexual innuendos, foot stomping, and plenty of curly-hair flipping, she switched it up with a few rootsy selections, surely inspired by her Oregon influence. Her guitar player had his way with a slide guitar solo and with a few faster paced songs; not a single soul remained motionless. Just as quietly as she introduced herself earlier on, she closed the night with a soulful, solo performance of “Yours and Mine” that left us lingering on her every word. She thanked the crowd once again and disappeared to the back of the room in that flowy, floral dress.