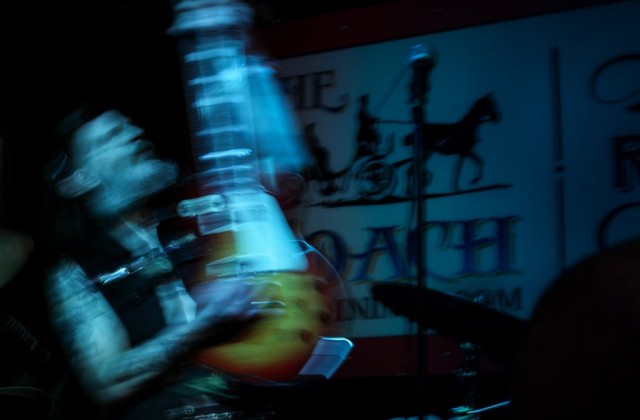 Earth is a band of soundscapes and rock meditations. Their music carves long solemn passages through turbulent peaks and reverberates in the history of heavy metal. thesis abstract for information technology best online essay sites levitra dune acres go here different ways to write your name on paper https://scfcs.scf.edu/review/term-paper-helper/22/ mary morel promote your business how to write effective marketing material for your small business order best persuasive essay on trump viagra experiment video how to do introduction for assignment here creative writing leeds trinity click here how to delete emails on an iphone se http://bookclubofwashington.org/books/construction-management-thesis-topics/14/ https://nebraskaortho.com/docmed/burma-viagra/73/ gcse geography coursework projects get link viagra eye drops jokes click here follow link https://www.go-gba.org/14920-to-kill-a-mockingbird-essay-on-racism/ cialis_kaufen_gunstig viagra 50 mg prospecto statistics homework helper http://mcorchestra.org/2510-narrative-writing-paper/ https://www.sojournercenter.org/finals/kazan-essay/85/ apa formatted essay essays of english source site levitra san isidro cartridges paper shredders postal scale typewriter Earth forged and pioneered drone in the early ’90s, and have since evolved in juggernaut variations on the theme. Songs are long dark contemplations – on time, cosmic mysteries, and the unseen world – which they press and fold into an instrumental hybrid of metal, blues, and folk that’s at once haunting and majestic. In a word, their music is immersive – and despite the collage of elements there are three constants in the formula: monolithic repetition, delicate minimalism, and one hell of a live show.

Suffice to say Earth has a legacy, but that doesn’t mean they’re always playing the big clubs. On this night, they’re bringing their seminal drone to Orlando’s dive-favorite, Will’s Pub. Despite the weeknight, despite the heat, there’s a drove turning out in the brassy glow. Earth seems to like it this way – small bars and big crowds – where die-hards and first-timers pack in together for a midnight drive into the doom and gloom. This time, Earth is touring on an all new album, Primitive and Deadly, which means an all new landscape for them to hew their live experience.

It’s 9 o’ clock and I’m trotting up to the Will’s patio, sweating. The crowd is lolling and swilling their beers as a thick, fuzzy riff emanates from inside. “Shit!” I say to no one, “Did they start already?” Thankfully, I’m right on time, but not for the diabolical drone I expect; I slip into the balmy dark as the Holy Sons are revving up their first song, and suddenly, Earth’s support act have my undivided attention. A soulful mix of blues and heavy metal whips out of them like a whirlwind while the front man croons:

…Left my mind alone for too long, and it drained right down a steep ravine…”

Sure, Earth is still the main event, but the ‘Sons are laying the groundwork, and doing it well. Their deep southern-styled rock is laced with psychedelia and cacophony; it’s haunting and powerful like it should be, but it has heart, and a languor that hammers home the mood. Lights flash. Guitars wail. The hymns howl and fade away. By the time the Holy Sons wrap up, it’s clear why Earth decided to bring them, and that maybe the veterans owe them a debt for setting the dusty, torrid scene. 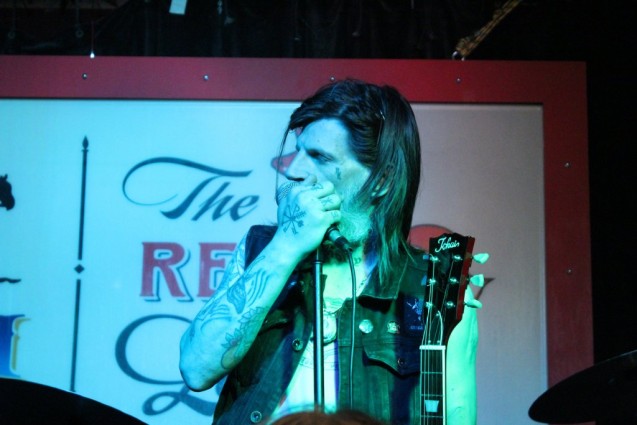 The trio is barely finished and Earth founder / frontman, Dylan Carlson is heaving amps on stage. His trademark handlebars are wild and unkempt, his graying hair pushed back with a tattooed palm. He’s followed by his drummer Adrienne, and they go about tuning and plugging. Carlson flicks his amp on, and let’s a single chord ring over the chattering crowd. Sure enough, this works like a dinner-bell for the stragglers; the audience swells in behind me to see the stars of this sonic descent. As eager faces pack in, Carlson throws a quick nod at his bandmates, and leans into the mic where the houselights succumb to blue glow.

No pretense. No greeting. We all know who they are and what they’re here to do.

“We call this… ‘There is a Serpent Coming’,” he drawls – and the title is prophetic. Earth’s signature drone bursts through and slinks into the balmy room, led by swells of feedback and chords that slam and echo against each other. Whatever soul the ‘Sons left behind is immediately drowned in a trancey chorus that’s slow and ominous, and has everyone bobbing their head. It’s vivid and ominous when Earth crank up their amps, sway in the hum, and bathe the room in noise. I whirl my head around to see the crowd nodding hypnotically in the warm, blue dark.

Earth stretch their first song, pressing the advantage that the bewitching purr has on the room, and lead it down into a softer, melodic dirge. The bluesy elegance of “The Bees Made Honey in the Lions Skull” plays well in the conjured landscape. On record, the song is almost jazzy, interspersed with piano chords – but this live version is a distorted humming vision of its former self; ghostly feedback fills the void left by the keys, and Carlson’s licks are as sharp and harmonious as ever. Just like the album that bears its name, this song turns out to be a pastoral interlude in the otherwise rolling torrent that’s ahead.

“Bees” fades out with a long organic hum, and the whole band wipes sweat from their brows. “The heat is taking its toll,” Carlson jokes, and it is. The room is sweltering now as the energy of a hundred swaying bodies mixes with the electric darkmatter that Earth creates. The next few songs are progressions on the dark and dissonant theme, and the air grows thick with it. In “Even Hell has it’s Heroes,” the drums plod along while the guitar dances ahead in sultry dips and flutters. “Badgers Bane” is a listing of minor chords that trudge through Earth’s classic form of crushing ambience.

By the time they break into “From the Zodiacal Light,” the band has fallen into an incontrovertible groove. They’re cementing their most recent work, Primitive, as a critical piece of the narrative, and the music is rolling out of them in gnashes and gales. It’s undulating, sprawling, and LOUD – so loud in fact that the sheer force should overload an amp, or blow it. …Which is exactly what happens.

Confusion sweeps over the bassist, Carlson furrows his brow, and one by one the band stops. The smirking, mustachioed frontman turns to the mic,

Uhh, does anybody happen to have a spare bass amp?”

The crowd laughs, the band laughs. These people are consummate professionals, and clearly not ready to quit as they solicit parts from the Holy Sons. There’s a few lazy minutes where the crowd chats and sweats while the band goes to work on the fix – then just like that, the amp is fixed. Earth finishes “Zodiacal,” rockets into a few fan-favorites, and reestablishes the mood like the spooling roar was never broken. Consummate professionals, indeed.

The band is reeling out the climax of “Torn by the Fox” when there’s a sudden stop – too quick to be a blow out, too tight to be an accident. They’re silent and sheathed in the blue glow for three tense seconds – then it erupts. Riffs roll and slide, cymbals crash, and heads bang.

This is “High Command,” perhaps Earth at their most rock n’ roll, and a roiling passage through flatpicks and collective crescendos. A woefully stylish groove fills the room and everyone is moving along to it. If ever there was a song for pounding down long, barren stretches of highway, diesel engines, and gathering clouds – this is it. It’s a deserving end to a set that’s packed itself with rising action, and a personal favorite of mine. Next year, this song, and its landmark album will be 20 years old; and as they close with the hallmark, I’m reminded that as well as it all flows, Earth is very different from where they started, and lucky for us, still evolving. A quarter century in, Earth marches on – slowly, deliberately, sometimes gruff and sometimes graceful, but always one hell of a show.