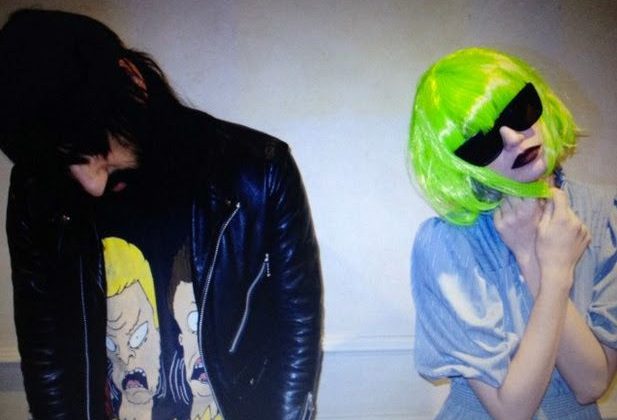 North Beach, Miami, harbors little of the pretense of its more famous southern neighbor. North Beach feels like a lab-beagle mutt at the Westminster Dog Show. How is this sweet, beautiful creature not besting its less authentic competition for the affection and accolades of the world?

The Northern slice of paradise is a quiet beach community — historically Jewish, appropriately conservative, and European-feeling. North Beach is the surprisingly ideal setting for an evening with Crystal Castles and The Flaming Lips. The former is an electro-punk explosion, the latter legendary indie darlings. Both sets deserve mention but Crystal Castles is the surprising belle of the ball.

House of Creatives Festival feels like a college event planning project gone well. The entrance is not clear. Security is lackadaisical and a bit strangely administered. But the feel of the festival’s two stages is expertly designed. The smaller stage is North Beach’s own bandshell. The larger stage, where the two headliners are to play sits on the beach. Your toes are in the sand.

Crystal Castles is a sour scramble of eggs stewing in a vat of ghost pepper broth. At first, even the thought of consuming some is disarming, even a little frightening. But by the third taste, it hurts just right. Lights paste our faces, bass thumps our chest, distortion invades our ears. We gulp a ladle full, then another. Lead singer Edith Frances kicks over a mic stand, the lights go black, music still thumping. Her voice is distorted in a different way than the song before, which was unique from the song before that. Longtime CC fans may claim Edith as a less-than-fitting replacement for former frontwoman Alice Glass. I can’t speak for those people but as someone experiencing the duo for the first time, Edith shines all the same.

Frances appears on top of a giant speaker. She leaps to the ground, still singing, then lays down and writhes near the electrified crowd. The beach is in a frenzy. She takes a bouquet of roses from a fan near the front. The folks in Salem, MA would have her burned for her passion. She carefully separates the flowers into two halves. Then in a fury, she rips one-half into bits and slings the pieces wildly about the stage. Her obsession with expression roils to a frenzy before exploding in a shit-shower of light.

The crowd lights expose our dumbfounded looks. An hour has shot through us. Wide-eyed, satisfied zombies take slow steps to the restroom, merch table, or bar. Some stumble between all three unsure of what to do next. Nothing will be quite so satisfying as what we just witnessed.