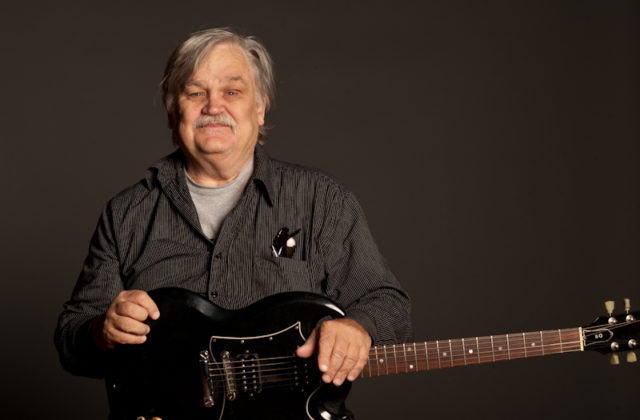 If you aren’t familiar with Col. Bruce’s work, please take a few minutes and do a search. He was in Sling Blade, the Run the Jewels video for “Blockbuster Night Part 1,” Space Ghost Coast to Coast, and that’s just the tip of his IMDb page.

Col. Bruce was also a musical pioneer and one hell of a nice guy. I had the honor of interviewing Bruce once. We talked backstage at Suwannee Roots Revival 2016. As was his way, he made me feel like an old friend.

We talked for thirty minutes. As I initially reflect on his legacy, the thing that keeps jumping out is something he said during our all-to-brief conversation.

Col. Bruce never drank or took drugs because he said they only caused misery and he was more interested in things that bring joy. “Every day, all my life, I work on getting the ego out of the way,” he told me.

Try to look at everything in a new way. The key to life is to have a childlike attitude but not to be childish. I hope to maintain the childlikeness forever.”

Just thirty minutes yielded such incredible nuggets of wisdom and beautiful spontaneous moments. For example, a man walked over during our chat to confirm that my conversation companion was in fact Col. Bruce Hampton. The owner of a restaurant in town wanted to invite Col. Bruce to be his guest for dinner that evening.

As our conversation came to an end, strictly because Col. Bruce had to get ready for his set, I naturally thanked him for his time.

Col. Bruce Hampton: “Man, you are such a gentleman,” he said. “Are you an Aries or a Sagittarius?”

Jason Earle: 16th. How did you come up with that?

Col. Bruce Hampton: “Do you have a pen? You are a Sagittarius with Aries rising.”

Jason Earle: Yeah, and here I’ll get you a blank sheet.

Col. Bruce scribbled for a few seconds on my torn out Moleskin page.

Col. Bruce Hampton: “Pick a number between one and ten.”

Col. Bruce Hampton: “Seven and three. You are walking in the woods. The path is wide. Forty feet away is a key. Is the key old or new?”

Jason Earle: The key is old.

Col. Bruce Hampton: “And what does it look like? Describe it to me in great detail.”

Jason Earle: It is rusted on the bottom. It has one of those old school forks.

Col. Bruce Hampton: “So what type of key is it called?”

At this point Col. Bruce shows me the paper. It reads, “three seven old skeleton key.”

What gives you joy?, I ask him earlier. “Wow, playin’ gives me joy. Something weird I wasn’t expecting. Something off the cuff. I love absurdity.” There is a balanced absurdity to our entire conversation.

Wow, playin’ gives me joy. Something weird I wasn’t expecting. Something off the cuff. I love absurdity.”

A Tribute to Col. Bruce Hampton by Jason Earle.