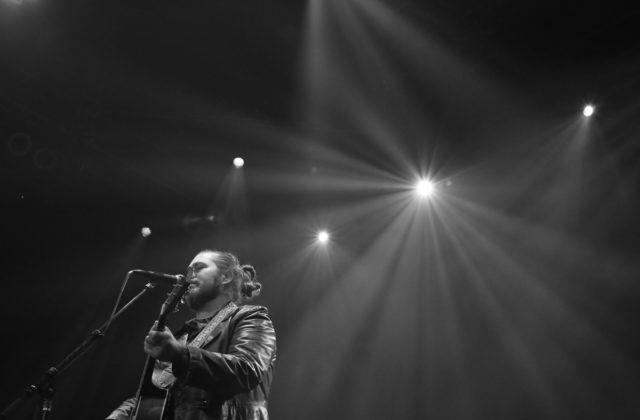 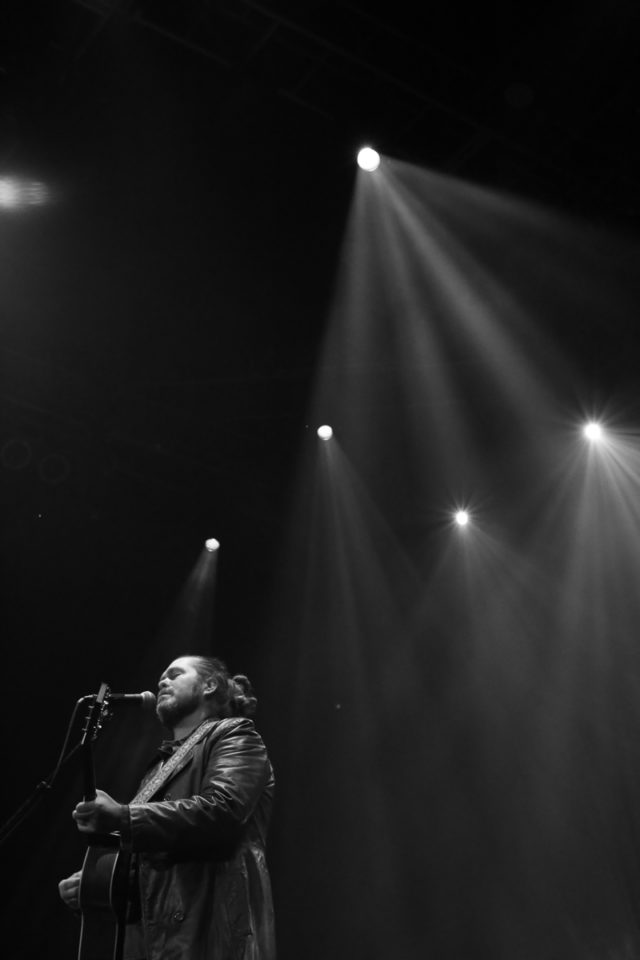 I arrive to the venue right on time at 8:00 PM for the start of the show, or so I think. The set time is clearly posted at the box office window, 8 to 10, but Cope must know that all fans aren’t in the building just yet, and those who are will have no problem waiting a little bit. I enjoy a delicious frosty beverage while visiting with a good friend who had just returned to the USA after traveling Europe & Asia for nearly four years. I don’t mind the delay.

8:30 PM, time to start the show. Cope walks out on stage wearing his signature long leather jacket. “One Lovely Day” is first on the set list, a great song to start the night, followed by “Healing Hands.” Next are two classics, “D’Artagnan’s Theme” and “Pablo Picasso” from his second album, 2004’s The Clarence Greenwood Recordings. Tonight’s first eight songs are solo acoustic, just Cope on stage with his guitar. 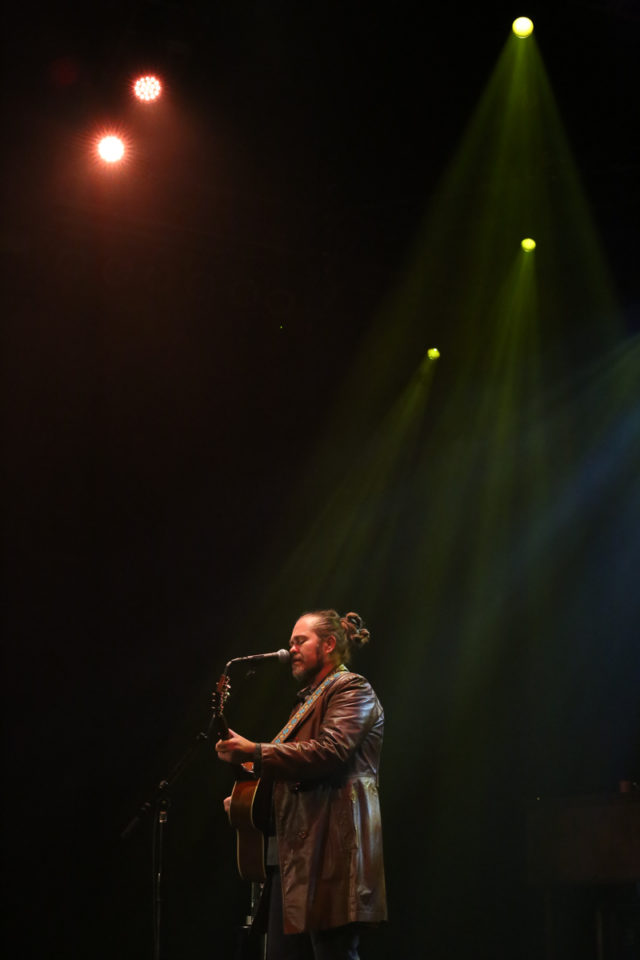 Citizen Cope songs are some of the most beautiful I’ve ever heard: whether they’re sad slow songs or more upbeat tracks. Either way, they grab at your soul strong.  He performs “Lifeline” next and I sing along as if I’m on stage.

“If you’ve come looking for hard times, Hard times ain’t hard to find. Cause we’ve been given that lifeline, Only once in a lifetime. Baby we were born, Maybe we were born, To be sure… to endure, When the storm comes.”

“Mandy” is next, which is the last song on his first album, 2002’s self-titled release. Prior to playing, Cope says that this is only the fourth time that he has ever played it live.

After playing “Every Waking Moment” and “107 Degrees” Cope is joined by his band (drums and keyboard) who remain on the stage for the rest of the set. The band adds that live element which quickly elevates the vibes in the room from mellow acoustic to kickin’ grooves. “Penitentiary” is the first tune with the band, followed by “Yella” which is the first song on the setlist from the new album. Next are two songs that always get my head in prime noddin’ form, “Bullet And A Target” and “Hurricane Waters.” I’ll be honest, I do a lot of head noddin’ to Citizen Cope songs, it’s just natural and fun. Two more new songs are then played back to back, “Justice” and “The River.” 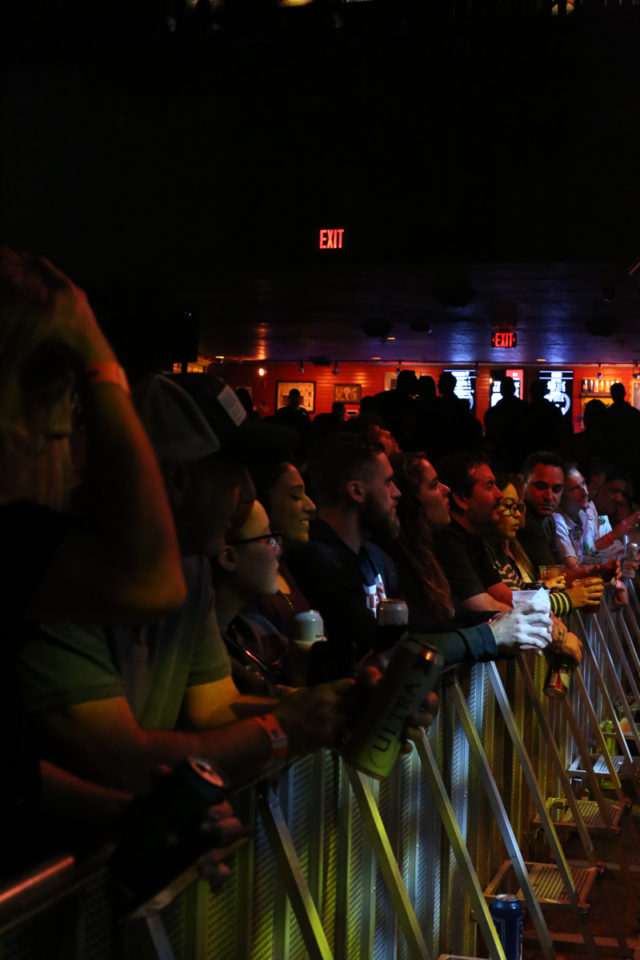 This is where Cope addresses the crowd about the new album and proceeds to play another track from it, “Sally Walks.” Next is the slow love song “If There’s Love.” The set ends with the high-energy “Son’s Gonna Rise” followed by the fun and inspiring “Let the Drummer Kick.”

For the encore, Cope returns to the stage solo for two acoustic tunes. Everyone in the room sings along loud and proud to the heartbreak anthem “Sideways” followed by “Fame” (both off 2004’s The Clarence Greenwood Recordings). The band returns for one more song off the new album, “Carribean Skies.” After finishing the song, the band leaves the stage and show ends with with the intro track from the new album, a poetic spoken word piece titled “Duck Confit.”

I kept track of the set list which is posted below. 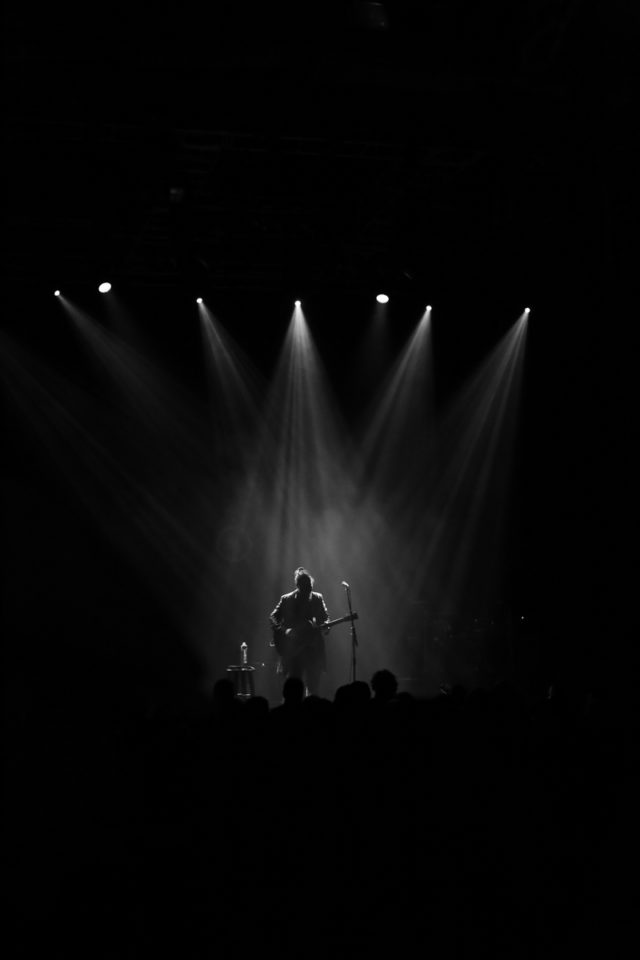