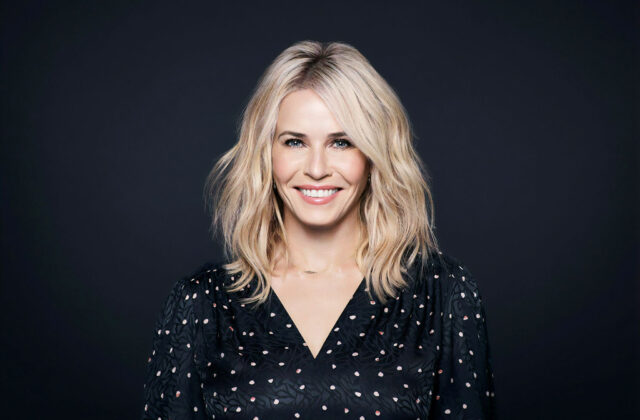 Chelsea Handler was born February 25, 1975 in Livingston, New Jersey. Her first introduction to the world of comedy came to her at a mandatory DUI class when she was 21. She remained silent the entire duration of the course, until the last day. The instructor forced her to the front of the room to tell her DUI story just as every one else had. Begrudgingly, she recounted the story, but in the process, she made the entire class bust their guts in laughter. That was when she was told to become a stand up comedian, and the rest is history.

Not only is Handler an accomplished comedian, but she is accomplished in every other sense of the word. She has had several successful celebrity late night talk shows, including one where she interviewed the likes of Sandra Bullock and Conan O’Brian. Except, with one key detail. The interviews took place in the shower and all parties involved were completely naked. Pretty wild. She has written six books, five of which being NY Times best sellers. In 2010, Handler made it onto the Time Magazine Top 100 Most Influential People. And after a six year hiatus from stand up, in 2020, the critically acclaimed show “Chelsea Handler: Evolution” appeared on HBO Max and earned her a Grammy nomination for Best Comedy Album.

When she is not interviewing A-listers or writing another best seller, Handler is on the ski slopes or smoking lots of weed. Two of her favorite things. Don’t miss your chance to see the outrageously funny and one of a kind Chelsea Handler, Saturday, November 19th at The Peabody in Daytona Beach. The Peabody Auditorium is a gorgeous historic theater constructed originally in 1919, seating 2500 guests (even Elvis performed here back in the day!). GET TICKETS HERE!

We’ve teamed up with AEG Presents SE to give you a chance to WIN (2) TICKETS to see CHELSEA HANDLER at the Peabody Auditorium in Daytona Beach on Nov 19, 2022!