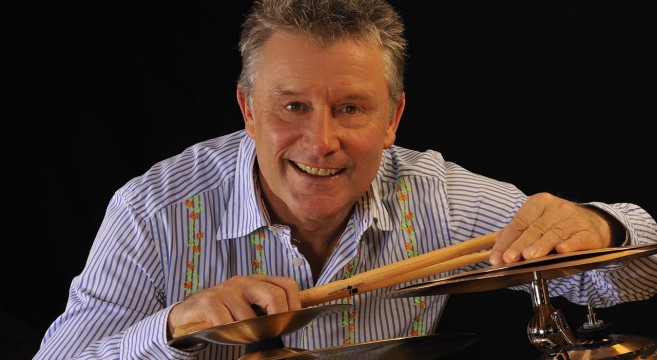 “Welcome back my friends to the show that never ends.  We’re so glad you could attend.  Come inside! Come inside!”

Just as the lyrics from the song “Karn Evil 9” suggest, if you like drums and rock & roll, then you definitely don’t want miss this show featuring Carl Palmer, drummer extraordinaire and dynamic showman, when he brings the legacy of his British progressive rock supergroup power trio Emerson, Lake, & Palmer to Orlando at The Plaza Live on Friday, June 26 (Win tickets below).

Expect an evening of instrumental virtuosity and compelling percussive skills from the man who brought the drum set to the forefront of rock & roll music.

ELP consisted of Keith Emerson (keyboards), Greg Lake (bass guitar, vocals, guitar) and Carl Palmer (drums, percussion).  Their sound was dominated by the Hammond organ, Moog synthesizer, and piano, and heavily influenced by classical music as well as jazz and hard and symphonic rock.  Palmer is certainly in the upper echelon of drummers along with names like Neil Peart (Rush), John Bonham (Led Zeppelin), Mitch Mitchell (Jimi Hendrix Experience) and Keith Moon (The Who).

Palmer has thrilled listeners and audiences for over forty years with his technical and mind-blowing drumming skills, and he knows how to mesmerize with his rhythmic beats and drumstick tricks.  Highlights of Palmer’s live drum solo over the years have included the use of both gongs and tambourines while playing complex double bass drum patterns (Just check out this 11 minute solo from 1970 and see for yourself).

Before ELP formed in 1970, Palmer played in two English bands, including The Crazy World of Arthur Brown and Atomic Rooster.  In 1981 he would go on to be in another supergroup/progressive rock band, ASIA, in the aftermath of ELP’s first breakup.  ASIA included Palmer, John Wetton (former bassist/vocalist of bands including King Crimson, Family, Roxy Music, Uriah Heep, UK and Wishbone Ash), Steve Howe (guitarist of Yes), and Geoff Downes (keyboardist of Yes and The Buggles).  Palmer left ASIA in 1991 to reunite with ELP and after extensive touring and a 1994 album, the second breakup followed in 1998.  ASIA would have various lineup changes over the years, but in 2006, Palmer regrouped for the long awaited reunion of the original lineup.  Since then, the band has done five world tours and recorded two new studio albums Phonenix, released in 2008, and Omega, released in 2010.

In July 2010, Palmer participated in a one-time reunion of ELP in front of an audience of 30,000 at the High Voltage Festival in London.  Says Palmer on his website: “I have the best of both worlds now.  I have an active schedule with The Carl Palmer Band, and I continue to tour and record the original line up of ASIA.  It is very satisfying and gratifying to know the fans are still out there and willing to support and enjoy the music I create.  I hope to keep doing this for many more years to come.”

Want to Win 2 Tickets to Carl Palmer’s ELP Legacy at The Plaza Live in Orlando, FL on Friday, June 26, 2015 AND 2 cold craft beers from our sponsors, Barley and Vine Biergarten?! There are several ways to enter!*

Get Tickets to Carl Palmer’s ELP Legacy In Orlando HERE! (You can always give them to someone else if you win) 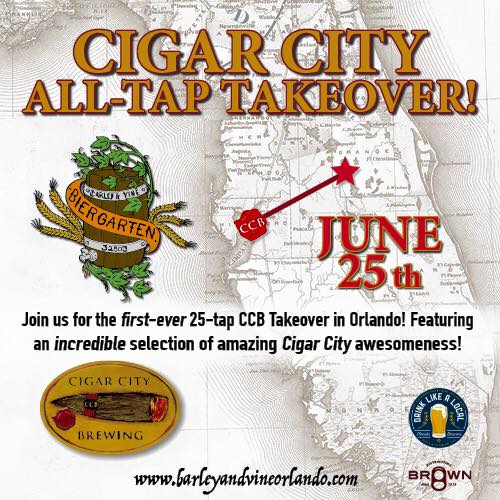